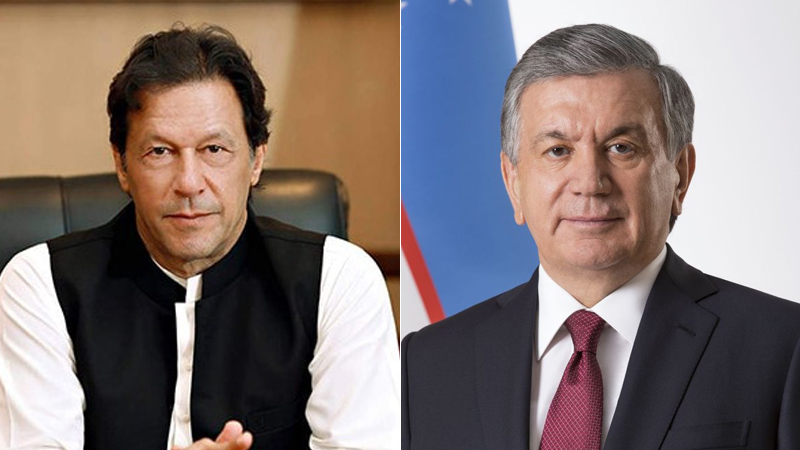 It is gratifying to note that virtual summit at the highest level between Uzbekistan and Pakistan held on April 14 was successfully held and taking this opportunity, I would like to congratulate both brotherly nations on such high achievement. The agenda between Uzbekistan and Pakistan contained many topical issues on the further expansion of trade-economic, investment, transport and logistics partnerships based on the principles of mutual respect, benefit and equality.

The leaders of the two countries agreed on joint actions for cooperation in the areas of economic affairs, defense, security, as well as a partnership in combating against pandemic. At the end parties also agreed to organize the first official visit of Prime Minister Imran Khan to Uzbekistan in July this year.

Uzbekistan supports full membership of Pakistan in the SCO. It is important to mention that the process of Pakistan’s accession to SCO took place during presidency of Uzbekistan in this organization. In 2010, comprehensive preparatory work was completed to launch the process of expanding the organization and in 2016 at Tashkent Summit, memorandums were signed in order to obtain the status of a SCO member state.

The interaction of the two countries within SCO is a fundamentally new platform for the development of mutually beneficial cooperation in the field of security and stability, including settlement of the situation in Afghanistan, as well as transport, trade and investment in both bilateral and multilateral formats.

One of the promising areas of cooperation between Tashkent and Islamabad in SCO is considering transport and economic interconnection in the regions of Central and South Asia including in trans-Afghan direction. Interaction within the framework of SCO Regional Anti-Terrorist Structure (RATS) is being done between two countries on cooperation in fight against international terrorism, illegal drug trafficking, extremism and other challenges and threats.

Within SCO, Uzbek and Pakistan sides have coinciding positions on many issues, in particular in the field of trade, finance, investment, transport communications and transit, as well as in the field of cultural and humanitarian interaction. In particular, during the last online SCO summit in November 2020, Pakistani side, like Uzbek side, came up with a common position regarding the identification of promising priorities for SCO in post-pandemic period – economy, trade, finance and the fight against poverty.

Here I would also like to mention Mazar-i-Sharif-Kabul-Peshawar railway line. This significant trilateral project will provide a completely new transport and transit corridor for Central and South Asian countries. Mazar-i-Sharif-Kabul-Peshawar route with subsequent access to the ports of Karachi and Gwadar will allow us to significantly reduce export and import costs.

From the position of South Asian countries, commissioning of Trans-Afghan railway corridor to Pakistan direction will significantly reduce the delivery time of goods to/from Central Asia, the CIS and Europe. For example, if the project would be fully implemented, the transportation of goods from Pakistan to Uzbekistan will have to spend not 35 days, but only 3-5 days. Instead of movement of almost a month, this will take less than a week. The difference is enormous.

The launch of Mazar-i-Sharif-Peshawar railway will also create a powerful platform for achieving inclusive economic development for Uzbekistan, Pakistan and Afghanistan. The multiplicative socio-economic effect will be expressed in creation of new jobs and construction of roadside infrastructure along the railway route. Only during the construction of the line itself, it is planned to build 264 bridges, 7 tunnels, 641 culverts.

IA this railway project will also contribute to the expansion of the transport and communication network within Afghanistan. Moreover, Mazar-i-Sharif-Peshawar line will become part of the broader infrastructural connectivity of Central and South Asia.

Our countries have a great mutual interest in further increasing of the volume of mutual trade. By assistance of Adviser to Prime Minister of Pakistan for Commerce and Investment H.E. Abdul Razak Dawood effective measures are being taken by Pakistan side to speed up negotiation process on bilateral Preferential Trade Agreement.

According to Statistical Committee of Uzbekistan in 2020 bilateral trade with Pakistan exceeded $123 million. Today, over 140 enterprises with Pakistan operate in Uzbekistan. Their activities are mainly related to trade, pharmaceuticals, textiles, paper, leather goods and food production.

The Intergovernmental Commission for Trade and Economic Cooperation is functioning. During the Online Summit on 14th April our leaders have agreed to that the next session of this Commission will be held in July 2021 in Tashkent. Uzbekistan considers Pakistan as a reliable and promising partner in economic cooperation as well. Taking into account the potential of our countries, this partnership has been actively expanding and strengthening in recent years.

Pakistan is cradle of civilizations closely linked with Uzbekistan and Central Asia. We have a lot of similarities are connected by one religion, single school of Islamic teaching, tasawwuf and fiqh, common centuries-old history associated with the Baburid dynasty, common traditions and values and even language.

There are more than 40 thousand identical words in the Uzbek language and the Urdu language. Many people in Pakistan can say: my roots are in Bukhara, Samarqand or Fergana and so on.

The Baburid dynasty left in Pakistan an invaluable historical and cultural heritage that contributed to the creation of a unique civilization in the region, including literature and art. And this is the solid foundation of unique, strong and friendly Pakistani-Uzbek relations. In February of this year, we jointly organized an opening ceremony of the “Center for Babur’s Legacy” in Punjab University during of which held a contest among 70 students who presented their paintings dedicated to Baburid’s dynasty in Pakistan etc.

In Uzbekistan operates “International Babur’s Foundation” who IA will work closely with the “Center for Babur’s Legacy” in Punjab University in order to promote the heritage of the Baburids in Pakistan as well as to organize joint conferences dedicated to the life and work of our great common ancestors.

The writer is Ambassador of Uzbekistan to Pakistan