Killings, arrests and protests continue for second day in Pakistan 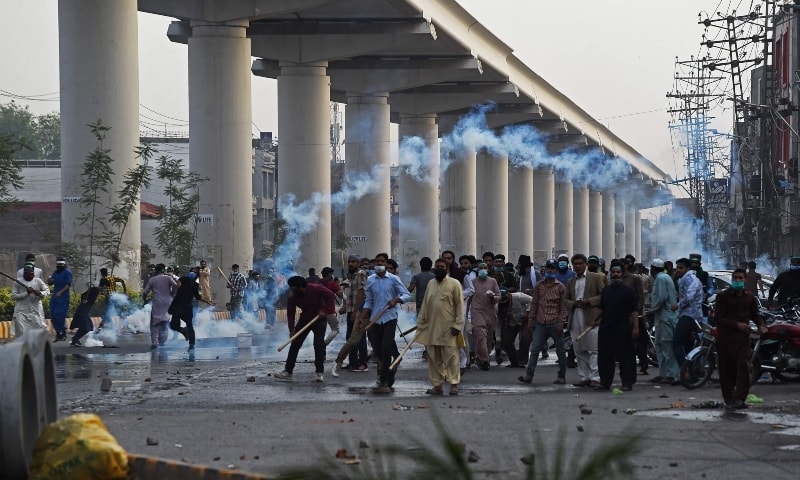 KARACHI: At least three people have been reported killed and more than 100 supporters of Tehreek-e-Labbaik Pakistan (TLP) were arrested overnight as the right-wing party’s protest entered the second day after the arrest of its chief Sahibzada Saad Hussain Rizvi a day earlier.

The deaths occurred in the Faizpur Interchange area of Lahore. A police constable was also killed by protesters in Lahore, he was deployed at Gowalmandi police station.

According to sources, there are severe traffic jams in different parts of Lahore. Traffic remains paralyzed at Yateem Khana Chowk, Ferozpur Road, Shahdara, Daroghwala Chowk. In Faisalabad, traffic flow has been severely affected due to closure of various highways.

In a statement, party spokesperson Tayyab Rizvi said that there was no truth to reports that the protests had been called off. “They will continue till the French ambassador is deported,” he said.

Federal Interior Minister Sheikh Rashid Ahmed said , government has decided to take action against law-breakers ordered to reopen several road and entry and exits points that were closed due to protests by a religious party.

On the other hand, a meeting chaired by Punjab Law Minister Raja Basharat has decided to deploy Rangers along with police at 16 points of Lahore.

The TLP is protesting blasphemous caricatures published in France and demanding that the French ambassador be sent home and import of goods from that country banned.