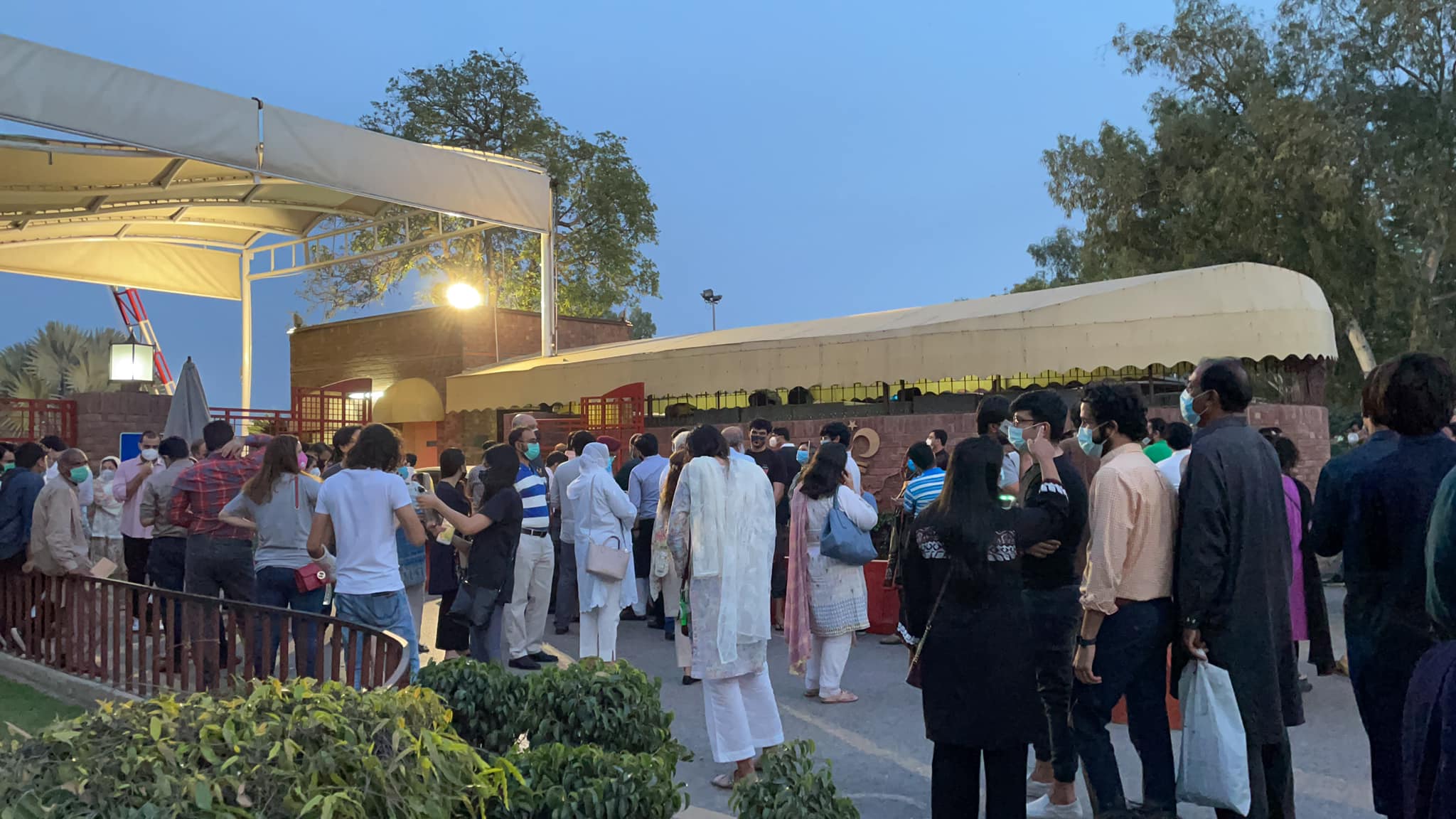 Lahore: Citizens complained about mismanaged coronavirus vaccine facility at Shaukat Khanum after they had to wait 5-7 hours in the queue with no social distancing to get the vaccine even after registration.

Russian vaccine for COVID-19, Sputnik V, was made available for private sale in Lahore, Karachi and Islamabad through major private medical hospitals in the cities.

Pre-registration and walk-in facilities were set up for the citizens who wished to receive the vaccine priced at Rs. 12,268.

Disappointed citizens took it to the internet and shared their terrible experience at Shaukat Khanum vaccine facility in Lahore.

People complained about long waiting hours and still being refused the vaccine. Sharing their experiences, they said that they had to wait up to 6-8 hours to finally get the vaccine. There was no implementation of SOPs at the facility, they added.

So after waiting about 8 hours waiting in the line and getting no vaccine the ppl here actually lost their shit and pretty much waited another hour as the management refused to talk crowd outside waiting for their vaccine. #shaukatkhanum is litreally like the worst place to go pic.twitter.com/VzpWCiUfZ0

The Shaukat Khanum vaccine sich: terribly mismanaged and we were turned away after registering details and waiting for 3.5 hrs. Brother and bhabi got theirs after waiting 6 hrs. pic.twitter.com/faqPFbBczX

According to sources the registration system was bogus, and the walk-in system was first come first serve basis which made people wait until 3 am to finally receive the first dose. People were seen observing no social distance and following no SOPs.

People sharing their experience on Twitter said that they were kept waiting in line for hours and then told to come back later in order to receive the vaccine.

Another concerned citizen who went through terrible experience at the Shaukat Khanum vaccine facility voiced their concern in a detailed Facebook post.

“I went to get vaccinated at Shaukat Khanum Memorial Cancer Hospital and Research Centre yesterday and the entire process wasn’t just disappointing but also extremely worrying. Do not go to get vaccinated unless you have at least 9 hours to spare in the night and the courage and stamina to stand in long crowded queues amidst a peaking coronavirus wave in the city. I would strongly recommend places respecting appointments (heard Chughtai is) instead of waiting in walk-ins”, they said. 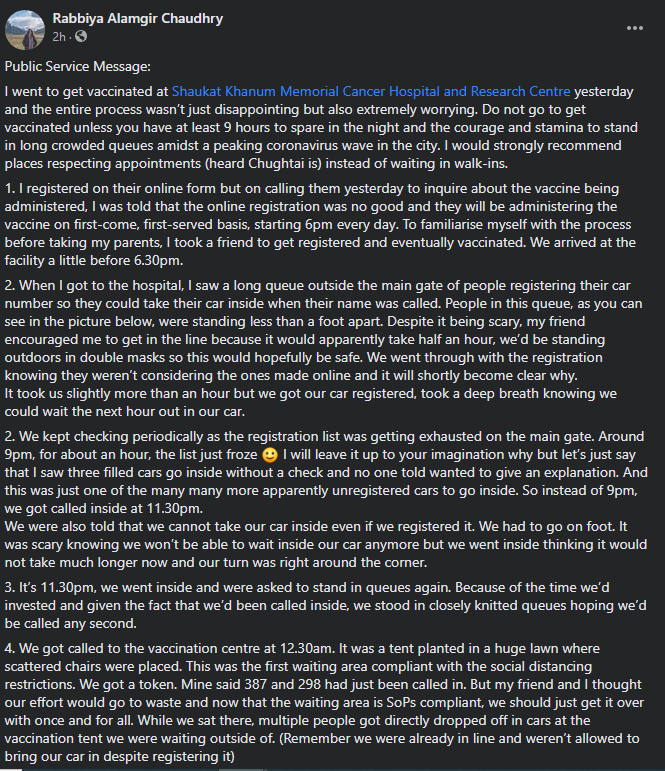 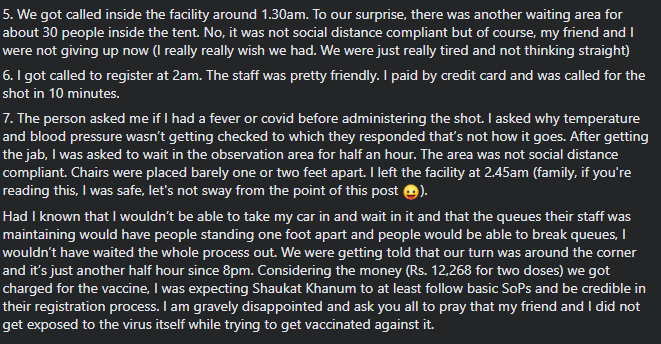