* New report cites fears that region could break into 2 camps, with China, Pakistan on one side, while India, US on other 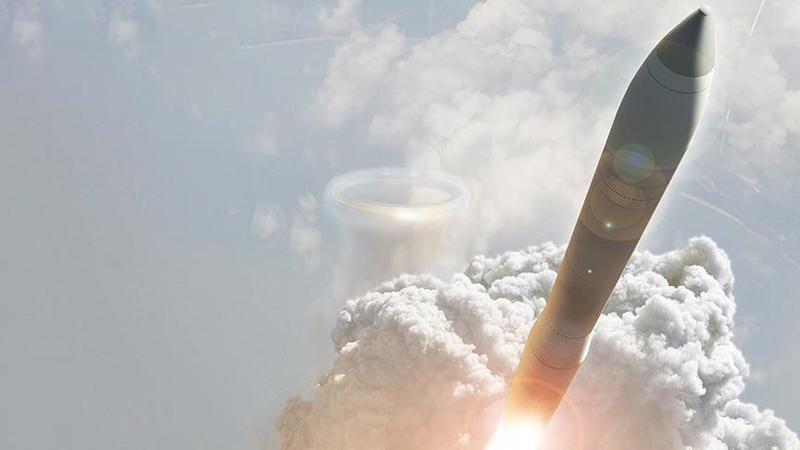 Expressing concerns over “external trends filtering into the region,” a new report on nuclear challenges in South Asia sees nuclear warheads as “potential triggers for accidents or further escalation,” particularly when deployed at a tactical level.

It also warned that the contrasting focus and pattern of nuclear engagement between China and the US could break the volatile region into two camps, with Washington and New Delhi on one side, and Beijing and Islamabad on the other.

According to the institute, the report is “without attribution” based on 119 interviews conducted last year with experts, researchers, military officials, and politicians from India, Pakistan, China, Russia, and the United States.

It said: “Their [the experts’] insights demonstrate the need for a greater and more flexible engagement to enhance not merely understanding of South Asia, but rather how it interlocks with broader international nuclear dynamics.”

The discussions revealed a number of interlocking points that offer building blocks for both official and unofficial engagement on issues such as “no first use (NFU), lowered nuclear thresholds, conventional and nuclear entanglement, escalate to de-escalate, and emerging technology development.”

The report has cited a slew of “escalatory events” in South Asia involving China, India, and Pakistan under “nuclear shadow” – in which these nuclear countries conduct low-intensity military operations against each other over disputed territories.

These included the escalating tensions between India and Pakistan following attacks on the Indian parliament in 2001, in the 2008 Mumbai attacks, and in Balakot in 2019, as well as the China–India tensions over the Depsang incursion, the 2017 Doklam stand-off, and the 2020 Galwan River Valley skirmishes.

“While each case has elicited debate, less attention has been given to the role of nuclear weapons, or lack thereof, in these various stand-offs,“ the report said.

From one perspective, it added, even when not actively engaged, nuclear postures and technologies are seen as looming in the background and limiting events from spiraling out of control.

The report, however, went on to say: “They are seen as potential triggers for accidents or further escalation, particularly when deployed at a tactical level.”

Experts from each country tended to see the other country as playing a larger and more destabilizing role in South Asia.

Chinese experts, according to the report, focused on past US weapon sales to the region, the India-US nuclear deal, the US Indo-Pacific Strategy, and the Quadrilateral Security Dialogue, which have had a strong focus on China as well as India.

US experts, for their part, cited China’s conventional and nuclear weapons outreach to Pakistan, military training, and the China-Pakistan Economic Corridor under the Belt and Road Initiative (BRI).

“This different focus and pattern of engagement led some US experts to express concern that the region could break into two camps, with the US and India on one side, and China and Pakistan on the other,” it cautioned.

Pakistan and India are among the handful of countries with nuclear arsenals. India joined the nuclear club long before Pakistan, in 1974, prompting Islamabad to follow suit.

Discussing the nuclear engagement between the two longtime rivals, experts from both countries, according to the report, focused on how the other has engaged in lowering the nuclear threshold, and there was a mutual interest in how Chinese–US competition in emerging technologies may have cascade effects that shape South Asia’s deterrence landscape.

“Both Indian and Pakistani experts expressed concerns over how such technologies as hypersonic weapons, artificial intelligence, and autonomy may change the deterrence landscape, particularly in terms of surveillance, command and control, and even shorter reaction times,” it maintained.

Islamabad silently developed its own nuclear capability in the 1980s, when it was an ally of the US in the first Afghan war against the crumbling Soviet Union.

It did not conduct any nuclear tests until India carried out a series of its own tests in 1999. Only three weeks later, Pakistan conducted six successful tests in the remote Chaghi district near the Afghanistan-Iran border, stoking fears of a nuclear war between the longtime rivals.

According to SIPRI, India currently possesses between 80 and 100 nuclear warheads, while Pakistan holds between 90 and 110.

Despite heightened tensions between New Delhi and Beijing in recent years, experts from both sides see “no chance” of a nuclear escalation between the two South Asian giants.

The report said the experts had the prevailing view that the countries shared the same stance on the NFU policy.

“And that nuclear escalation between the two was not only unlikely but also unthinkable.”

“While stabilizing in the context of tensions at the China–India border, the assumption that both parties are operating from the same starting point merits greater examination—in relation not just to NFU but also to a range of nuclear postures from de-mating to targeting,” the report further said.

Assumptions of “postural parity” may bring stability in the short term but could contribute to “misunderstanding and miss-signaling” in the longer term, it cautioned.

“Overall, these findings illustrate the need for greater, and more comprehensive, engagement that features flexible bilateral, trilateral and multilateral groupings of India, Pakistan, China, Russia and the USA when discussing targeted aspects of nuclear dynamics in South Asia,” the report noted.