* Today, let us walk you through the apple orchards of Shopian 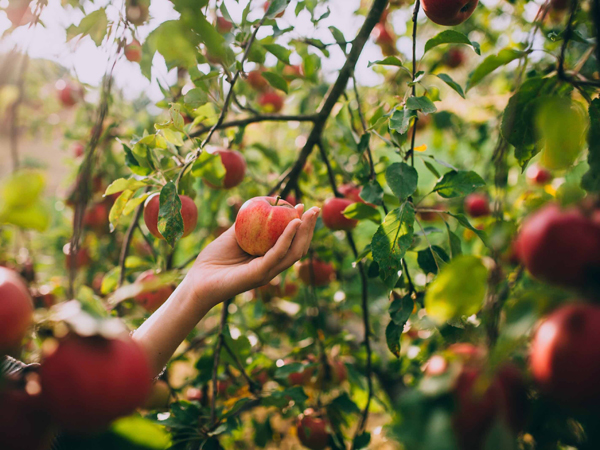 Kashmir is proudly known as the Paradise of Earth and is also home to temperate fruits like apples for which the state is very famous across the globe.

The many shades of Kashmir will leave a sense of deep joy, contentment and satisfaction in you. It is only nature that will never fail you. Nature adds its dash of colour to the dimmed overcast day.

Today, let us walk you through the apple orchards of Shopian. As we know that Kashmir is referred to as the ‘famous fruit bowl’ of India. The green apple orchards dotted with snow-capped peaks rising above the horizon is a feast for the eyes.

Kashmiri apples particularly Shopian apples have gained popularity among the people across the globe for their crispiness, aroma, flavour and attractiveness. Shopian’s apple orchards are spread over 26,231 hectares, making the town, the biggest apple producer after Anantnag, which has 33,768 hectares of apple orchards. Shopian fruit Mandi has emerged as a change agent and emanicipator for the farmers and fruit growers of south Kashmir. earlier, the farmers were dependent on the market in Delhi and were usually left disappointed. With the establishment of a market close to home, we are the masters of our own crop which wasn’t the case earlier. The fruit and vegetable market Shopian has become a platform for this mass trade of apples, pears, cherries, apricots, plums, peaches and likewise.

Kashmiri apples particularly Shopian apples have gained popularity among the people across the globe for their crispiness, aroma, flavour and attractiveness. Shopian’s apple orchards are spread over 26,231 hectares, making the town, the biggest apple producer after Anantnag, which has 33,768 hectares of apple orchards

Kashmir is the prime source of the total apple production of the country. Kashmir’s geography ultimately is the boon for the optimal growth of apple and thus Kashmiris apple is the king in quality. you can make an instantaneous judgment on its uniqueness by seeing the distinguished color, shape and quality of the apples. There are around 113 varieties of Kashmiri apples that the valley can boast of. People in shopian enjoy plucking the juiciest apples from the trees. Oct is here, and in the valley around this time the countdown to picking apples from orchards has begun. Shopian apple are specially hand-picked with love and carefully packed by local trained person in wooden or cardboard boxes waiting to be shipped to the rest of the country and abroad. Apples are packed in four or five layers and each layer is covered with dry paddy grass in boxes. A box carries an average weight of 18 kilograms. 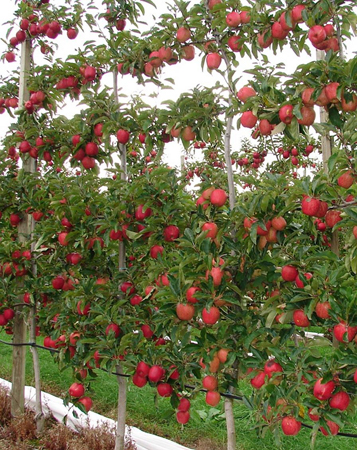 A good portion of apples consisting of early dropping, varying in size and colour, and deemed unsuitable for sale in packaged boxes are supplied to the local juice factories located in the lassipora area of district Pulwama. The juice is supplied to the local markets while the extract is used as the cattle feed.

Since apple cultivation has attracted everyone’s attention, now and each year tens of thousands of apple trees are planted and each year thousands of kanals of irrigated land, paddy in particular, are converted into horticulture land. Experts say that this shift has adversely affected the hydrological cycle in the valley. The shrinking of paddy fields at a rapid rate is also contributing to a higher possibility of floods.

The writer is a student of University Gwalior and can be reached at sheikhyounis18@gmail.com