Impressions about Aghdam: Our Resurrected Spirit in the “City of Spirits”

It was an incredible and indescribable feeling to visit our sacred lands without exaggeration as part of a group of MPs, media and NGO leaders, as well as public activists, who visited the Aghdam region yesterday, which was liberated from 27 years of Armenian occupation on the instructions of President Ilham Aliyev. 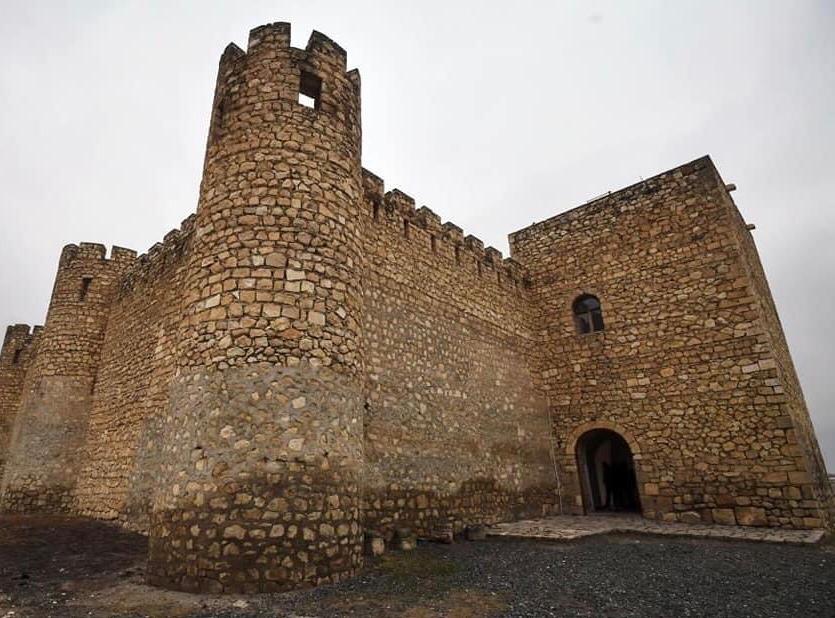 The visit to Aghdam with the participation of Hikmat Hajiyev, Assistant to the President – Head of the Foreign Policy Department of the Presidential Administration, was very significant for me. I was a child when Aghdam, which was considered the mainstay of Karabakh, that the Armenians were frightened when it was mentioned, and was occupied only as a result of a great betrayal. When I grew up, fate did not give me the opportunity to be in Karabakh. 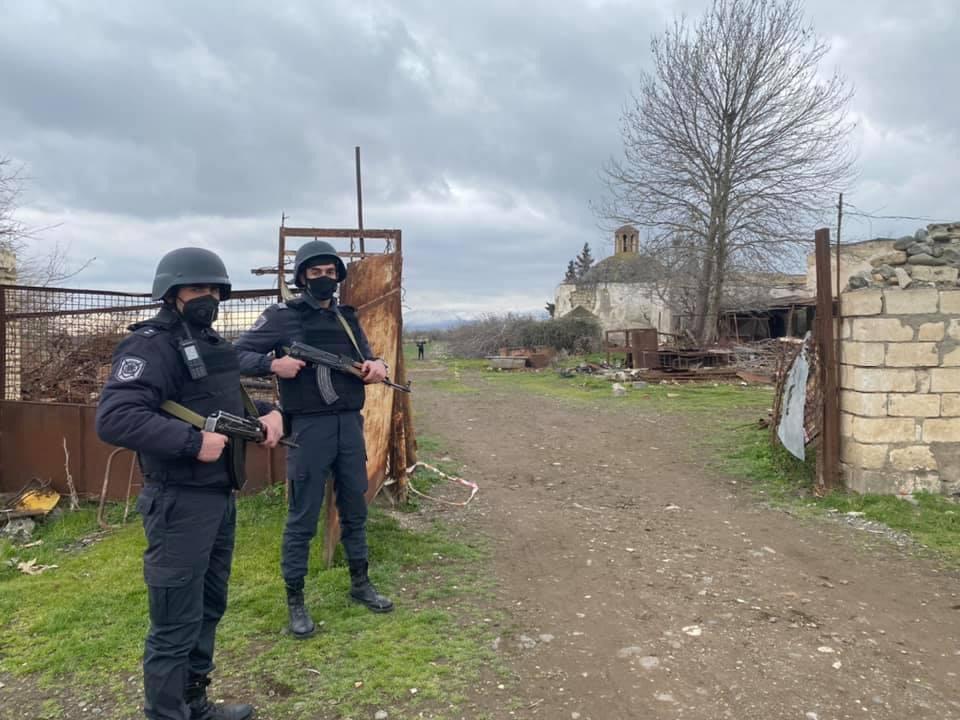 Now, thanks to this trip, I was able to go to Aghdam. The world has long recognized Aghdam as a “city of spirits.” Yes, the Armenians, who tried to steal and appropriate whatever belonged to other peoples, did not lay a stone in Aghdam, which became one of the few cities not only in Azerbaijan and Karabakh, but in the Caucasus as a whole, until the 1990s. The Armenian character has shown itself in Aghdam, without exception, one hundred percent. Aghdam, which only 30 years ago looked beautiful, now resembles the ruins of a millennium … It is impossible to watch this scene calmly, without anger and excitement!

We are walking around the “City of Spirits” … This is the temple of art, which once had a special place in the cultural life of Azerbaijan – the remains of the Aghdam State Drama Theater named after Abdurrahim bay Hagverdiyev … I try to revive the recent past … I imagine that our carefree compatriots will go to the premiere of a play with great interest during the theater season … But the scene I see – the remains of the theater cut my dream in half, does not allow to continue …

As we walk around the city, our way passes through the destroyed mausoleums of Panahali khan, the founder of the Karabakh khanate, and Natavan, the Khan’s daughter. The hated Armenians treated the mausoleums of these prominent personalities in accordance with their savagery: the mausoleums were destroyed; the Armenians kept the animals that are synonymous with their names in the place where their owners slept forever … What else can we expect from these “we children” of history?

We are now in the Juma Mosque. The peace of the mosque, which is in a dilapidated condition, gives us some peace of mind. We pray for our martyrs and great personalities, and we ask God not to send any more trouble to our people.

The Imarat Stadium, once the home of the “Karabakh” football team, which has gained the status of a football brand in Azerbaijan for several years … The fate of this sports temple is no different – the arena is reminiscent of a ruin. By the way, we also visited the grave of the Legendary Commander, National Hero Allahverdi Baghirov, who was the head coach of “Karabakh” in the past, and prayed for his soul to be happy.

We are going to the Second Alley of Martyrs in Uzundara, where our compatriots who died in the First Karabakh War slept. There, too, we face the most disgusting face of Armenian savagery. The alley has been destroyed … We ask God to bless all our martyrs and express our confidence that the alley will be renovated soon.

There was an important exception that caught our attention during the visit. For some reason, the Armenians, who destroyed everything in Aghdam, did not touch the historic Shahbulag Fortress. Shortly afterwards, we learned the reason for this. Don’t laugh, the thief Armenians claimed that Shahbulag was “Tigranakert founded by Tsar Tigran” … Of course, we were not surprised. In any case, honored Hikmat Hajiyev skillfully destroyed the myth of the Armenians “Tigranakert” on social media, so that the Armenians are unlikely to make this claim again.

During the visit to Aghdam, we also had the opportunity to get acquainted with other areas. It should be noted with anger that the Armenians planted countless anti-personnel and anti-tank mines in Aggdam, wherever possible. While in those areas, we witnessed how responsibly and selflessly ANAMA staff worked to keep mines clear. According to them, they will do their best to complete this work as soon as possible.

At the end of the visit, we shared our impressions with friends at a tea party. Besides the conversation, the taste of the tea I drank was different … I believed that I drank the most delicious tea of my life in Aghdam.

There is no doubt that the tea I will drink in the reconstructed Aghdam will be more delicious. 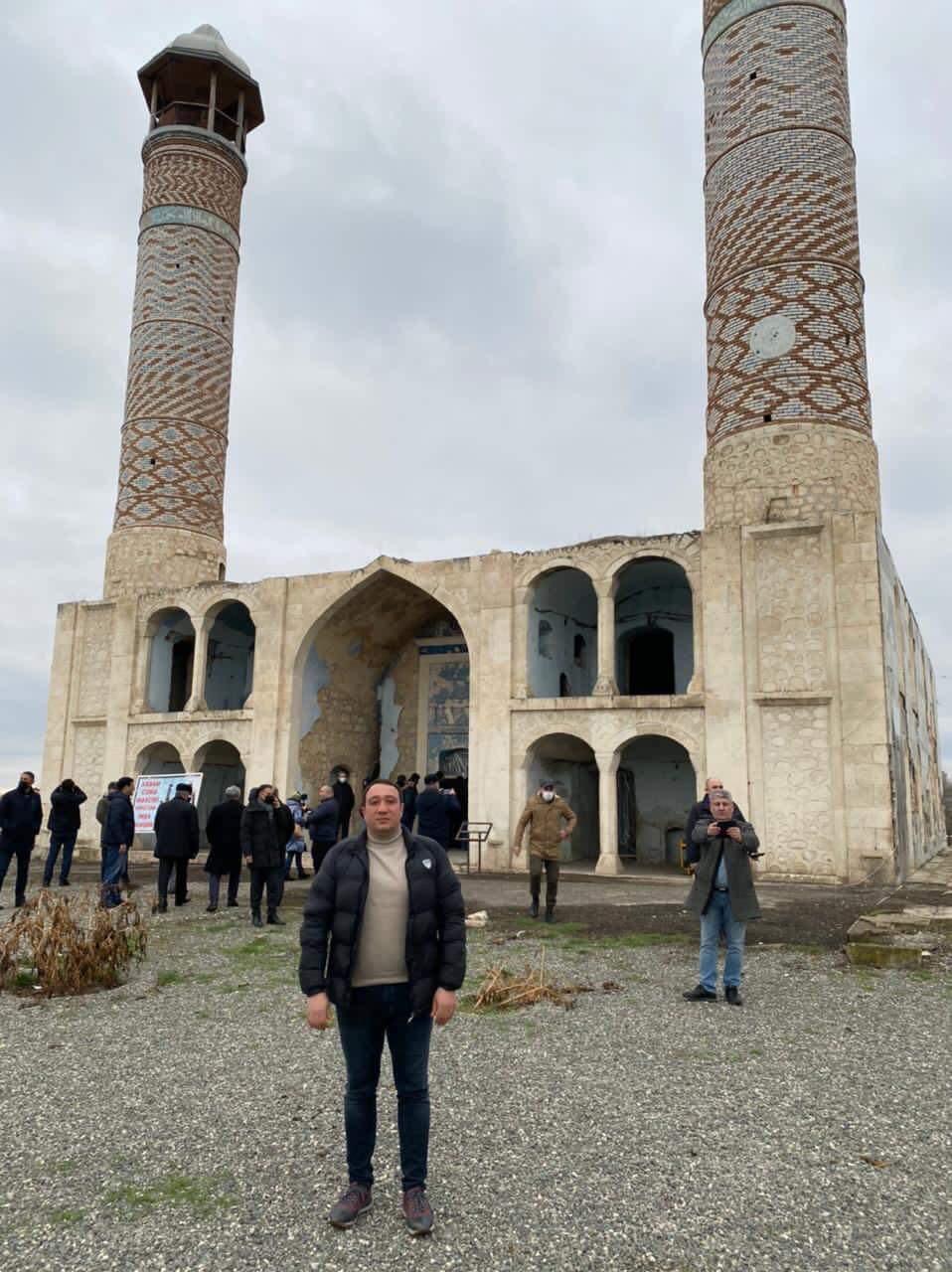 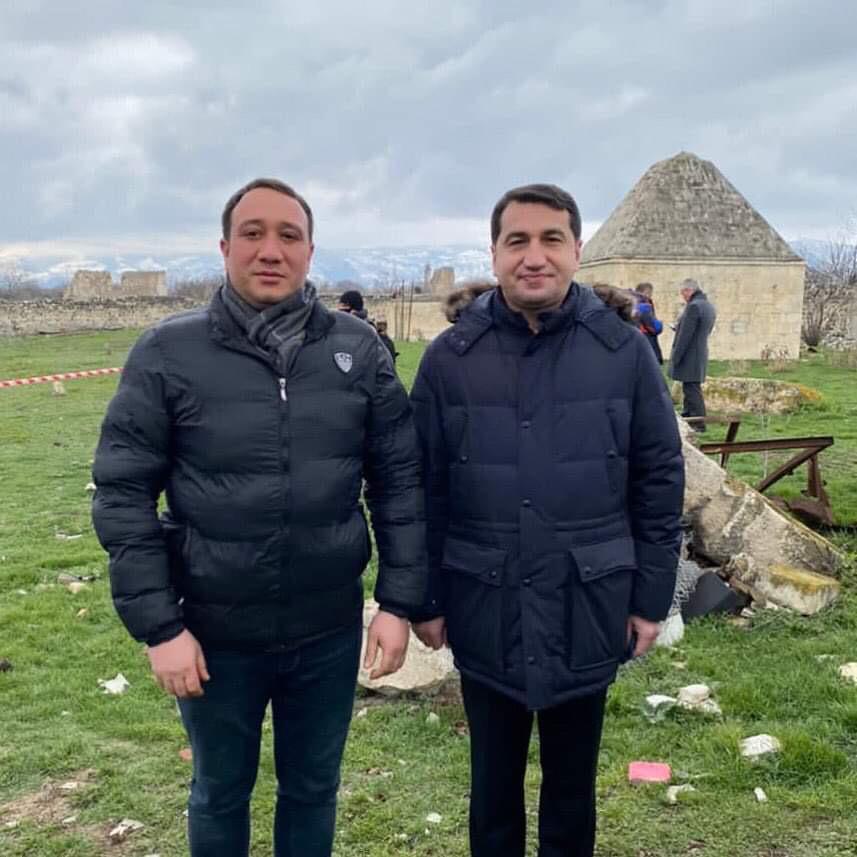