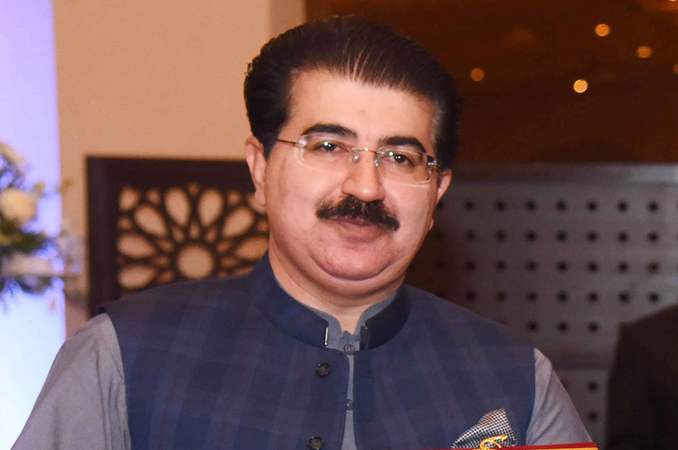 sadiq-sanjrani-1Minister for Railways Azam Khan Swati has stressed the need of electoral reforms for the country’s betterment.

Addressing a news conference along with newly elected Chairman Senate Sadiq Sanjrani on Sunday, he said that electoral procedure should be made easier to bring transparency in elections.

The minister said: “If the opposition is sensible, if they wish to serve democracy, they must know that reforms can only be brought with the law and Constitution.” He said the government simply seeks to make the Senate election process “so transparent that everyone should know who voted for whom”.

“The only way to defeat this practice of vote buying is by implementing what Imran Khan is saying,” Swati said. He also called for the 39 amendments in the Election Act that he has filed to be passed by the parliament.

Swati said that the Pakistan Democratic Movement (PDM) “rejected” Maulana Fazlur Rehman’s candidate in the Senate election and he should now rethink siding with the opposition alliance. Swati’s remarks referred to the defeat of Haideri, who is a member of the Fazlur Rehman-led JUI-F party, and who obtained 44 votes versus Mirza Muhammad Afridi’s 54.

“PDM rejected [Fazlur Rehman’s] candidate. There is no room for him [in the alliance] now,” the minister said. “He should think again if he wants to continue [siding with them],” Swati added.

Swati said that the way “cracks are emerging in PDM means that the parties have always served their own interests”.

“Their narrative has been defeated and they must repent now and allow us to complete Imran Khan’s reform agenda for the next two and a half years — and then we will again emerge victorious in 2023,” he said.

The minister said that PDM’s sole motive is to protect their personal interests. He said that Pakistan Muslim League-Nawaz (PML-N) leader Javed Latif should resign over his condemnable statement.

Speaking of the opposition’s decision to challenge the Senate election results, he said that no matter what the opposition does, the “Constitution protects us”.

“This is not an election held by the Election Commission. This is an upper house election. The Election Act has no bearing on this,” he said, adding that there are two Sections of the Constitution that “guarantee us full protection”.