The SpaceX rocket prototyped called SN10 exploded on the landed pad after a smooth flight. It was the third SpaceX failure involving prototypes aimed for Mars.

Within three minutes of an apparently successful landing, the heavy-duty launch vehicle prototype exploded on the landing pad.

“We’ve had a successful soft touch down on the landing pad,” SpaceX engineer John Insprucker said during a livestream of the event. “That’s capping a beautiful test flight of Starship 10.”
It was unclear what caused the rocket to explode after landing, and the SpaceX livestream cut out before the conflagration. 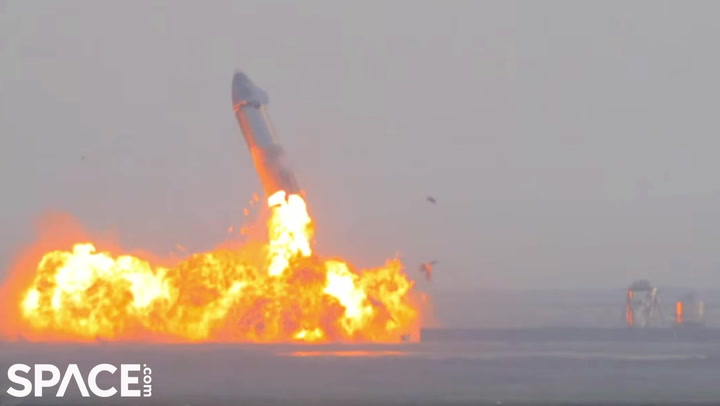 He added that SpaceX has several other prototypes already in production and the next, SN11, will be ready to roll out for another test flight ‘in the near future.
SpaceX’s first launch attempt on Wednesday, around 3 pm CT, was aborted at the last tenth of a second. SpaceX CEO Elon Musk said in a tweet that the abort was triggered by pre-set standards around the rocket’s thrust, which Musk described as “slightly conservative.” He added that the company would increase the rocket’s thrust limit, giving the rocket more wiggle room for getting a go-ahead for liftoff. The company then recycled the SN10’s fuel ahead of the second, successful attempt.
Musk first explained Starship’s intended landing method during a September 2019 media event. He billed it as a unique maneuver that would see the rocket dive back through the air with its belly pointed toward the Earth as its four fins shift slightly to keep it steady. It’s a maneuver that Musk said is intended to mimic how a skydiver would fall through the air, rather than the straight vertical descent to Earth that SpaceX’s Falcon 9 rockets employ when they come in for landings.
A first orbital Starship flight is planned for year’s end. Musk has said he intends to fly Japanese billionaire Yusaku Maezawa around the moon with the Starship in 2023.