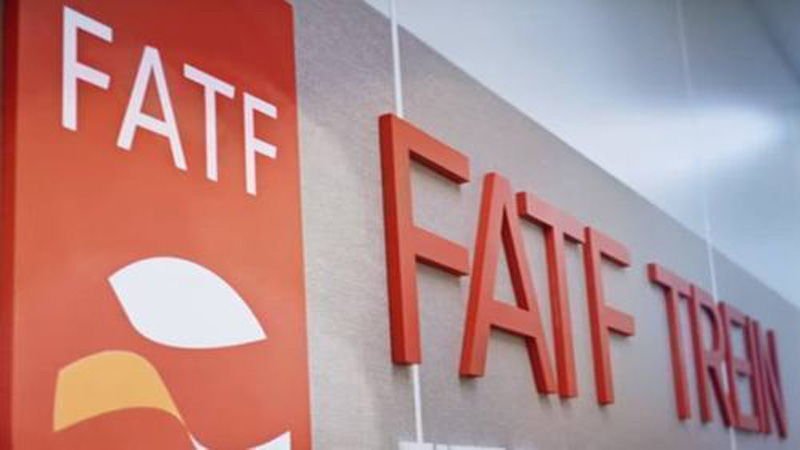 The global money laundering watchdog on Thursday said it would keep Pakistan on its terrorism financing ‘grey list’.

In an online press briefing from Paris, Financial Action Task Force (FATF) President Marcus Pleyer said Islamabad has made progress but is yet to complete its action plan to overcome deficiencies in its combating of money laundering and terrorism financing. He said that while FATF recognises Pakistan’s counterterrorism efforts, there are still some serious deficiencies that the country needs to address. “Out of the 27 conditions, three still need to be addressed,” he said. “I recognise Pakistan’s efforts, and out of the six tasks that it had to complete, three had been [done] in an outstanding manner, but it substantially needs to work on the remaining three, particularly in terms of terror financing.”

Pleyer stressed that Pakistan must continue to work on the items that it has committed to and make sure that it meets all the requirements, adding that FATF will once again review Pakistan’s efforts in June 2021. Replying to a question related to terrorists’ prosecution in Pakistan, he said that the body is ‘not an investigative organisation’, and that it ‘does not look at single incidents but takes a look at the entire framework [to decide a country’s status]’. “Pakistan has committed at a high-level […] and it’s not a time to put it on the blacklist,” he said. “The deadline for Pakistan [to meet the 27 conditions to get off the grey list] had expired, that is why the body had urged Pakistani authorities to ramp up their efforts in dealing with the items.”

Regarding India, he said that the country has been subjected to the ‘same rules as others’, adding that the watchdog would take a look at India when the time comes. Pleyer added that FATF continues to monitoring financial crimes and terror financing which have become more complicated due to the ongoing coronavirus pandemic.

The decision comes after a three-day virtual meeting of the FATF that began on February 22, during which steps taken by Pakistan against terror financing were reviewed. Pakistan’s delegation in the FATF Plenary was led by Hammad Azhar, Chairman FATF Coordination Committee/Federal Minister for Industries and Production, and attended by senior officers from Ministry of Foreign Affairs, National Counter Terrorism Authority (NACTA), Financial Monitoring Unit (FMU), National FATF Secretariat and other key stakeholders, according to a press statement issued by Finance Ministry. The FATF acknowledged the continued high-level political commitment of Pakistan to combat terrorist financing which, according to FATF statement, has led to significant progress across a comprehensive countering financing of terrorism plan. Pakistan has undertaken enormous work to strengthen its Anti-Money Laundering/Combating the Financing of Terrorism (AML/CFT) regime and address the strategic counter-terrorist financing related deficiencies.

In addition to the acknowledgement by FATF in its plenary statement that Pakistan has made significant progress on the entire action plan by addressing 24 out of the 27 items in the action plan, Pakistan has also made notable progress in the remaining 3 action items which also stand partially addressed. As of now, all the 10 action items pertaining to the financial sector and border controls have been addressed.

In relation to terrorism financing investigations and prosecutions, six of the eight action items have been addressed, whereas for targeted financial sanctions, eight of the nine action items also stand addressed. The progress on the remaining three action items is well underway with significant progress made so far.

Responding to the development, Minister for Industries and Production Hammad Azhar said that Pakistan had completed as much as 90% of the FATF’s action plan. He said that the FATF has acknowledged Pakistan’s high-level political commitment since 2018 that led to significant progress. “It was also noted by FATF member countries that Pakistan is subject to perhaps the most challenging & comprehensive action plan ever given to any country,” he wrote on Twitter. “We are also subject to dual evaluation processes of FATF with differing timelines,” he said. “Pakistan remains committed to complying with both FATF evaluation processes and I would like to commend the hard work done by dedicated teams in multiple government departments at federal and provincial tiers,” he said, adding that he will be holding a press conference at 11:30am on Friday in response to the FATF decision.