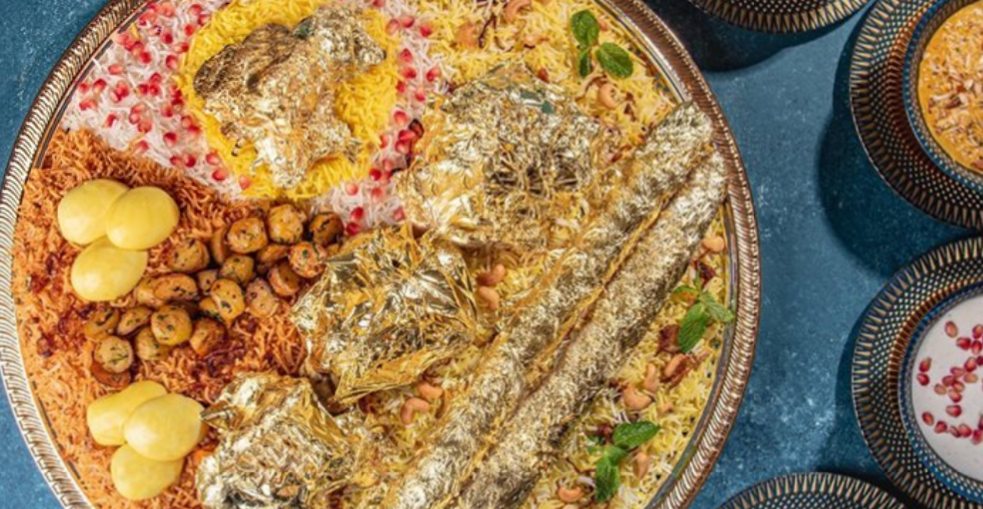 The world’s most expensive biryani has been launched in Dubai by an Indian-origin restaurant at a price that’ll leave you with a gaping mouth and eyes wide open in shock.

According to reports, the Royal Gold Biryani was launched by Bombay Borough, a luxury dining space in Dubai International Financial Centre (DIFC), as part of their special anniversary celebrations.

If you are paying through your savings for a dish, you might as well eat gold. This dish, purportedly the most expensive of its kind, served at Dubai’s Bombay Borough won’t give you a chance to complain as it is literally served with gold. The Royal Gold Biryani is nothing short of its name — it is served with 23 karats of edible gold and is royally expensive at AED 1,000 or Rs 19,707 approximately.

It is true that we don’t mind paying a little extra for scrumptious foods, but how far can you go to pay for a lavish platter of biryani? Will you be willing to pay a whopping amount of INR 20,000 for it?! We don’t know about you but this Dubai restaurant certainly expects its patrons to pay this much for their special biryani meal, which they claim as ‘Dubai’s most expensive biryani’.