IS THERE A NEED FOR REFORMS TO THE UPPER HOUSE-SENATE OF PAKISTAN (Aiwane Balla)? 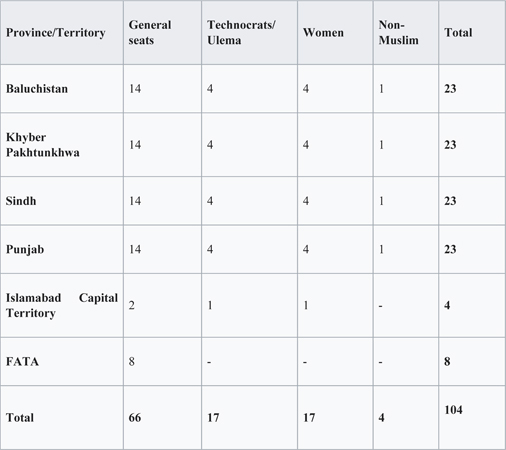 This question comes at a time, where Pakistan is faced with many challenges and progress initiatives at the same time. The current government is making amends and one may ask, is it time that we look into how the senate operates? How the senators are appointed or elected? Whether it is okay to have the senators influenced by lobbyists and payoffs than they are by the constituents they are supposed to serve?

Globally, we see many countries that have different forms of government. For the sake of understanding and analysing whether Pakistan can adopt the same structures and move on a positive trajectory, the example of Pakistan, India, USA, UK and Kenya have been taken. Starting with Pakistan, the 1970 Assembly outlined the 1973 Constitution which was unanimously passed on 12 April and promulgated on 14 August 1973.

The 1973 Constitution provides for a parliamentary form of Government with a bicameral, comprising of the National Assembly (Lower House) and the Senate (Upper House). The membership of the Senate, which was originally 45, was raised to 63 in 1977 and to 87 in 1985. The government of Gen. Musharraf increased the seats of the Senate from 87 to 100 through the Legal Framework Order (LEO), 2002, and the government of PPP raised the seats to 104 through the 18th amendment in 2011 (four minority members from four provinces). Now after the Twenty-Fifth Amendment, in the 1973 constitution the number of seats in the Senate were reduced to 96, as the seats for FATA were removed after its merger with KPK.

The central aim for the creation of the Senate of Pakistan was to give equal representation to all the federating units, but now probably we need to create some seats for Gilgit Baltistan in the Senate. The equal provincial membership in the Senate, thus, balances the provincial inequality in the National Assembly. The question arises whether the Senate and the senators were performing the functions professionally and whether the election/selection process to the Upper House was free, fair and transparent and if not, isn’t it the time to bring reforms in the electoral process of the Senate.

Being the British Colonies, India and Pakistan are still using the same old election process for the Senate and even the term limit is also the same for both the countries. The only improvement seen in these countries was the better women representation in Pakistan unlike United Kingdom where they still have only 1 female that too resigned in 2020.

The Upper House selection/Elections and its effectiveness is even questionable in UK. In the current bicameral system, the most effective Upper House /Senate in the world is that of the United States – Senate which is the Upper Chamber of the US congress. The composition and powers of the Senate are established by Article one of the US Constitution. There are 50 states and each state are represented by two Senators reaching to a total of 100 senators in the House. From 1789 to 1913, senators were appointed by legislatures of the states they represented.

They have been elected by popular votes following the ratification of the 17 Amendment in 1913. It has several powers that include approval of treaties, confirmation of cabinet secretaries, supreme court judges, flag officers, regulatory officials, ambassadors, executive officials and federal uniformed officials. The Senate conducts trials of those impeached by the House as it is happening these days in the case of former President Trump. It is widely considered both a more inclusive and prestigious body of the house and mostly the senators are nominated to run for the American Presidency by their respective political parties.

From the developing world, Kenya is another successful example who revived its senate, after being abolished in 1966. The Senate was re-established by the 2010 Constitution and the 2013 general election was the first to include the election of Senators representing the counties. The senators went into the general elections like other parliamentarians and were elected through votes of the general public.

Conclusion: Given the examples above, it is suggested to consider whether Pakistan can adopt a similar structure of government and the answer most probably would be a “YES”. Now what we need are reforms and changes in the constitution to empower this body to discharge its functions more professionally and honourably.

This could be done through:

1. Direct elections of the Senate like USA and Kenya

2. An equal division of selection and election per province (mix of both) to avoid the election of the elite only, the rich only, the well established and connected only and at the same time give opportunity to emerging talents and potential people. Composition of the Pakistan Senate seats can be seen in the below table.

Composition of the Pakistan Senate seats can be seen in the below table.

The writers are Political Analyst with United Nations