* The song has seen no language barriers, having been sung in Spanish and Arabic, thanks to cover entries from Colombia and Morocco 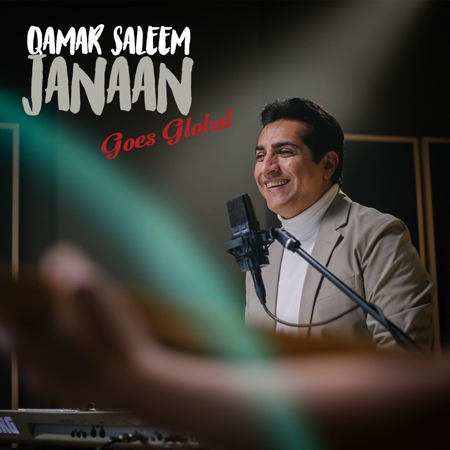 Qamar Saleem, a senior financial sector executive based in Singapore, revived his passion for music during the COVID-19 pandemic and launched his debut song “Janaan” early in November 2020.

A seemingly insurmountable feat considering the steady depreciation of the music industry last year. Yet, in only 3 months, ‘Janaan’ has reached over 1 million people across Qamar’s social media platforms and has also attained global appeal with viewership across 50 countries, covering all continents. Such is the global viewership of ‘Janaan’, that 25 covers have already been done from 18 different countries in such a short span of time.

The song has seen no language barriers, having been sung in Spanish and Arabic, thanks to cover entries from Colombia and Morocco! ‘Janaan’s reach has no age limits either as covers came in from a 3-year-old in Jordan to a 60-year-old in China. ‘Janaan’ even went beyond being more than a caricature sketch to the beat of the song in the cover from USA, inspiring dance covers from Saudi Arabia and Lebanon, to traditional instruments renditions from Turkey, India, Kenya and Lebanon. In fact, teenagers equally enjoyed the song and made covers across Lebanon, Pakistan and Philippines. Interestingly, most of the people who made the covers for ‘Janaan’ do not speak Urdu!

That’s not all there is to the phenomenon that is “Janaan.” For the uninitiated, Qamar is a senior and established executive in the financial sector, having had global roles with internationally reputable institutions and on top of that, he has taken his pursuit of music passion to the next level.

While negative emotions and unprecedented circumstance owing to the COVID-19 pandemic ran rampant, Qamar was able to permeate a positive spirit by not only reviving his passion, but also launching a song that brings a message of much needed love and hope during such a time like this.

Above all, he launched this song in a most humble manner, leveraging his personal YouTube channel and his own social media platforms. Yet, despite this, the song attained such appeal that it reached over 1 million people across multiple social media platforms and the official music video boasting nearly half a million views on YouTube already.

Besides widespread media coverage by leading TV programs including PTV, ARY NEWS, SAMAA and EXPRESS NEWS, the song also received encouragement from Ali Zafar through a post on his Instagram. Therefore, as someone who has made his debut as an artist, to have achieved this nearly insurmountable feat is commendable and inspirational.

Qamar’s music, through his very first song, has truly gone global and achieved diverse appeal. As stated by Qamar, “Music has no boundaries and being a collector of global music from over 70 countries, I believe it wholeheartedly. Music is a passion that connects me to my soul; I hope to share more of my music with a purpose, for the pleasure of my listeners and for simply cherishing where my heart takes me.”