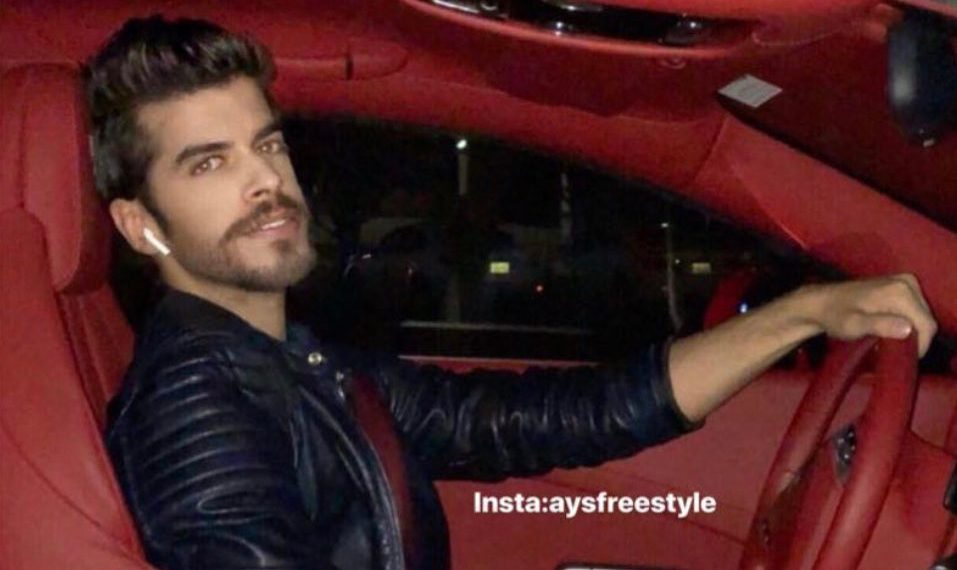 In this modern era, many for various reasons and intentions strive to gain fame and create a popular public image of themselves. But only few reaches this goal, Why? Disregarding the option of being lucky. The failure of missing this goal mainly comes down to either lack of talent or lack of robust work ethics attitude that includes consistency, perseverance and facing adversities is the common dominator for failing the journey of being a well-known figure.

How many of us are wanting ‘The easy way out’ or shortcuts to ‘overnight successes’? Probably a lot! To reach the top, talent and hard work can barely make you to the top, but to continuously evolve and create a new top, there is a bit more to it.

The importance of possessing personality traits such as courage, remaining humble and staying true to one self is also necessary to be comfortable in the top and acquiring the celebrity status.

Representative of such personality that amassed significant fame is: Dr. Ali AlSaqoby that sets the perfect example of concluding top notch talents, hard work and ideal personality traits. The result? At a young age, the star Kuwaiti dentist made himself count in multiple areas via establishing his name as a renowned dentist, freestyle football player, entrepreneur, admired social media influencer and author.

The significant fame and popularity received by the multi-talented charming personality from Kuwait made him leave a strong impression on the world. He proved that one can be a world class football freestyle player and still manage to get a dental scholarship from the Kuwaiti government that only the elite can obtain.

Studying abroad in a completely different country and working through a very difficult university course that many cannot cope with, demonstrated his courage as a versatile personality. Just studying dentistry was not satisfactory for the talented young man, as he managed to keep up his performance as a global football freestyle player to be reaching big news outlets, at a global level due to the diversity of his incredible talents.

His exceptional athletic ability and football skills coupled with his charming physical appearance contributed to his tremendous success in the real and social media world. Generating millions of views and impressions, his popularity was used for good, to educate and inform his followers about dentistry and its latest advancement given his active journey of improvement via continuously travelling and exploring conferences and symposium to be a powerful source of reference for his followers and, extraordinary dental practioner for his patients that he cares for in his dental office as per being affiliated with ministry of health.

Beside his healthcare related messages, he leverages his large following base across social media platform to provide a strong message of following one’s passion through working hard despite adversity. He also always encourages his followers all around the world to try new things and be a multi-faceted personality as stated by himself “You learn when you lose, but you gain nothing when you do not try”. Valuable quote coming from an outstanding character that is a good example of continuously trying new things.

No ordinary dentist with a hobby that made him a highly sought-after athlete
Apart from being a renowned dentist he is also a highly sought-after athlete that participated worldwide including Expo Milan where he received a positive response for his exceptional performance. He was counted as “one of the most influential individuals in Expo Milan” when he received an honorary award from the head of the EXPO delegation. Image: Dr Ali AlSaqoby

He managed his time well to refine his football skills, while practicing in a top dental school located in England that is highly competitive as a scholarship student, he successfully gained a prestigious title of second most talented dental student award and also three-degree titles that includes masters of dental surgery, bachelors of dental surgery and bachelors of oral science.
It is not difficult to predict from his ace academic career that he will manage to be a highly sought-after dentist, as he is now, contributing greatly to his community.

With that all, he still manages his time well to contribute towards Kuwait football by organizing workshops, events, and championships. He is the main person for football freestyle in Kuwait as being appointed by the World Freestyle Football Association.

Last time, he took part as a judge in the world-renowned championship titled, Redbull StreetStyle World championship’s national qualifier. Using his expertise and knowledge, he picked a winner for representing Kuwait in the world finals that took place in Miami, US.

During the pandemic, the championships did not stop but was held virtually! His passion for the sport is not limited to his role as the football freestyle president as he is currently working on his new book about this sport according to many sources! Something to look forward to coming from an inspiring , intellectual and successful character!