PESHAWAR: Members of minority community on Saturday demanded that the Khyber Pakhtunkhwa government provide protection to non-Muslims and release compensation money for the family of late Sardar Soran Singh. The demands were made during a protest demonstration held at Sher Shah Suri Road opposite Cantonment Railway Station. The protesters were holding banners and placards inscribed with different slogans in favour of their demands. Speaking on the occasion, Haroon Sarbdiyal, member of National Lobbying Delegation for Minority Rights, said that the provincial government had announced a compensation package for the family of slain adviser but the government never fulfilled its promise. The Pakistan Tehreek-e-Insaf (PTI)-led KP government, he said, had ignored the needy family of the minority community. He demanded that Khyber Pakhtunkhwa Chief Minister Pervez Khattak assure provision of compensation package announced by the provincial government for the family of Singh. He added that compensation packages earlier announced by late Singh for various Sikh gurdwaras, Hindu temples, churches and other religious places be released under the supervision of incumbent PTI government. He said that a minority member must be appointed immediately as new adviser to the chief minister on minority affairs to bridge the communication gap between the provincial chief executive and minorities. Expressing grave concerns over security of minorities, he demanded that the provincial government provide protection to minorities, especially to family of late Singh. Pertinent to mention that PTI minority lawmaker Sardar Soran Singh was shot dead by assailants in Buner district. He was serving as special assistant to the Khyber Pakhtunkhwa chief minister on minority affairs. 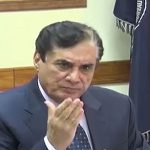 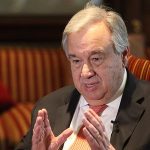 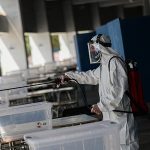