South Africa can bounce back in second Test, warns Misbah 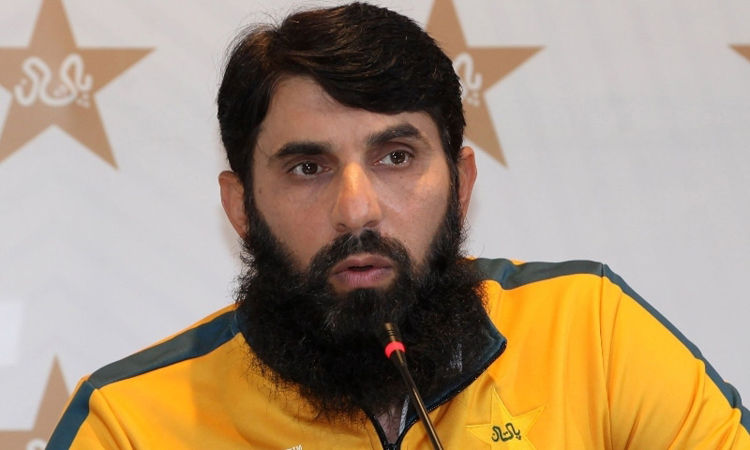 RAWALPINDI: Pakistan head coach Misbahul Haq doesn’t want his team to get complacent ahead of this week’s second Test match against South Africa. The home side fought back from 27-4 in its first innings at Karachi to beat the Proteas by seven wickets and take a 1-0 lead the two-match series. The second Test starts at Pindi Cricket Stadium on Thursday. Yasir Shah and 34-year-old left-arm spinner Nauman Ali, playing in his first Test match, shared 14 wickets between them against a struggling South Africa batting line-up. “It was a much-needed victory,” Misbah said on Monday. “The team came back from a difficult position, but we don’t want to be complacent. South Africa are tough team and we know they will come back hard at us.”

Since taking over as head coach in 2019, Misbah has lost three away Test series — against Australia, England and New Zealand — but his Pakistan side has beaten less formidable teams like Sri Lanka and Bangladesh at home. Misbah and bowling coach Waqar Younis were summoned by the Pakistan Cricket Board after the team lost a Test series 2-0 in New Zealand last month. Both coaches were given another chance, but their longer-term futures were tied to the outcome of the current home series against South Africa. “My focus is on this series,” Misbah said. “We will put all our energies in this Test match and see how we can win. Other things are uncontrollable and there is no point in thinking about it.” Middle-order batsman Fawad Alam’s dream return to Test cricket played a key role in Pakistan putting up a formidable total of 378 in the first innings after South Africa was bowled out for 220 inside two sessions on the first day.

The dry pitch in Karachi gave the two Pakistan spinners plenty of assistance, but Misbah was not sure if he could get a similar type of wicket and conditions in Rawalpindi. If Pakistan opts for a fourth fast bowler, Haris Rauf is a possible option to make his Test debut in his hometown. “Haris is bowling well with the old ball,” Misbah said. “If the need arise we will see him.” At the same time, Misbah also said he was prepared to drop spinners, despite their stellar contributions to the team’s win in the first Test against South Africa, if the Rawalpindi pitch favours the fast bowlers. But at the same time, he said Pakistan were looking to prepare a drier surface than normal in Pindi, which would theoretically assist the slower bowlers more. In the last five years, pacers have had significantly more joy in Rawalpindi. They have averaged 21.40, picking up 498 wickets at the venue in first-class cricket, with spinners responsible for just 72 wickets at 34.18 with a strike rate of 67.50. The recent record raises questions about whether Pakistan can afford to go in with the same spin-heavy strategy that masterminded their Karachi win.

This is a departure from the tactics Pakistan employed against Bangladesh in Pindi last year, where Yasir was the only frontline spinner alongside three quick bowlers. In Karachi, the weather was drier and the groundsmen kept the pitch covered to ensure it retained some moisture, but even so, 14 wickets fell on the first day. In Pindi, however, the cooler weather means groundstaff are exposing it to the sun to allow the moisture to evaporate. “The weather and pitch is different from what we got in Karachi but we will take a call closer to the game,” Misbah said after the first day of training session in Rawalpindi stadium. “We are open for change if needed and it’s not compulsory to play a spinner just because he did well in Karachi. If it’s quite evident that the surface isn’t suiting a spinner, we are ready to bring in a fast bowler.”

Reflecting on the pressure he was under over the extra scrutiny from the PCB cricket committee, Misbah insisted he wasn’t worried. “Whatever has been talked around me with what the PCB is thinking, I didn’t care about it as the focus was always about how important this series is. My energy was on how to produce good results and how can we do well. So thinking about uncontrollable things is a waste of time and energy and builds pressure without doing any good.”