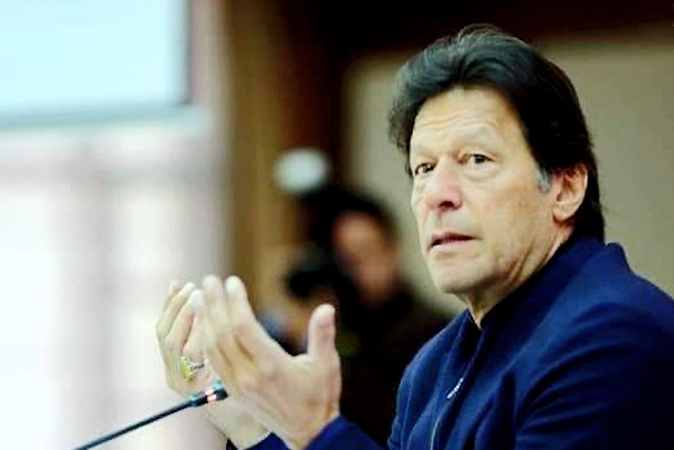 Prime Minister Imran Khan Wednesday said that having been exposed by Broadsheet after Panama Papers, the country’s elites cannot hide behind ‘victimisation’ card on international revelations of their corruption and money laundering.

“Panama Papers exposed our ruling elites corruption & money laundering earlier. Now Broadsheet revelations have again exposed the massive scale of our ruling elites corruption & money laundering,” he said in a series of tweets. He said the international revelations exposed what he had been saying during his 24-year fight against corruption. He viewed that those elites came to power and plundered the country. Moreover, they also did money laundering to stash their ill-gotten gains abroad, safe from domestic prosecution, he went on to say. “They then use their political clout to get NROs. That is how they kept their plundered wealth safe. People of (Pakistan) are biggest losers,” the prime minister remarked

He said the people were loser because not only their nation’s wealth was stolen by the elites rather their taxpayer money, paid for recovering this wealth, was wasted because of NROs. “These revelations (are) tip of the iceberg. We want complete transparency from Broadsheet on our elites money laundering & on who stopped investigations,” he added.

The Broadsheet saga is continuing to make headlines in the country as the head of the asset recovery firm has now claimed that former prime minister Nawaz Sharif offered them a bribe to abandon the probe against his foreign assets. Broadsheet CEO Kaveh Moussavi, in a YouTube interview, said the company had flatly refused the deal offered by a person claiming to be a nephew of Nawaz Sharif, in the year 2012, retorting that the Broadsheet did not negotiate with crooks. “Sharif family has assets not only in the United Kingdom but across the globe,” he said, adding that the Sharif family required plenty of explanation about their resources of amassing these assets.

A day earlier, the premier had formed an inter-ministerial committee after Broadsheet LLC’s Kaveh Moussavi said his firm was influenced by former prime minister Nawaz Sharif and others and that it had evidence of money laundering by some other Pakistanis. “The cabinet formed an inter-ministerial committee, which will reveal details of the individuals mentioned in the Broadsheet scandal,” Information Minister Shibli Faraz had said, adding that the premier had now decided to make the names public after thorough scrutiny of the available material.

Separately, Prime Minister Imran Khan, while stressing implementation of e-governance in all federal ministries and divisions including the Federal Board of Revenue (FBR) within the next six months, said digitization was key to check corruption and ensure transparency in the system. He was speaking here at the inauguration ceremony E-Bidding, E-Billing and GIS Mapping System under the National Highway Authority (NHA).

The prime minister described the introduction of such a modern and digitized system in NHA as a big step towards breaking the status quo, which was a major hurdle in bringing about a real change in the country. He said unfortunately the corrupt elements and mafia being beneficiaries of the status quo and having vested interests, did not want change, and digitization which would eliminate the room for corruption. The prime minister said as bribery had roots and acceptability in the system, e-governance and digitization was vital for defeating it.

Imran Khan said he could not bring change by pressing a switch, but it was the nation which had to work for change and regain the respect for green passport in the world. He said the people in various parts of the world, including Malaysia and Indonesia, did not embrace Islam because of any pressure but only due to the character, truthfulness and fairness of the Muslim traders.

The prime minister said in the past Pakistan and its people enjoyed a lot of respect in the world. “There was a time when our president during his official visits was received by the US president and the British queen at the airports,” he remarked. He referred to the recent revelations by Broadsheet about the corruption and money laundering of the Sharif family and said when leaders indulged in corruption it made the whole system corrupt. He said according to the Broadsheet revelations, a Pakistani political figure transferred $1 billion from Saudi Arabia to the United Kingdom. “On one hand, our country is facing the burden of huge debt, while on the other political leaders own billions of dollars properties and assets abroad,” he remarked.