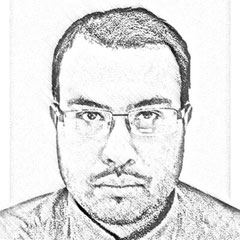 On Dec 23, 2020, British American Tobacco was reported as the first notable MNC to move its Business Process Outsourcing (BPO) activities to Pakistan after the withdrawal of Deutche Bank’s operations. The move has been interpreted in an optimistic fashion, as a sign that there is increasing foreign investor trust in the country. Details regarding this historic milestone in the country’s development shared courtesy of TNI (The News International) include that Minister RazzakDawood, Advisor to the PM on Commerce and Investment congratulated Pakistan Tobacco Company for winning the bidding process, and that British American Tobacco would soon set up a ‘Business Shared Services’ company to execute all BPO activities for Asia Pacific and the Middle East Region, based in Pakistan. Key factors scrutinised for the tender included existing commercial presence of BAT, country sustainability, and availability of workforce and talent. This event, a single contract by a foreign MNC with questionable motives, washailed as the start of a new wave of opportunity by RazzaqDawood. Any other MNC who wants to follow suit is being invited with open arms, with promise of fast-tracked regulatory concessions. It is a great blow to national self-esteem to hear the Minister describe that ‘’the country is now being considered as a cost-effective location for activities like back office services, BPO, and call centers’’, according to reports about a meeting at the Ministry of Commerce in the same week.

As if there is some obscure mystic truth behind a tender process, the Minister explained in great detail that this landmark was achieved ‘‘after a rigorous process spanning several months, during which Pakistan was evaluated by BAT alongside India, Bangladesh and other countries, and selected for this esteemed role in their operations’’. One finds it hard to believe, despite being patriots, that our country has better facilities for call centre operations than neighbouring India and Bangladesh. Let it be stated explicitly that the companies being courted through this initiative are most likely foreign MNCs (preferably Western, COVID-punished industries?) who want to save money on customer services, seeking to exploit cheap labour in Pakistan. It would seem RazzaqDawood is looking to help, rather than punish any predatory ‘too big to fail’ organisations facing the wrath of COVID 19 to enjoy reduced operating costs, unwittingly giving up any strategic advantage or upper hand that was momentarily gained by Pakistan during this year of pandemic.

The good news is that shared service activities via BAT will help the country earn 100m USD per annum, which almost makes us forget the 500m USD per annum not paid by big tobacco companies to the FBR, laundered through non-declared production sites. The bad news is that the Honourable minister has not restricted unscreened outsourcing to this scenario only, calling it a blueprint for all manner of foreign MNCs to cheaply relocate their back office functions to Pakistan in future. This move compels the labour force into regression, effectively stating that ‘the rest of the world can progress, while Pakistan will clean up after’.

The tobacco industry globally is declining, and this is happening as per the directives of major authorities such as the World Health Organisation (WHO). As per WHO’s Framework Convention on Tobacco Control (2003) there is a global effort underway to curtail production Sale and advertising of tobacco products in view of the number of increasing tobacco related deaths.  In Pakistan, we can see the decline taking place since around 2013, as tobacco exports shrank from 83.96m (USD) in 2013-14, down to 30.41 in 2014-15, a decline of 64% in total.

If unable to escape from under this, and identify new commercial development opportunities, there is a PR risk of being seen as a low innovation and low productivity economic region, which is not representative of our potential.  Inability to show dynamism in how it responds to global opportunities like RCEP means Pakistan will be muzzled in its ability to establish a reputation as an integral part of the newly emerging Eurasian century. If the current administration can show ability to prioritise national interest instead of pandering to foreign multinationals maybe tobacco crops can be reoriented towards alternative fuels as opposed to production of ‘nicotine delivery devices’.

As has happened in Kenya and Malaysia, crop replacement is a common approach involving investment into research and development of market structures for farming, processing and then sale of alternate crops. In Malaysia when a lucrative exotic fruit (kenaf) was identified, the government restructured their tobacco regulator to give it equal attention. In Taiwan, the government even provided agricultural contracts to allow guaranteed market entry for their farmers. Where is Pakistan in this context?

At a time when the World Economic Forum is promoting the reskilling agenda under the Great Reset, the respected Mr. Dawood is setting up the workforce to update their skills in call centre management. This is indeed a paltry exchange in view of how skill sets will be transformed over the next 10 years.In light of reduced human requirement and focus on digital transformation through Robotic Process Automation, customer service and accounts management will be an AI driven function, which is already happening in many places. Whereas the labour force should currently be oriented towards skills enabling productivity in critical sectors, this opportunity is being squandered in favour of a quick fix, enabling provision of back office functions for exploitative foreign interests.

As an example to be endorsed, we have forward thinking and ingenious initiatives as being executed by, for example, Lt Gen. AsimBajwa as Chairman of the CPEC authority towards local capacity building. Here focus is on things such as manufacturing lithium batteries, solar panels, pharmaceuticals and organic chemicals as under CPEC projects. As described in an exclusive interview with KCFR, there are also efforts underway towards building potential in the IT sector and Science & Technology space for people in our rural locations as part of CPEC’s Special Economic Zones. Recognising the lucrative opportunities at hand for Pakistan in light of manpower and innovative capabilities of the younger population, foreign interests inimical to its progress respond by jeopardising the skill development of our critical labour force, and yet somehow the move is greeted with unnecessary excitement.

Factors related to investment or production relocation by foreign companies need to be more closely reviewed. The reasons for and against big companies choosing to invest and relocate their operations to Pakistan must be analysed in view of their benefit versus national impact. There should be accurate plans in control of key government departments which identify the necessary development pathways for both foreign and local commercial entities as well as risk management of failed investment projects in context of GDP. Having these in place would have meant that the government would have been in position to both spontaneously replace the investment loss from Deutsche Bank as well as identify more sustainable opportunities than simply a “call centre” management for British American Tobacco. 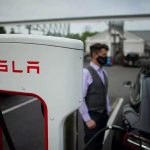 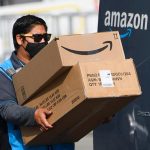 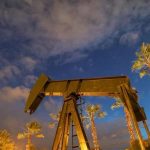