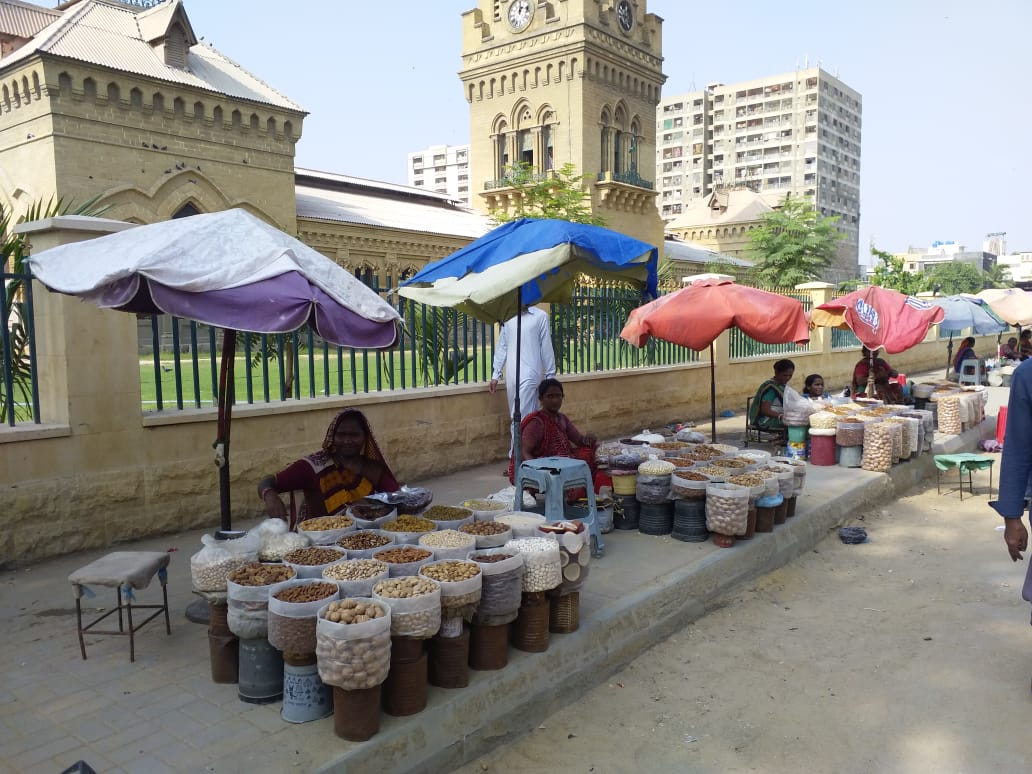 The lockdown imposed by the Government of Sindh during the first wave of Covid-19 had a negative impact on the financial state of the region. Micro-enterprises owned by Hindu women in Karachi (the metropolitan city of Pakistan) were deeply affected. The intersectional measure of marginalization these women vendors from the Hindu community faced only worsened due to the pandemic. 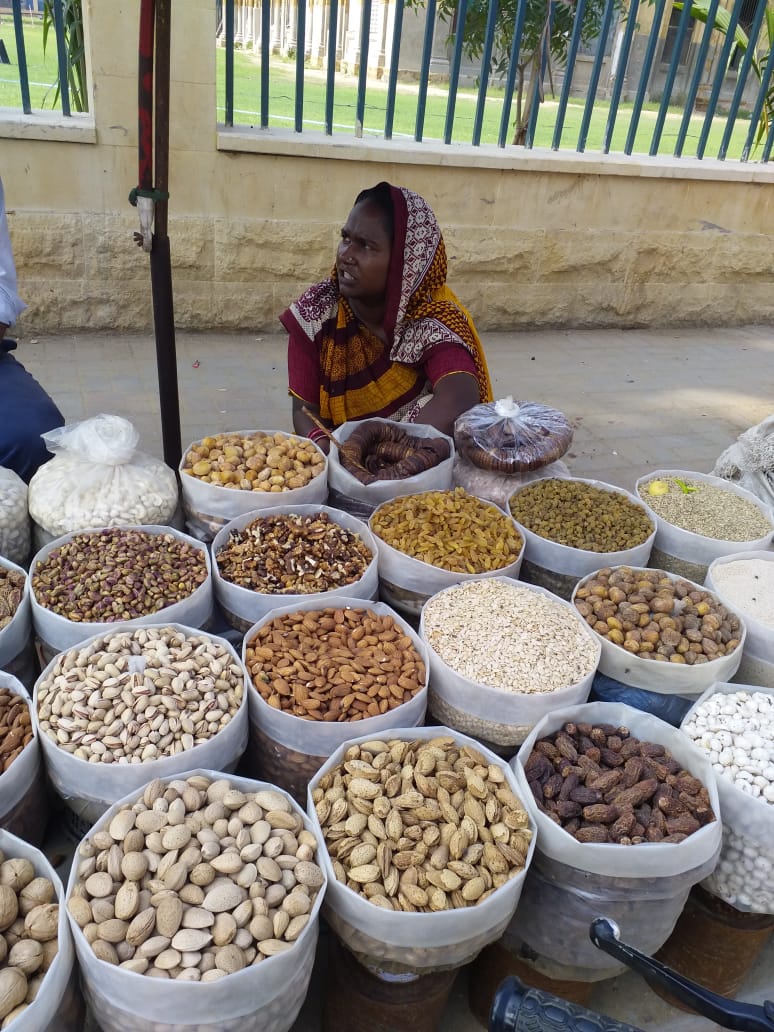 “My elder sister and seven other female companions were arrested by the local police as they tried to keep their food stalls functional”, told Rameela who sells dry fruits on the main road near the Empress market, Karachi. 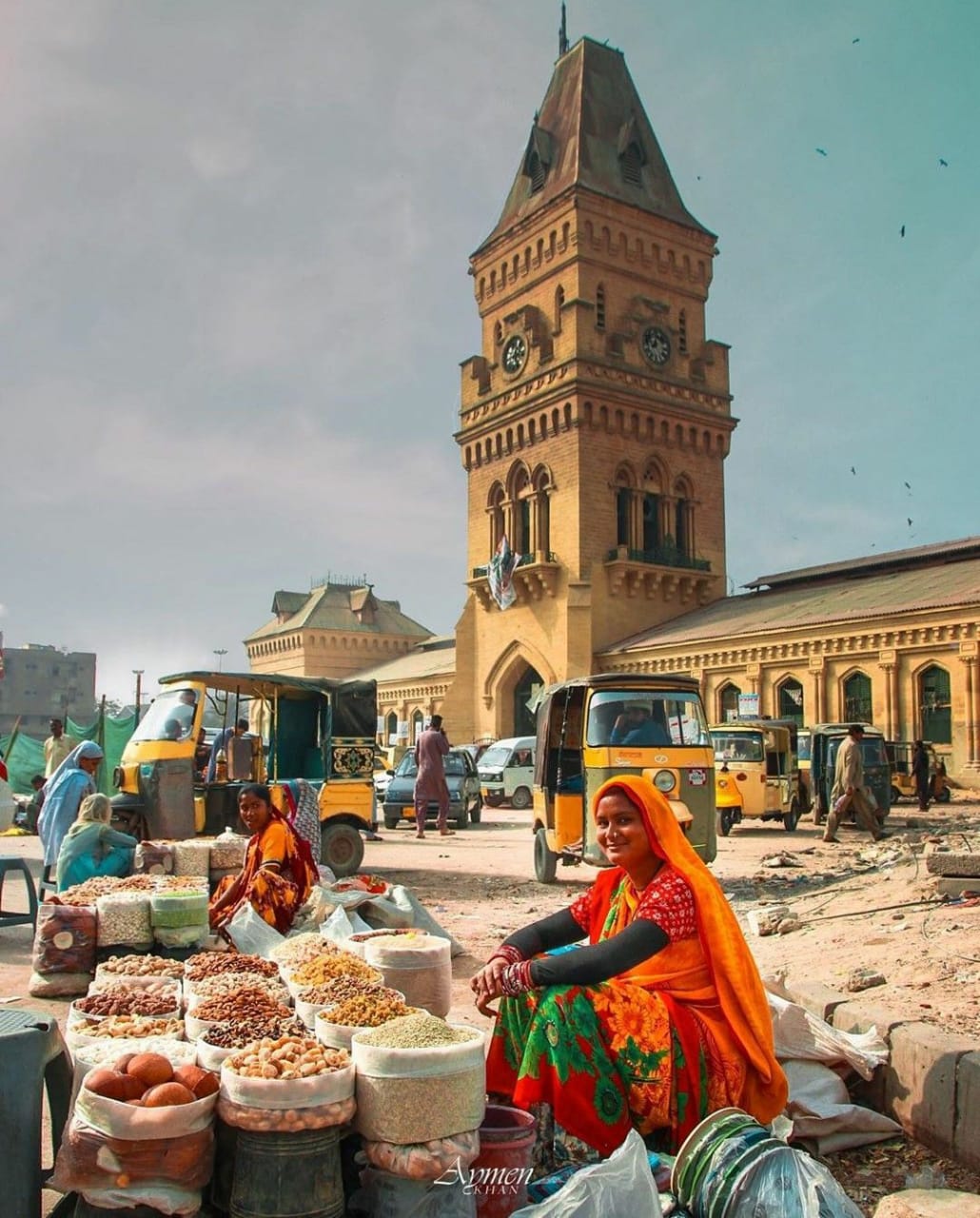 “The Government of Sindh had neither allowed us to continue with our businesses nor provide any subsidy to help us cope with the financial distress due to the global disease”, Rameela registered her complaint adding that they had to pay an additional amount to get her sister and other associates released from the police station. 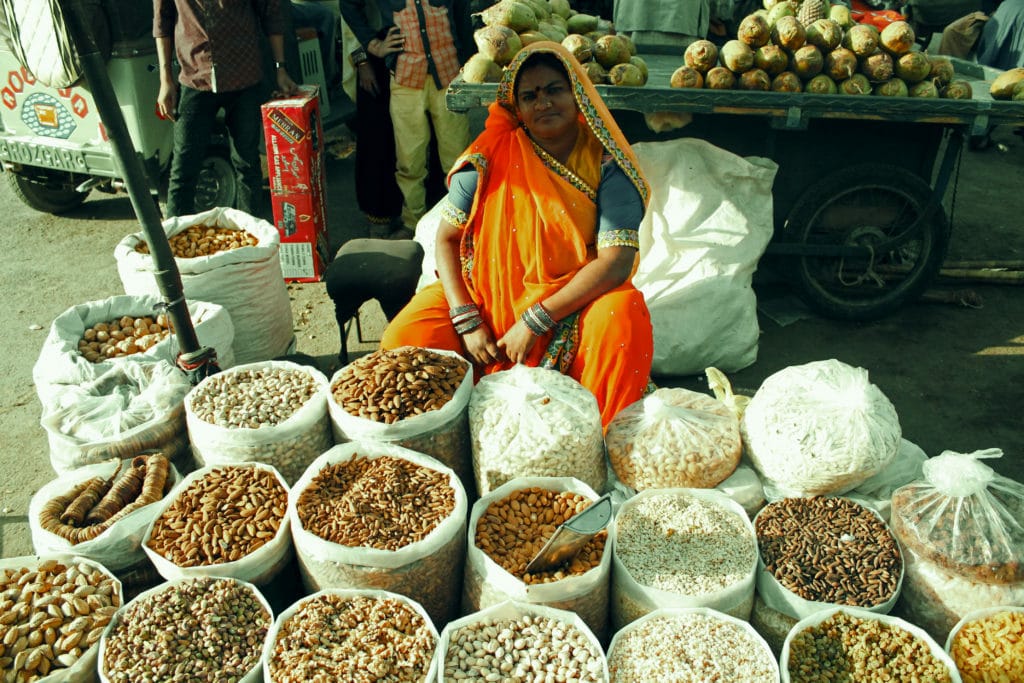 “Our daily income used to be around PKR 400 – 500 before the lockdown. The coronavirus has not only been a threat to our lives but also our socio-economic well-being”, says Kavita, a mother of three. “My husband is a cancer patient who is confined to bed, and I am the only bread earner of the family”, she shares with a pang of sorrow. “We are also facing financial trouble to pay for the children’s education”, she further explained.

“The district Government announced a shutdown of the whole city without giving any consideration to the daily wage labourers living in the area. I have a small set up where I sell dry fruits. How do they expect my family to survive?”, questioned Lachmi, a 32-year-old. “We don’t have another source of income and none of the Government relief drives have reached us”. “We do not have anything saved up for our future survival either. Even when the restrictions were lifted, the number of customers showing up at the markets was still very low”, she explained.

Eventually they had to offer bribes for getting the women released from the jail. But, the police still haven’t returned their belongings – mostly dry fruits and nuts which was all they had and primarily procured through borrowing. These five to six women went back to take loans for resuming the business.

“Even after the restrictions were lifted, customers coming to the markets were still very low”, explained Lachmi. Kavita, 36, is a mother of three. Kavita told Ravadar that her “husband is a cancer patient and is confined to a bed, I emerged as the only bread earner of the family… the coronavirus has not only been a threat to our lives but also our socio-economic well-being.”

Covid-19, as a global pandemic, created a unique set of challenges for people all around the world. However, developing countries like Pakistan were at increased health risk due to limited supplies and resources. The Government of Pakistan urged everyone to stay at home and imposed a strict lockdown across the country to minimize the movement as well as public interaction. But this strategic measure added to the misery and vulnerability of low-income groups and informal workers as their businesses were shut down.

The plight of religious minorities could often go unrecorded and unaddressed as they form a small percentage of larger demographics is.

The blog has been published in collaboration with Ravadar – a series that documents lives of religious minorities in Pakistan.