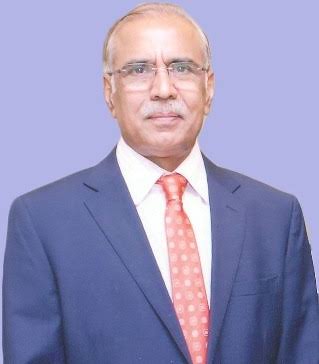 Federal Tax Ombudsman (FTO) has directed FBR to expedite the auction of substantial number of non-cleared stranded vehicles at Karachi Port which were imported in violation of SRO issued by the Ministry of Commerce.
The subject vehicles were imported under Personal Baggage, Transfer of Residence or under Gift Schemes. According to Customs Act, if goods are not cleared from the Port within twenty days of arrival these should be removed from the port and sold in auction.

Federal Tax Ombudsman’s Own Motion decision states that failing to timely arrange auction of vehicles lying un-cleared prima facie is a systemic issue of maladministration and it appears that FBR had failed to put in place a system whereby vehicles cleared from the Port are not timely listed in the Auction Schedule. Delay in auction would make most of these vehicles unserviceable due to rusting of bodies, running down of tires and batteries, pilferage of parts etc besides creating congestion at Ports.

Subsequent to the initiation of Own Motion investigation, the concerned department auctioned one hundred sixty seven (167) vehicles and pursued the verification of Proceed Realization Certificate (PRC). However, over 500 cars are still awaiting auction.

It was also observed during Own motion investigation that a small number of so-called professional bidders purchased large number of vehicles regularly and then sell the same on huge profit in the open market. It was observed that 62 bidders purchased 167 vehicles auctioned during the period from July to November 2020, while 20 bidders purchased 117 vehicles. Perusal of data reflects that some bidders had frequently participated in auctions, thus, casting serious doubts on transparency of the auction proceedings.
FBR had recently devised new “online bidding procedure” to purchase goods digitally from Customs Dept. However, it has not yet been implemented due to E-Auction module being under development. In this regard, Federal Tax Ombudsman has recommended FBR to ensure the examining of the proposal pertaining to developing of an E- Auction module under the WeBOC software to expedite disposal of un-cleared consignments.

FBR has been further recommended to ensure the implementation of the E-Auction Rules notified vide SRO 1174(I)/2020 dated 26.10.2020. FTO office has recommended FBR to ensure the availability of the data relating to bidders who participated in auctions on regular basis and sharing it with the respective IRS field formations.
It is expected that after implementation of E-Auction module, the goods ripe for auction would be disposed off without delay, besides, the mafia of professional bidders would be addressed, resulting in improvement in revenue realization.