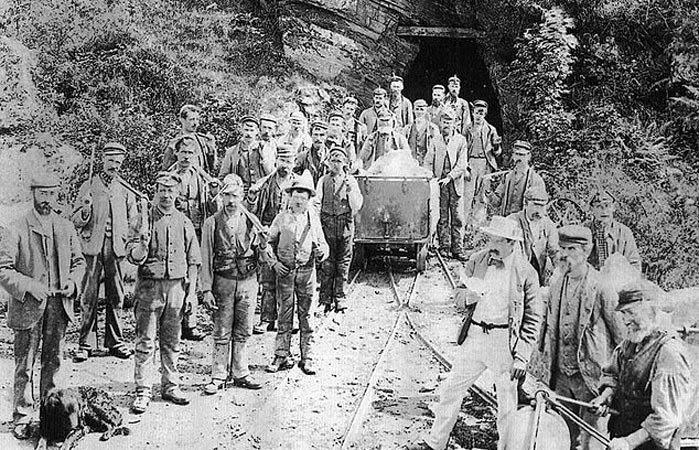 Welsh miners are celebrating the discovery of a new seam of gold that could be worth up to £700 million.

The huge find was made during test drilling at the Clogau-St David gold mine in Snowdonia which closed in 1998, Alba Mineral Resources confirmed.

It is believed there could be as many as 500,000 ounces of gold in the area, and with gold currently selling at just under £1,400-an-ounce, that would be worth a staggering £700m.

Bosses at the mining firm said the discovery was ‘significant’ because finds in the area usually yielded ‘very high grade pods’ of gold.

It is believed there could be as many as 500,000 ounces of gold in the area, and with gold currently selling at just under £1,400-an-ounce, that would be worth a staggering £700m

Clogau was once the largest and richest mine of all the gold mines in the region, with its raw materials a favourite of royalty. 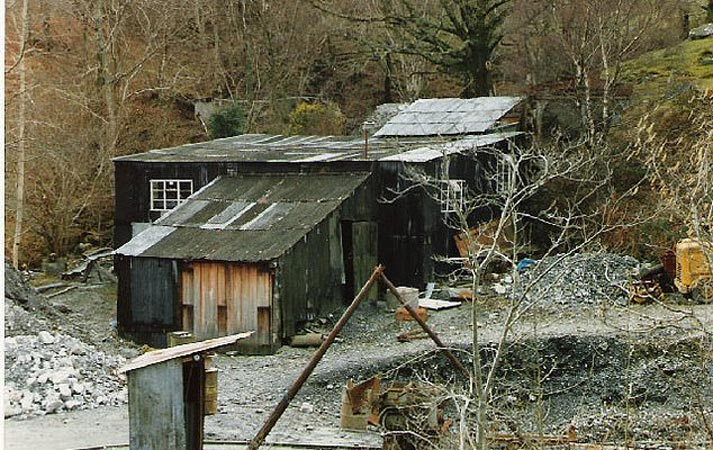 After producing copper and a little lead for quite a number of years, the mine developed into gold production in the 1862 ‘rush’ and continued as a major operator until 1911.

Since then the mine has been re-opened several times for smaller-scale operations, and most recently closed down operations in 1998.

Several exploration companies have made bids to restore the mine to production, but have struggled to locate the precious lode.

A miner who worked at Clogau once said: ‘Finding gold in most mines around the work is like finding the cream in a sponge cake.

‘Finding Welsh gold on the other hand is like finding the sixpence in the biggest Christmas cake you could imagine.

‘There’s no pattern, no logic, and you never know when you’re just inches away.’

Gold from the Clogau mine and surrounding area has been used in wedding bands for the Royal Family since 1923.

The tradition was started by The Queen Mother on her marriage to the Duke of York, Prince Albert. Since then the Queen, Princess Diana, and the Duchesses of Cambridge and Sussex have all had Welsh gold wedding rings.

Earlier this year, bosses at Alba applied for permission to dig eight massive trenches – after getting a ‘sniff’ of £750m in hidden gold nuggets at the Clogau-St David mine.

The firm states that it reckons there is ‘real potential to discover unexploited high-grade pods’, adding that Welsh gold attracts a ‘significant premium’ – and that it has already discovered ’10 new gold anomalies’ in the area, called the Dolgellau Gold Belt.

Speaking earlier this month, George Frangeskides – the executive chairman of Alba – confirmed that miners had found the huge ‘550 metre extension’ to the main lode, aka the mother lode.

He said: ‘The main lode has provided most of the gold production at the Clogau-St David’s Gold Mine historically, so finding a continuation of the main lode which has never previously been exploited would constitute the most significant discovery at the mine in many decades.

‘For our drill team to hit a really solid gold intercept in our very first underground drilling campaign of just seven holes is a very positive outcome indeed.’