COAS assures continued support for stability and peace in region 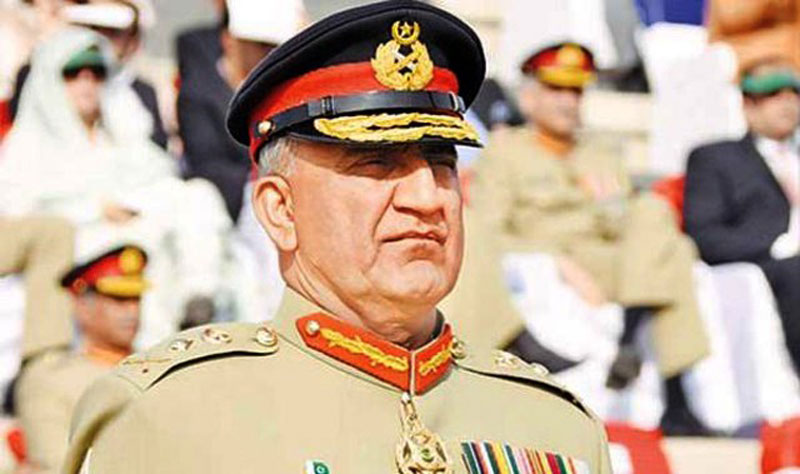 He made these remarks in a meeting with US Special Representative for Afghanistan Reconciliation Ambassador Zalmay Khalilzad and Commander Resolute Support Mission (RSM) in Afghanistan General Austin Scott Miller, who called on the army chief here, according to an Inter-Services Public Relations (ISPR) press release.

The dignitaries discussed matters of mutual interest including overall regional security situation with particular reference to ongoing Afghan reconciliation process during the meeting, the ISPR said. The visiting dignitary appreciated Pakistan’s untiring efforts for facilitating the process towards the mutual objective of peace in the region.

Separately, US Special Representative for Afghanistan Reconciliation Zalmay Khalilzad on Monday called for an urgent ceasefire in Afghanistan days after political representatives of the Taliban and the Afghan government announced a three-week break for consultations. “The two Afghan negotiating teams announced in Doha they will take 20 days off to “consult on the agenda items. Tragically, the war continues. The need for a political settlement, reduction in violence, and a ceasefire remain urgent,” Khalilzad tweeted. “Given how much is at stake, it is imperative that there are no delays in resumption of talks and they must resume on Jan 5 as agreed,” the US envoy said.

The Taliban and Afghan government’s negotiation team says they have exchanged proposals about the agenda. The intra-Afghan negotiations were started on Sept. 12 to decide a future political roadmap. Both sides took two-and-half-month to agree to a 21-point code of conduct.

Head of the Taliban political office Mullah Abdul Ghani Baradar has described the UN sanctions on the Taliban leaders, delay in release of remaining Taliban prisoners and ‘poisonous propaganda’.