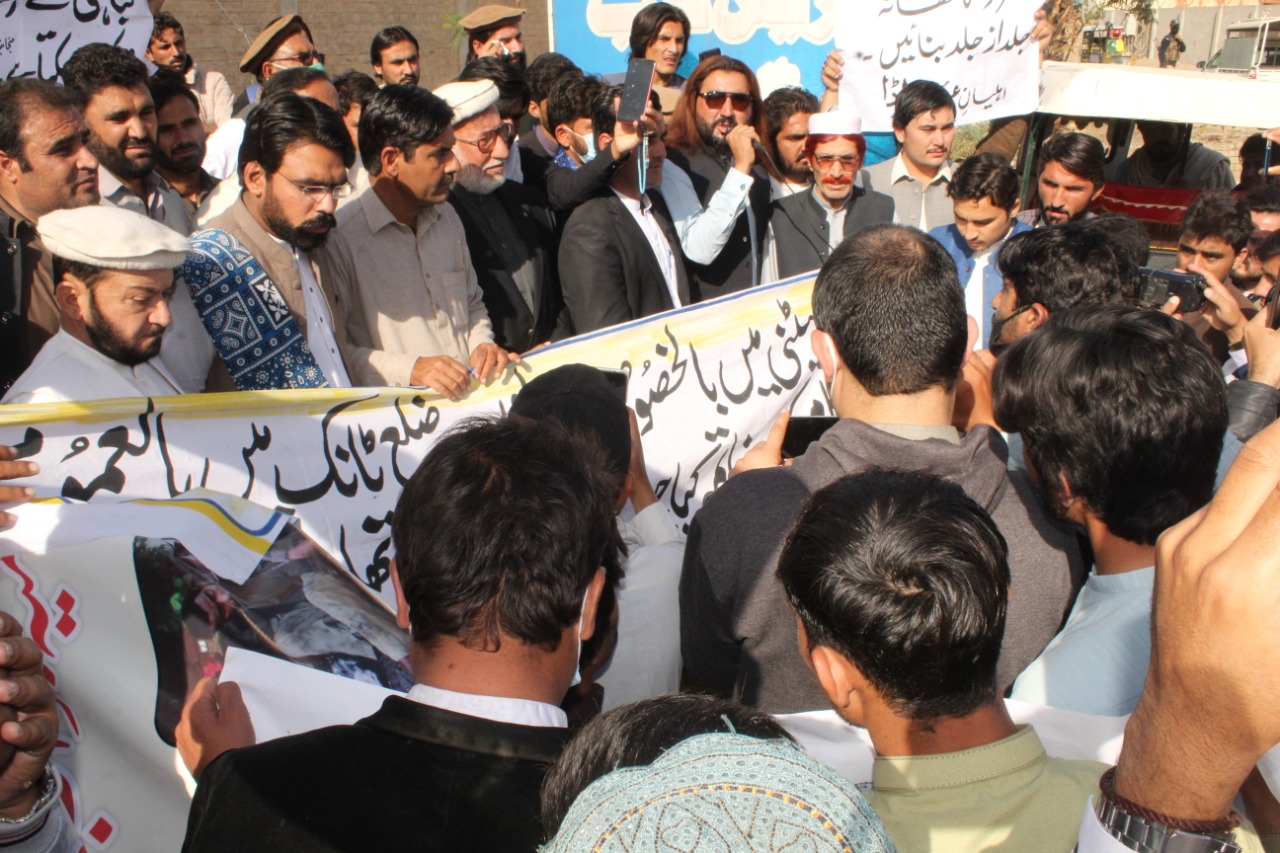 Tank: A large number of citizens took out a rally to raise public awareness about the harms of narcotics here on Sunday.

The rally was organized under the aegis of “Bitani Youth Movement” and marched from Kashmir chowk to the District Press Club Tank.

The participants carried banners inscribed with messages highlighting the harmful effects of drugs on human health.

Addressing the participants of the rally outside the press club, Usman Bitani, Patthu Bitani, Haji Muhammad Zaman Bitani, Shoukat Armani and other speakers said that drug abuse was destroying the youth in the district and demanded of the police take stern action against drug traffickers.

They also sought the high ups of police to establish police stations at Umar Adda and Dabara besides establishing eight approved police check posts across the district to curb the menace of drug peddling.