A colorful opening ceremony was arranged at Spinkai Raghzai Cadet College which was attended by a large number of tribal elders, civil & military officers, students, and Taekwondo players.

Speaking on the eve as Chief Guest, Commander Frontier Corps Sector Headquarters South (SHS) said that the role of Mahsood, Wazir and Bitani tribes had been pivotal for development and prosperity of the area.

He said that there was no dearth of Taekwondo talent in South Waziristan and first Inspector General Frontier Corps (IG FC) South Taekwondo Championship was organized as an effort to optimize this talent.

It is worth mentioning that the championship is organized by Zamray Taekwondo Club of South Waziristan and sponsored by IG FC South wherein eight teams from Islamabad, Azad Kashmir, Gilghat Biltistan, Punjab, Khyber Pakhtunkhwa, Balochistan and Sindh have taken part. 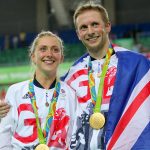