* Resolutions in NA, Senate call upon government to recall Pakistan's envoy from Paris, ask OIC countries to boycott French goods and work within OIC to designate March 15 as 'International Day to Combat Islamophobia' 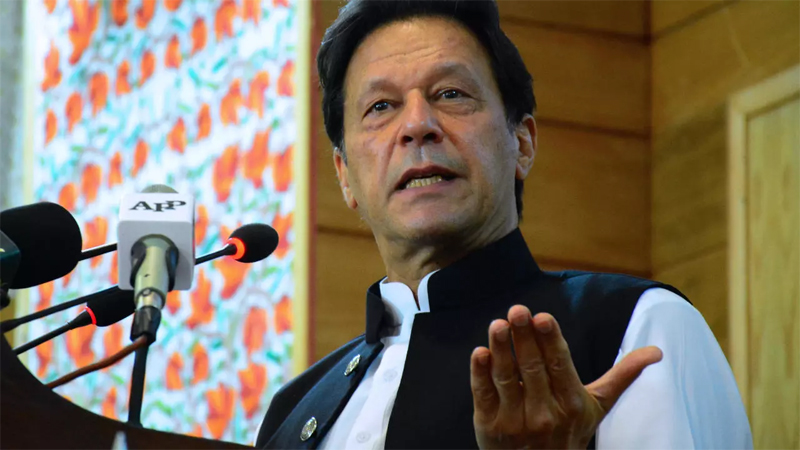 Both the houses of Parliament on Monday unanimously passed separate resolutions condemning the publication of blasphemous caricatures in France and resurgence of Islamophobic acts in some countries, with parliamentarians suggesting the government to announce official boycott of French products and cut off diplomatic ties with the European country.

According to a resolution read out by Foreign Minister Shah Mehmood Qureshi, the National Assembly while taking serious note of the republication of blasphemous caricatures and the desecration of the Holy Quran in Norway and Sweden condemned in strongest terms the resurgence of blasphemous and Islamophobic acts by mischievous elements in some parts of the world. The Lower House expressed serious concern at the highly concerning statements and hate-mongering especially by leaders like French President Emmanuel Macron justifying unlawful propagation and insult to sentiments of more than a billion Muslims through such hate-driven acts under the garb of freedom of expression.

“The [National] Assembly condemns unequivocally the practice of blasphemy and of insulting prophets of Islam, Christianity and Judaism alike,” according to the resolution, which also denounced acts of terror carried out in the name of any religion. It deplored the ‘equating of Islam and Muslims with terrorism’ and in order to effectively address the issue, urged the government to recall the Pakistani envoy from Paris; work within the Organisation of Islamic Cooperation (OIC) for designating March 15 as the International Day to Combat Islamophobia and ask OIC countries to boycott French goods.

The resolution, which was subsequently passed unanimously, also called upon all non-OIC countries to provide legal avenues to Muslims residing in their territory for the redressal of their genuine grievances and urged the United Nations secretary general and UN high commissioner for human rights to “immediately initiate a global dialogue for inter-faith harmony and the countering of rising Islamophobia”.

Dr Shahzad Waseem moved resolution in the Senate, saying that divisions are created between different religions when such measures are sponsored by the governments. “Love for Holy Prophet (Peace Be Upon Him) is part of our faith,” said the resolution, pointing out that no Muslim would tolerate disrespecting the Holy Prophet (PBUH). Such measures, the resolution said, would hurt the feelings of Muslims. It further said that global community must play its role to prevent blasphemous content.

Speaking in the Senate, Minster for Religious Affairs and Interfaith Harmony Noor-ul-Haq Qadri said the resolution reflects the sentiments of all Muslims. He said the French president demonstrated irresponsible and criminal behavior. He said Prime Minister Imran Khan and President of Turkey Recep Tayyip Erdogan have openly criticized the French president.

Minister of State for Parliamentary Affairs Ali Muhammad Khan said Islam is religion of peace and the Muslims respect all the religions. He said the entire Muslim Ummah demands to remove the blasphemous caricatures at the earliest besides the French president’s unconditional apology to all the Muslims across the globe.

Senate Chairman Sadiq Sanjarani directed to hand over a copy of the resolution to the Foreign Office and the French ambassador. Ameer of Jamaat-e-Islami Senator Siraj-ul-Haq said that the actions of France has hurt the feelings of 1.52 billion Muslims across the globe. “OIC meeting is inevitable on this issue,” he said, and demanded that the government of Pakistan must boycott all French products and expel its ambassador from the country. He also stated that Pakistan should take the lead in the OIC on the matter.

Meanwhile, the French ambassador was summoned at the Ministry of Foreign Affairs on Monday to convey Pakistan’s deep concerns over the recent Islamophobic campaign. The envoy was summoned over systematic resurgence of blasphemous acts of republication of caricatures and desecration of Holy Quran by certain irresponsible elements. The envoy was told that such illegal and Islamophobic acts hurt the sentiments of Muslims across the world, including those in Pakistan. Furthermore, such actions could not be justified in the name of freedom of expression, a Foreign Office statement said. It was conveyed that Pakistan strongly condemns equating Islam with terrorism for narrow electoral and political gains. “Such provocative statements and actions were fanning inter-religious hatred, hostility and confrontation thereby imperiling efforts of peace and harmony among various segments of society,” the statement said.

It was reiterated that freedom of expression should not be misused as means to attack or hurt public sentiments or religious beliefs and fan inter-religious hatred, hostility and confrontation. It was emphasized that such actions and statements would further divide peoples and civilizations and undermine the global aspirations for peaceful co-existence as well as social and inter-faith harmony.