Lithium Ion battery for submarines: the game of future survival 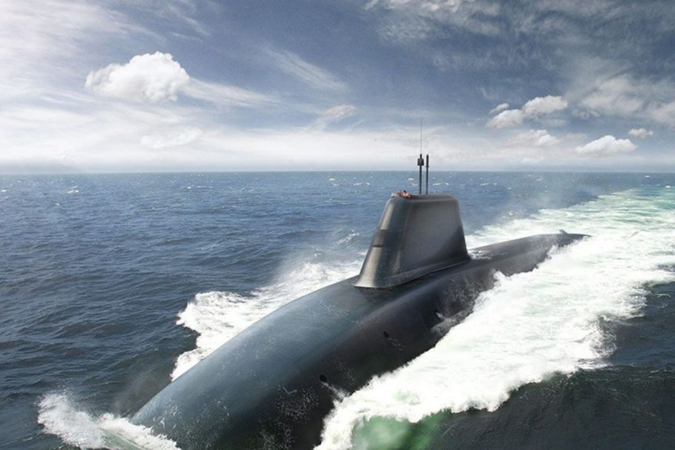 The submarine world is now undergoing some of the fundamental changes it’s seen in the last 40 years and there are signs that those changes may be the biggest, since the order was first given to “take her down.” New technologies are producing capabilities long known to be possible, but not practical. However, with the introduction of superior weapons & sensors, powerful combat suites, capability to launch special payloads like Unmanned Underwater Vehicles (UUVs) & Autonomous underwater vehicle (AUVs), land attack capability, enhanced submerged autonomy rendered by the combination of Air Independent Propulsion system (AIP) and lithium ion battery (LiB); a conventional sub has now entered the immunity and capacity domain of a nuclear boat.

For nearly a century, diesel-electric submarines relied on constantly charging traditional lead-acid batteries by running their diesel engines either on the surface or later on, while snorkeling near the surface. This left them constantly vulnerable, as they could only hide deep beneath the surface for hours or a couple of days at a time. Over the last few decades, AIP technology has further revolutionized her traditional performance. But now, these platforms are on the verge of yet another advancement; one that will make them return to their original wolf pack roots, relying on diesel engines and batteries alone to go about clandestine business.

As for the AIP systems, the most modern versions like Stirling Engines, MESMA Closed-Cycle Steam Turbine System and Fuel Cells power the submarine, while it is submerged for long periods of time. Each approach has its own pros & cons with difference in cost and technological aspect are major factors beside performance of each system.

For instance, Sweden Stirling Engines, although the technology is well proven and affordable, it also requires the boat to carry liquid oxygen oxidizer, which can have its own complexities as well as inert gas to mix with it. The Stirling Engines and other infrastructure needed to make the system work; much of a relatively small submarine’s bulk gets taken up by the system. Additionally, Stirling Engine based AIP has many moving parts, which can make noise even when a high-degree of soundproofing is designed into the submarine. The French MESMA AIP uses ethanol and liquid oxygen combustion to produce steam for spinning a turbine to generate electricity. The cost of system is slightly on the higher side. Finally, Fuel Cell based AIP is very quiet as there are few moving parts in the system. It also is a very efficient system for long endurance missions. But again, this kind of system uses liquid oxygen and hydrogen as basic fuels. It is thought that Australia’s upcoming Shortfin Barracuda Submarines, of French origin, will use reformer Fuel Cell AIP propulsion. Israel’s latest Dolphin Class boats also use fuel cell AIP, being Israel’s second-strike nuclear deterrent.

While all sensors and weapons being equal, a Navy has to justify what type of diesel electric submarine to choose based not just on cost but also on what type of tactics they aim to employ and what type of combat environment they are most likely to operate in. For instance, if long-range patrols and ambush tactics are common, along with the need for maximum stealth, fuel cell AIP technology may be best. If bursts of high-speed during attack and evasion maneuvers are needed, MESMA system be considered most appropriate. For moderate-range littoral combat operations, the Stirling Engine-based AIP technology may make more sense.

It would be prudent to mention that with great leaps realized in submarine battery technology, AIP systems may soon face competition in the submarine world as Japanese Navy seems to have pioneered a concept that aims to eliminate the need of AIP, altogether. It’s next generation 4,200 tons, Soryu Class diesel-electric attack submarines are equipped with lithium-ion batteries. This new configuration would result in quieter operation than most existing AIP capable submarines. Similarly, South Korea has equally shown exceptional indigenous resolve in development of this hi-tech product for it’s submarines.

Lithium-ion batteries have a ton of advantages over their old-school lead-acid cousins. They keep up their output even when their charge runs low, they are lighter than lead-acid batteries, they can be charged exceptionally fast, and they can store much more energy. Compared to the AIP system (they aim to replace), submerged autonomy or endurance shall be similar or even greater, while the overall boat’s design and construction will be slim and less intricate. Not just that, lithium-ion batteries are now sea-proven and allow the boat to dash much faster – much frequently while dived, as compared to running on an AIP system alone.

History has, nevertheless, shown that Submarine Warfare is something that hinges on the spirit of crews sealed for months in an atmosphere of easy informality, close camaraderie, and iron self-discipline. It comes from intense, highly technical training and experience at sea. It demands consistent efforts in analyzing threats and adaptation to the evolving technologies.

Remaining oblivious to future challenges will certainly raise perils. It is to be realized, how best to cope up with this phenomenal shift. Lest we forget; “Chance only favours the prepared mind”.