From the “sand mafia” in India to the ferronickel industry in Guatemala and gold mining in Tanzania, journalists who pull back the curtain on extractive industries are being silenced.

In India, reporter Jagendra Singh, who had written about a local official’s alleged involvement in the sand mining business, died from burn injuries after claiming he had been deliberately set on fire in 2015. In Guatemala, journalist Carlos Choc faced criminal charges after documenting the killing of a fisherman protesting water pollution in 2017. In the Great Lakes Region of Tanzania, at least a dozen reporters were threatened while looking into allegations of human rights abuses at a gold mine.

The Green Blood investigation brought together 40 journalists in 15 countries with the aim of completing the work these local reporters could no longer pursue. The investigation was led by GIJN member Forbidden Stories, a Paris-based nonprofit consortium to continue and publish the work of journalists whose lives or freedom are threatened because of their reporting.

Forbidden Stories was founded by investigative journalists in 2017 in the belief that unity is strength when reporting on dangerous topics such as corruption, environmental crime, and human rights abuses. “As a group, we can send a strong signal to enemies of the press: you stopped the messenger, but you won’t stop the message,” said Laurent Richard, executive director and founder of Forbidden Stories.

The Green Blood project, carried out over a period of eight months, resulted in the coordinated publication of a series of investigations by 30 media outlets in July 2019, as well as a documentary series recently aired on French TV. The investigation has led to a pledge by tech companies — including Canon, Apple, and Nokia — to re-evaluate their business deals with a Tanzanian gold mine and to the suspension of the exploitation rights of a ferronickel mining company by a court of justice in Guatemala.

Forbidden Stories’ Project Manager Jules Giraudat said carrying out a cross-border investigation of this magnitude was, first and foremost, a coordination game.

At a first meeting in Paris, reporters were trained to use an intranet system to share information securely. It was built using the collaborative software Confluence, creating a hub where the team could share pages, blog posts, meeting notes, and files securely; set up their own distinct personal work space; and password-protect access to each space.

Reporters divided themselves into teams — one for each of the three countries they would focus on — with journalists from the same newspapers spread out across them. By then, they had identified the stories they would pursue, taking into account the prospect of new findings, the potential for collaboration with people on the ground, and the geographical reach. 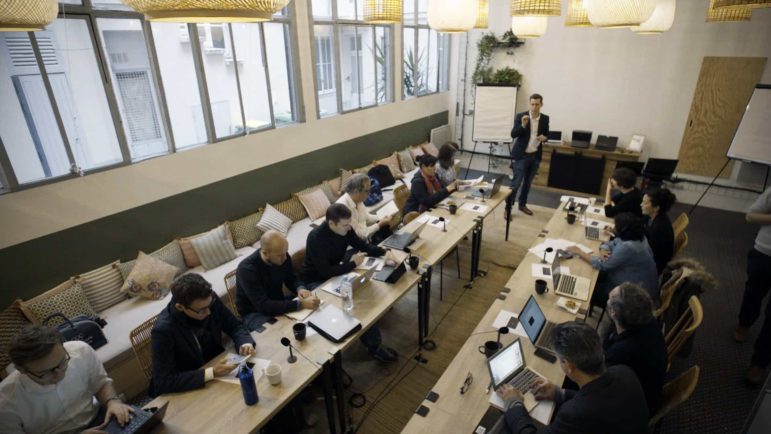 “We chose stories in three different continents to show that [environmental crimes are] really a global issue,” Giraudat told GIJN.

Tracing Tanzanian Gold Back to the Source

Tracking supply chains all the way from the mine to the final buyer is as hard as investigative journalism gets. Transparency requirements – including for US-based tech giants – often require companies to list their refineries but not the mines where the metals originate from. This is the grey area where the story lies. 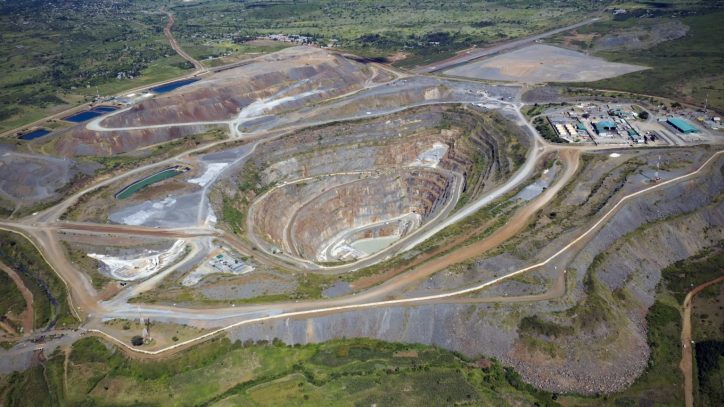 One of the gold mines whose secrets the Green Blood journalists wanted to uncover is located in the North Mara region of Tanzania, where a number of foreign and local journalists had been arrested, threatened, or censored by Tanzanian authorities as they tried to investigate alleged human rights violations. As part of the Green Blood project, outlets including The Guardian collected testimonies from victims, giving voice to those who had been silenced for years.

The team decided to investigate which companies were the final recipients of this tainted gold. Open-source tools were a valuable launchpad for the investigation: advanced Google searches turned up useful preliminary material — including court documents and internal power point presentations on supply chains — that helped them to formulate a hypothesis; flight trackers provided clues as to where the gold might be flown to; and the social media accounts of the PR officer of the company operating the mine (which told reporters it denied any wrongdoing), contained selfies at the airstrip and close-ups of the planes. These pictures, in turn, provided additional information on which flights to track.

This trove of information was cross-referenced with that coming from sources on the ground. The team went down a series of wrong trails before being tipped off by a source and narrowing its focus to an Indian refiner that is part of an international industrial and trading services group.

Finally, the team needed confirmation that the mine was one of the company’s providers. When the firm responded to an email, corroborating the link, they went public. The firm itself promised to “discontinue our engagement [with the mine]… if we identify a reasonable risk that they are committing human right abuses.”

The confirmation established the link back to several major tech companies that used the same refinery, and who as a result of the investigation have pledged to re-evaluate their supply chains. Meanwhile, the Tanzanian government has imposed penalties on the mine.

Pollution and Protesters in Guatemala 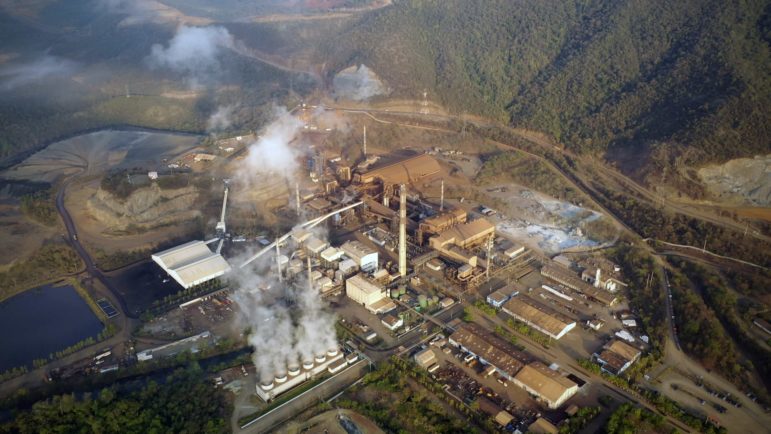 In 2011, an international mining and metals group arrived in a remote municipality nestled in the hills of eastern Guatemala. It took over a ferronickel mine which sold the alloy of iron and nickel to numerous international steel manufacturing companies, operating the mine through its local subsidiary.

A local indigenous group, the Maya Q’eqchi’ community, claimed the mine was responsible for polluting the lake and cutting down the region’s giant forest. Residents in the community said they were able to see an orange dust cloud spreading in the sky where trees once stood.

On May 27, 2017, as enraged protesters hurled stones at the police, fisherman Carlos Maaz was shot dead. The Guatemalan authorities denied anyone had died, despite a local journalist with the local news website Prensa Comunitaria, Carlos Choc, capturing Maaz’s lifeless body on camera.

The journalist went on air to report from the scene and later began receiving threats. A criminal investigation was launched against him and he went into hiding. (Choc, who faces an ongoing legal case, had his home broken into and equipment stolen in April, in what he believes to be an ongoing attempt to intimidate him.)

After teaming up with Choc, the Green Blood project reported that Guatemalan authorities had “lied repeatedly” about the fisherman’s death. The pictures and video taken by Choc played a decisive role in identifying the officer in charge of the police unit that had opened fire. Video and photos from that day contained precious evidence: the officers’ uniforms led to the branch of the police; the badges identified the line of command; a closer look at one image revealed an officer pointing a gun directly at the fishermen, contradicting the authorities’ claim that no policeman carried a weapon.

With the help of open source investigator Youri van der Weide, they pieced together Carlos Maaz’s last moments. In the documentary series, the team can be seen confronting the officer in command that day with their visual evidence. He denied all the allegations.

The journalists also set out to verify the community’s growing environmental concerns. They tested air quality near the mine over a month using an environmental sensor, which showed high levels of coarse particles — some of them six times higher than World Health Organization recommendations.

In the aftermath of the investigation, the Guatemalan Constitutional Court ordered all operations be suspended at the plant, despite the operator categorically denying doing any harm to the environment. One of the firms involved filed a defamation lawsuit against Le Monde, one of the publications that was part of the Green Blood investigation, saying the allegations put forward by the newspaper were “based on purposely misrepresented facts and manipulative assumptions.”

In India, the “sand mafia” refers to the array of individuals, organizations, and criminal groups that profit from the illegal mining of sand for the construction industry. Sand mining is big business in the country. As demand outstrips supply, coastal towns are left increasingly vulnerable to erosion and rising sea levels. NGOs and journalists who have tried to reveal the workings of the sand mining industry have faced a battery of threats.

Jagendra Singh, a veteran investigative reporter for Hindi language media, had written articles alleging the involvement of a senior minister in the region of Uttar Pradesh in the business. In a video message recorded shortly after he was admitted to hospital with severe burns in June 2015, an ailing Singh accused the politician’s supporters of attempting to murder him. He later died of his wounds.

The incident was branded a suicide despite the video. On the day of his funeral, Singh’s family filed a legal complaint, alleging conspiracy to commit murder and immolation. They later retracted the complaint.

Forbidden Stories teamed up with Sandhya Ravishankar, one of the few courageous reporters still investigating the “sand mafia,” to scrutinize any potential connections between the minister, his supporters, and Singh’s murder.

The key to investigating the story was to establish trust between themselves and the Singh family. “We thought, if they see our faces they’ll open up,” Ravishankar told GIJN.

It worked and the “dam broke,” as Ravishankar put it. Reassured by the protection of a collective of international journalists, the family said they had been encouraged to accept three million rupees (around $40,000) in cash, on the understanding that they would drop the complaint.

As there was no paper trail proving the transaction, the team set out to collect more testimony.

Using hidden cameras, reporters documented their encounter with a friend of Singh’s who had witnessed the attack but also retracted her version of events. When approached by the journalists, the woman placed a call to someone she identified as her “elder brother.” Shortly after, Ravishankar described receiving a phone call from another politician inquiring about the scope of their visit.

Ravishankar also confronted officers at a local police station, where the officers failed to provide the First Information Report, she said, a document usually compiled when an inquiry is opened.

The minister, whose spokespeople turned down requests for comment, later lost his parliamentary seat and retired from public life. 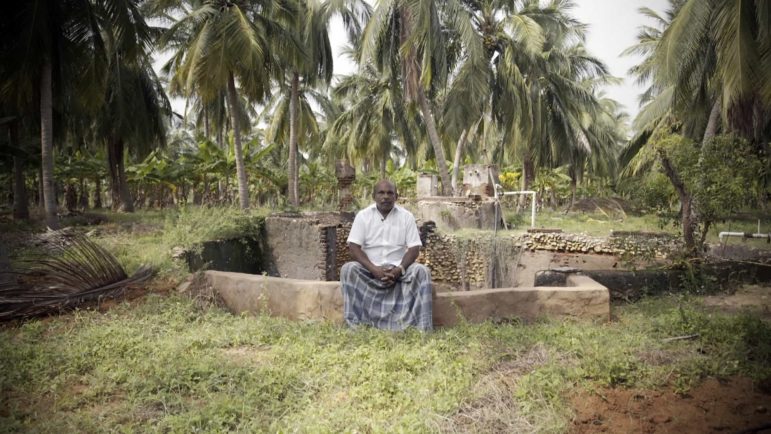 As the sand dunes recede, the sea is reaching further into India’s mainland. Ravishankar said “sand has become as scarce as water itself” and that the journalists’ collective effort had succeeded in raising more awareness of this issue in India.

As a reporter, it has also given her more leeway to carry on doing her work. “I feel a lot safer now,” she said. “[Reporting on sand mafias] was causing me so much anxiety. But now I know that if something bad happens, there will be other journalists raising their voice for me.”

Federica Marsi is a freelance journalist covering human rights and environmental issues. Her work has been published by Al Jazeera, Vice UK, Open Democracy, The Middle East Magazine, and Wired. She holds a journalism degree from City University of London.

This story was originally published by the Global Investigative Journalism Network