It is without a doubt that the whole nation is shocked and in grief. There has struck a sombre note in our lives. The air is filled with fear and uneasiness. Everyone is trying to contemplate and analyse the reasons behind such a sad and tragic event. The most shocking point in this whole fiasco is that this sad incident happened on the motorway (Lahore to Sialkot).

The pseudo-feminist brigade has found yet another incident to insult men and to blame the men of the society for all the intricate problems in the world. They have found another incident to ridicule the religious scholars and clerics. Make no mistake, insulting God’s creation and generalizing the whole situation will take us nowhere! The social media is flooded with biased opinions and unverified facts. Leftist group is fighting with the rightist group and vice versa.

There are people who are now demanding public executions of the criminals behind this inhumane and satanic act. It is one of the times, when the whole nation and society should unite against the criminals that intend to commit such acts of devil. Now we have to understand that we must not let our emotions take control and affect our sense of judgement, come what may. The most important thing to note is that this is not a crime against women and children rather against the whole humanity. We should wait for the police investigation and the final verdict from the courts and only then we should have our bi-partisan opinion on the matter. There can be multiple factors related to this sad situation that we do not know of. We must not assume situations. However, what we should do is find the reasons behind the increase in such incidents and should come up with solutions to prevent them from happening in future. Some measures and reasons behind such heinous crimes are as follows:

n Due to the recent economic downfall from the Covid 19, the whole nation’s economic market has suffered. It has taken a huge toll on the employment rate and caused unemployment in the region.

n The motorway police should enforce security checks on every toll plaza.

n Motorway police should also revamp their strength and increase the numbers of their vehicles of quick reaction force.

n The whole route of motorways and highways should be accessible to the emergency respondents of law enforcement agencies and motorway police, in a matter of minutes.

n We should also be more vigilant while travelling and must report any strange and suspicious activity to the police helpline.

It is worth mentioning the division of provinces also plays a crucial role in the rate of such criminal cases. The amount of workload, pressure and responsibility can be greatly reduced by increasing the number of provinces in the country. It will immensely affect the crime rate. As, the police officials would have less work on their shoulders; they would certainly perform their duties more effectively. We should learn from our neighbouring countries. China, that has one of the most robust economies in the world, has around 23 provinces. While Iran, that has a really low crime rate, has around 31 provinces.

Comments, by Prime minister Imran Khan on the motorway incident during a local news interview, are a source of hope and relief. Prime minister believes that people behind such heinous crimes should be hanged publicly but he is also aware, that such actions cannot be implemented due to the international humanitarian rights community. Such public hangings would have a negative impact on Pakistan’s economy. Nevertheless, it is the responsibility of every citizen of Pakistan to ensure and provide a safe environment for the women and children of the society.

The writer can be reached at mhamza252@hotmail.com 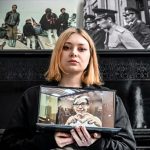 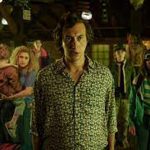 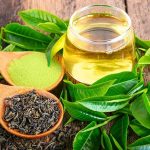