All promises made with people of S Punjab will be fulfilled: Buzdar 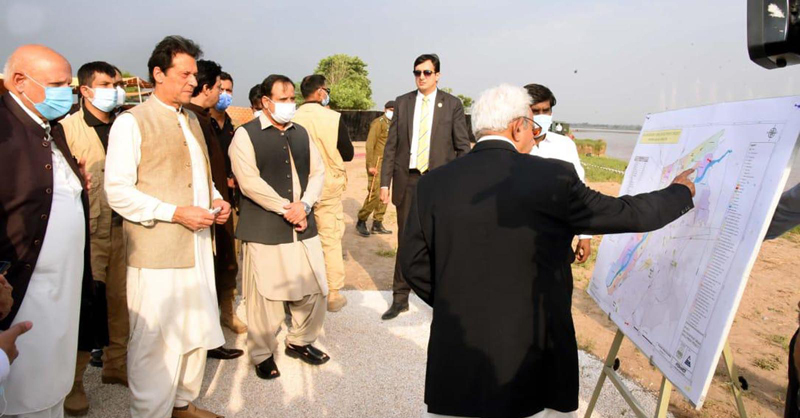 Chief Minister Punjab Sardar Usman Buzdar has approved the models of civil secretariats in Bahawalpur and Multan and stated that both the buildings will be built on modern designs.

The models have been designed by the Infrastructure Development Authority of the Punjab. Every promise made with the people of southern Punjab will be fulfilled, he added. The PTI government does not believe in hollow slogans and the foundation stones of both the projects will be laid soon.

He added that a new era of development has started under the leadership of PM Imran Khan. The past governments always hoodwinked the southern Punjab people through promises and it was badly ignored in the previous tenure. The funds of southern Punjab were spent on selected districts but the incumbent government is giving the people of southern Punjab their rights and their funds will only be spent there, added the CM.

It is a historic opportunity that Prime Minister Imran Khan has laid the foundation stone of the Ravi Riverfront Urban Project and the dream of the largest project in the history of the country is being materialized. This was stated by Chief Minister Punjab Sardar Usman Buzdar while addressing the foundation stone laying ceremony of Ravi Riverfront Urban Project at Kala Khatai on Tuesday.

The chief minister deplored the past government gave attention to exhibitory projects. The plan of this project was envisaged seven years ago but the past rulers could not start it because the projects aimed at bringing real changes in public lives were not their priorities, he said. The River Ravi which once was a beautiful identity of the historic city of Lahore has turned into a filthy nullah but no one has cared about it. Similarly, the underground water level has been drastically lowered in Lahore, he added.

The CM told the government will develop a 46-kilometre long lake in the bed of River Ravi. It is an environment-friendly project and more than 6 million planted trees will considerably reduce environmental pollution. Along with it, a barrage and wastewater treatment plant will also be installed for water and the rainwater will be stored in the lake, he added. The lake will not only improve the aqua system of the river but the underground water level will also be recharged. Around one billion litres water of the lake will help recharge underground water table and this will also result in improving the climate.

The CM stated that 12 specialized cities will be developed in Ravi Riverfront Urban Development Project spreading over 46 kilometres and 90 per cent locally manufactured material will be utilized in it. This project will strengthen the economy besides creating lakhs of new job opportunities. This project will be an avant-garde initiative for policymakers of the future, he said and added that an autonomous authority has been set up which will formulate its rules and regulations independently and no one could interfere in it. Work will be done speedily on this project in the next three years and a new city will be developed, the CM concluded.

Provincial Finance Minister Hashim Jawan Bakht presented the 2-year performance report to Chief Minister Punjab Sardar Usman Buzdar at his office. The CM appreciated the performance and directed that austerity policy should be strictly implemented along-with observance of financial discipline and a further cut in unnecessary expenditures be ensured. The Finance Department adopted an effective strategy to deal with the corona challenge and ensured funds for development projects along-with provision of additional resources to the Health Department to deal with the virus, he said.