* 'Probably, it was the first time in the history of Punjab assembly, that a member of provincial assembly from Rai Wind, Abdul Rashid Bhatti, opened his speech in Punjabi' 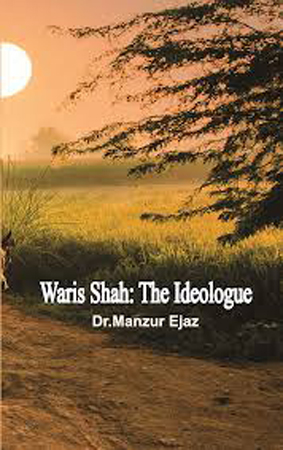 It has been more than three decades that Punjabi language supporters gather together outside Press Club, Shimla Pahari, Lahore on ‘Maaan Boli Dehar’ every year and walk to the Assembly Chambers in a rally in support of Punjabi language to be adopted in schools from primary level.

Despite court orders, no legislation work has been made in the provincial assembly. Our own Punjabi brethren deny this legal and lawful right to their children. No progress has been made and the Punjabis are still in search for their identity. It was through Dr. Manzur Ejaz’s essay titled ‘The Status of Punjabi in West Punjab: A Historic Perspective” by Punjabi Academy of Arts North America, a lot many things were brought to light. Manzur Ejaz is more known as a historian of Punjabi literature rather than a poet. To my knowledge his only book of Punjabi Kafian were published four decades ago with Izzat Majeed.

It was mentioned I the above referred essay by Dr. Mazur Ejaz “Probably, it was the first time in the history of Punjab assembly, that a member of provincial assembly from Rai Wind, Mr. Abdul Rashid Bhatti, opened his speech in Punjabi with the remarks that “I am not a literate person.” His colleagues smiled knowing fully well that he has a Master’s degree in science, however, Mr. Bhatti went on to clarify that “He is not literate because he cannot read and write in his mother tongue, Punjabi.” It stunned many in the assembly chambers because when the last time, an MPA from Faisal Abad, Mr. Fazal Hussain Rahi, tried to make a speech in Punjabi, he was forced out of the chambers by security guards, on the order of the speaker. This time, assembly speaker, Hanif Rammay let Mr. Bhatti deliver a speech in Punjab assembly, in Punjabi. What an achievement!”

“Shameful for the mighty Punjabis who want to rule every corner of the country but cannot dare to speak their own mother tongue in their own assembly” Dr. Mazur is blunt in his remarks. “Punjab: A power center that has seen, all kinds of rulers from central Asia, their own Jat Raja Ranjeet Singh and the British who are said to be in love with this part of the sub-continent, nevertheless, none of them gave Punjabi language its deserved position” added Manzur Ejaz.

Dr. Manzur Ejaz presently lives in the Virginia State, USA. His place of birth is Chak No 60/5-L Burjwala, Distt Sahiwal, Pakistan. He is economist by profession. After his graduation from Sahiwal he completed Masters in Philosophy from Punjab University and PhD I Economics from Howard University, Washington DC, USA. He was Economist, Government of District of Columbia, U.S.A. from 1990 to 2012. Earlier he was Assistant Professor, Department of Philosophy, Punjab University, Lahore from 1972 to 1977. He kept his activities in literature alive by remaining Editor, College Magazine, Sahiwal in 1968 and is presently Chief Editor, Wichaar.com, online Punjabi portal since 2018.

Manzur Ejaz is a prolific writer.

One of the books among above listed ones is titled ‘Punjab Ki Tareekh Kei Buniyadi Masaa’il’. This book was published by Kitab Trinjan, Lahore comprising 250 pages. It deals with basic issues of history of Punjab starting with the history of ancient Punjab, entry of Aryans in Punjab, Jatka culture of Punjab, Changes in Aryans culture and Mahabharat, new order: the talent of Aryans and Harappa people, invaders and Moria kingdom, new foreign invaders, forgotten Punjab and ideology of ancient Punjab. The man problem was that most of the historians who wrote its history did not hail from this land. It there was any Punjabi historian, he did not have any access to information/material before the twentieth century.

‘Shameful for the mighty Punjabis who want to rule every corner of the country but cannot dare to speak their own mother tongue in their own assembly,’ Dr Manzur is blunt in his remarks

Nevertheless the historian must carry out research to find out the ancient civilization of that area. The historian must know that a) the system of agriculture at that particular era including any tools used and see the changes thereafter b) half of Punjab till twentieth century was agriculture based and main crop comprised wheat like in ancient days. Majority lived on fruits animal milk and meat, c) Gandhara was the first flourishing civilization in Punjab that produced blankets and had educational institutions as well, d) till late the houses made in Punjab was mud based with jungle wood. Invariably there were no windows. For toilet and bathing use, their dwellers had a ‘khura’ in the houses yards with water pots. This civilization is even ancient to Gandhara and Mohenudaro civilizations, so the historians must not link this civilization with Hindu one e) the division of sects could be deciphered from colour and cast. The landlords were fair complexioned and the labour, dark skinned, the latter more resembling to South Indian or African origin. So, the question of whether the invaders from north had influence on the locals could be resolved on this basis, f) the marriage and death ceremonies resembled attacking the opponent like in the Stone Age. Such research work could put an historian on correct path, concluded Manzur Ejaz.

One of the important books by Mazur Ejaz is ‘Warris Shah: The Ideologue’. He analyses Warris Shah’s perspective of narrating his version. In the first chapter he declares Warris Shah as a Realist. The story of Heer was written by Warris Shah at a friend’s request. He said at the conclusion ‘Khatm Rabb Dei Hukm Dei Naal Hoi Farmaish Pyare Yaar Di Si/Aisa She’r Par Maghaz Jeha Motian Lari Shehwar Di Si’ (It was completed with Allah’s blessing on beloved friend’s asking/I composed the thought provoking poetry like a royal peal string). When he says ‘thought provoking’ he is indicating that he is creating a story in which he is meticulously weaving in an ideology. Warris Shah rejoices his success when he says in the end that ‘Warris Shah Main Lokan Kamlian Nu, Qissa Jor Hushiar Sunaya Ey’ (Warris Shah, a cleverly construes story has been narrated to simpletons). Warris Shah starts the story with a land dispute. Going further into the story, to show, ruling class’s economic interest, Heer’s father is shown to ditch this honour for having Ranjha graze his buffaloes. Ranjha’s point of view is that he has become a Jogi for the love of a woman and if he could take every woman as his sister or mother he would not suffer such hardships. While narrating a love story, Warris Shah simply describes the complexity of the feudal system.

Dr. Manzur Ejaz dwells into the difference I approach of Warris Shah with those who narrated the story before he did regarding the climax of the story. Warris Shah describes the Panj Peer as symbols of five human senses and interprets the Jogi as symbol of women. Poets before Warris Shah showed the Panj Peer and Jogi as superbly spiritual and indomitable powers and yet at the same time incapable of effectively resolving issues faced by Heer and Ranjha. They deployed a technique to have the couple disappear in the air. Warris Shah, on the other hand believed that humans can rejuvenate their internal powers to wage a struggle against injustice in the society but that does not mean those human would attain inevitable success. Since the prevalent society was not reached a stage where free mixing between men and women was acceptable, his hero and heroine had to die in the end. This climax has been accepted by and large by critics and film makers of this theme.

The selection of Spanish poets starts from 1889 onwards. The first one is Gabriela Mistral. She was the first female Latin American poet to receive the Nobel Prize for Literature in 1945. The Nobel citation read: “for her lyric poetry which, inspired by powerful emotions, has made her name a symbol of the idealistic aspirations of the entire Latin American world.” Gabriela Mistral was the pseudonym for Lucila Godoy y Alcayaga. Her personal life was marked with tragedy. She was born in Vicuna, Chile in 1889 but her father left the family at the age of 3. By the age of 16 she was supporting her mother by working as a teacher’s aide. Her first poem selected for translation is ‘Udaas Maan’. It is a lullaby. The translation of first stanza is ‘Saun Ja Diler Saun Ja/Bin Chinta Bin Darr Vey/Bhanwain Meri Rooh Nahi Saundi/Bhanwain Main Araam Nahi Kardi’. The poem expands emitting fears of a sad mother.

Dr. Manzur Ejaz has also touched upon black poets and Sansikrat poems in this book; a masterpiece in all respects; selection of countries, poets, old and new and their poems and above all translation into Punjabi language.

One of the hundred video lectures by Dr. Manzur Ejaz on Vichaar Webcast on Youtube is on tracing the history of Punjabi language and impact of Sikh Rulers and British rule. The conclusion is ‘our search shows that the progress of Punjabi was hindered mostly by internal factors. The conspiracy theory that blames the British and the Urdu speaking does not explain the phenomenon. Punjab was a favoured region in the British Empire; however, its language was ignored for reasons to be discovered yet. The domination of Urdu was not a religious phenomenon because there were more non-Muslim Urdu writers than Muslim Urdu writers before 1947. Lahore’s approximation to Delhi, dissipations of Punjabi nationalism due to historical circumstances and lack of independent enlightened social groups can be identified as a partial explanation of the neglect of Punjabi. The situation after 1947 has changed where Punjabi is used for all practical purposes in East Punjab. A new configuration of social and political groups is more helpful for the progress of Punjabi. Punjabi has out shined other languages in Punjab where the market forces are in control, however, the state patronage in form of open and hidden subsidies to other languages has a negative impact on Punjabi. Therefore, it is reasonable to conclude that Punjabi is ready to become the language of Punjab, if the state intervention in form of patronage and subsidizing, directly and indirectly, of other languages is terminated. Furthermore, the socio political condition is ripe for the upsurge of Punjabi, even if the state does not change its course voluntarily. This argument is further strengthened by the fact that Punjabi language has developed an intellectual infrastructure required for the historical role it is destined to play’.

One of questions by Zaman Khan in Political Economy on March 11, 2018 was on the future of Punjabi being on the curricula of school students, he was hopeful that even in the absence of any State patronage, the Punjabi Conference in LUMS and it being taught there is a step forward. “The panel was very good. I spoke on the “socio economic transformation of Punjab” stated Manzur Ejaz. On his website he added “the idea was to produce an online website where we can share ideas and discuss literature and politics as a regular newspaper. In America, the State Department and Defence Department use wichaar material for different purposes while in Canada, they are using the material on the website for students”.

I have refrained from broaching upon Dr Manzur Ejaz’s Urdu books as this subject forms topic for another analysis.