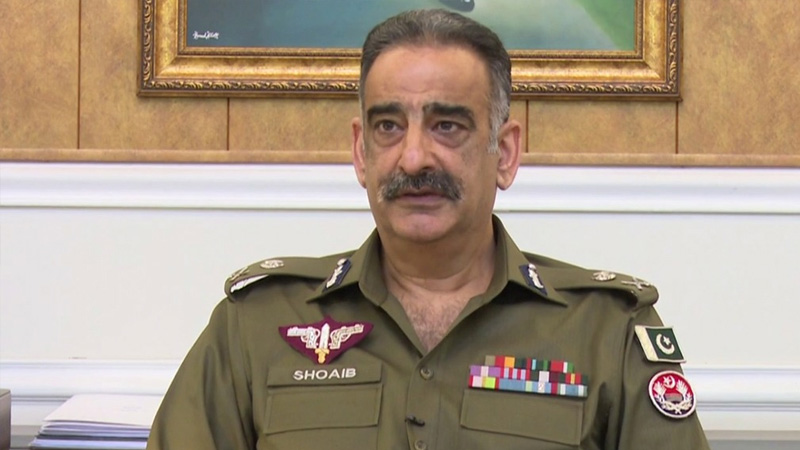 Inspector General of Police Punjab Shoaib Dastgir has said that providing the best welfare and efficiency of junior rank police personnel and officials is one of the top priorities of the department so that they perform the duties of protection of wealth and lives of people with full attention and commitment.

He further said that the constabulary is the real face of the police department which represents the police department by its words, deeds and conduct while performing its duties at offices, police stations, highways or other points across the province. In order to further enhance their performance, it has been decided to set up Police Welfare Centers in the style of Police Service Centers which will provide quick and expeditious relief to the police personnel regarding departmental issues as each application has to be solved in mentioned deadline. It will be the responsibility of the chief police chief of the district to resolve the issue inside the timeframe. He expressed these views while presiding over a meeting on setting up of Police Welfare Centers at the Central Police Office. During the meeting, IG Punjab was informed that the first Police Welfare Center designed with the vision and personal interest of IG Punjab has been activated as a pilot project in Rawalpindi while approval has been given to set up similar Police Welfare Centers in other districts. In this regard, practical steps have been initiated on priority basis so that the problems of police personnel related to departmental matters can be resolved without delay and as soon as possible.

Referring to the Police Welfare Center, the IG Punjab was informed that the modern integrated system in the Police Welfare Centers would further promote paperless working in the Police Department as the system would address all the issues facing the force which number about 60 has been made part of the system under the automated system and now issues related to admin and welfare including leave to an employee, GP fund, financial assistance, medical docket, punishment, appeal, pay allowance, retirement, pension, One will not have to write an application but all these services will be done automatically with the modern automatic system and in this way the employees will also get rid of unnecessary rounds of offices and clerks mafia tricks. The briefing further said that with this state-of-the-art system, the problems of the employees are being solved in a faster and more transparent manner as a deadline of two, five, seven or 14 days has been set for each task and initially, Rawalpindi police officials are benefiting from the system. It was further stated in the meeting that the working system of Police Welfare Centers is secured with SSL certificates and is not exposed with any online software of Punjab Police and has a separate-secure platform. Only police employees data in excel sheet is uploaded in the software.

The concerned competent officer has also been mentioned in the Police Welfare Centers with a deadline for redressal of each case so that every task can be completed expeditiously without any delay. According to the details, the applications related to Long Leave, Medical Leave, Ex_ Pakistan Leave, Study Leave, Maternity Leave and Paternity Leave will be decided by the CPO or the concerned DPO within three days. Cases of Advance GP Fund, Final payment cases will be forwarded to the District Accounts Officer within 10 days, GP Fund Missing Statement cases within 2 days. Similarly, loan from District Welfare Fund in 7 days, salary loan cases in 3 days, financial assistance cases for medical treatment in 3 days and cases for obtaining grant from CPO for injured employees will be resolved within 10 days. Medical docket will be provided immediately. Appeal against the punishment given by the SSP or SP 15 days, comments on the appeal against the punishment given by the CPO 7 days, comments on the appeal against the punishment given by the SSP or SP 7 days, copy of punishment order will be provided within 24 hours. Request to appear before CPO for personal hearing will resolve immediately. In welfare cases related to IGP office, case of financial assistance 3 days, case of four month salary 5 days, case of dowry charges 5 days. Case of funeral charges within 3 days, maintenance allowance 5 days, group insurance 3 days, creation of OSD post case 5 days, appointment case for Shaheed /family claim 3 days while scholarship case will be sent to IGP office as per schedule. Pay fixation case 3 days.

In, salary arrears will be sent to DAO in 5 days, salary miscellaneous issues in 3 days, LPC issue / submission case in 3 days and Pay Slip will be available immediately from the Welfare Center. All cases related to retirement and pension will be referred to the DAO within a period of 3 to 7 days. The cases related to Admin including issuance of NOC will be resolved in 3 days, deputation case in 5 days and all other issues will be resolved in maximum 5 days. Problems of martyrs will be processed within 14 days and sent to Central Police Office, TA/DA and Investigation Bills cases related to police will be resolved within 3 to 7 days while cases related to promotion and seniority will be bound to be sent to RPO office within 2 to 14 days. This system will also be integrated with front desks in Police stations of all districts through online so that police personnel can get all possible relief from this automated integrated system.