The Indo-US Relations and India’s Engagement with its Neighbors 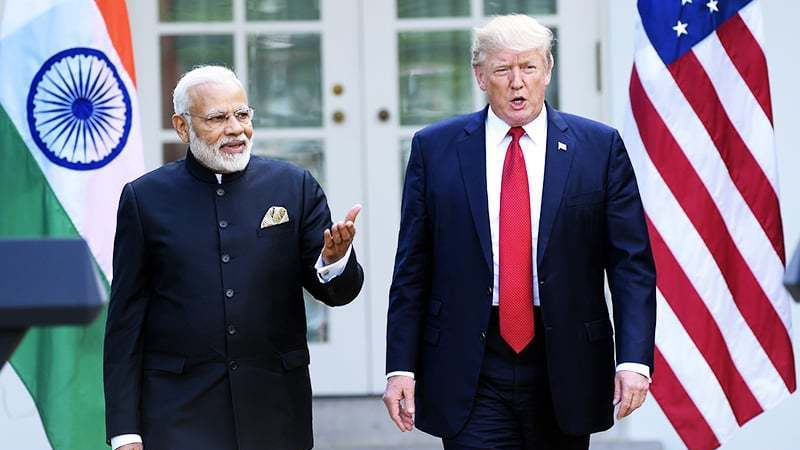 During the Cold War, India was neglected by the major powers of the world except Russia due to its anti-imperialist policies and leadership of the third world. Pakistan was its major contender in the region as its sibling rival. 1962 Indo-China war also kept India as a country of seclusion from others. However, after the Cold War, India broke its isolation and insecurity with a paradigm shift in its foreign policy orientation. Emerging from seclusion and gaining confidence, it transformed itself domestically as well as internationally (not regionally). Thus, the affix like rising India and shining India were attached to its new identity supported openly by the west.

This historic shift took place due to a drastic change in its economic, political, foreign and security policies. Economic reforms by successive governments; political stability and successive change of governments democratically without any announcement of “Emergency”; its policy of normalizing its relations with the West as well as its “Look East” strategy; and strategic policy of overt nuclear country during May 1998 brought it to the main stream of global politics. Needless to say, the US, for nuclear tests, sanctioned India economically and China also took a stern note of declaring it ‘the enemy number one of India’. But strangely, this mustered it more economic impetus.

It was argued that India’s rise took place due to its domestic economic, political, foreign policy and strategic reforms. This is too myopic approach. India’s interaction with other states in balanced dynamic international contexts mattered a lot. Moreover, the west never loved India. Rather it hated China more. Hence, to belittle China’s position globally and to make India a regional and neighborly competitor, the west support India in all aspects vis-à-vis China. World looked at India from the lens of China as a threatening global economic power; rise of terrorism after 9/11 and Asian Economic crisis. Thus ‘Shining and Rising India’ was in the interests of the west. The US instrumental engagement was very blatantly and bluntly demonstrated diplomatically as well as militarily by signing ‘Indo-US Nuclear Deal’ afterwards.

No doubt the US engagement with India showed its serious intent after 1998. In fact, it, in true sense, began with military approaches back in the 1980s. The Reagan administration offered anti-tank missiles and howitzers to India that laid the underpinning for their future 1990s intimate relationship. The post-1998 era of relationship between India and the US was interesting and alarming. Initially, the US condemned the 1998 nuclear tests with some force and sanctions. Later on, Strobe Talbot negotiated with Jaswant Singh, the then foreign minister of India to sign and ratify at least the CTBT, if not NPT. Interestingly, President George Bush junior abandoned both positions in favor of a bilateral deal on nuclear energy in (Indo-US Nuclear Deal) 2005 and a special waiver from the NPT in 2008. This reversal of American foreign policy worked and facilitated in India’s favor. Thus, India rose to global scene not because of itself but other states aided India’s rise in ways that may not have been done by itself during the end of cold war.

The most important policy shift of the US in South Asia was to ‘dehyphenate’ Pakistan from India. America supported Pakistan, after 9/11, to deal with the menace of terrorism, militarily and economically. It reassured India that this support to Pakistan will not herald zero-sum game in South Asia. It developed its relations with both countries on individual basis and said good-bye to the past policies of ‘even-handedness’ and ‘strategic balance in south Asia’. Thus an era of regional Indian dictation started. India acted more like a regional police man than one of the partners of the region.

With dehyphenation policy in South Asia, Americans accepted serious violations of international commitments and non-cooperation of India on international issues. After 9/11, the US never talked about the issue of Indian Occupied Kashmir and its resolution in the light of the UN resolutions. It came to this that last year, Kashmir was usurped by India and the US remained mummed. No international mediated resolution of the issue was talked about and no notice of the violation of human rights in the occupied Kashmir was taken, despite Pakistan’s hue and cry. Not only this, India also declined CTBT. India was not party to climate change treaty at Copenhagen. It also opposed western military action in Libya. Such flippant policies were not in the interests of the US rather it damaged its global position. But the US retorted very meekly. This boosted the Indian confidence.

The boosted Indian confidence today is too arrogant and haughty. Usurping of Kashmir on 5th August last year is an episode of the same. India’s uncompromising attitude towards its neighbors is noticeable. Its non-compliance with international treaties like India-Pakistan-Iran gas pipeline (ultimately India’s deletion from the project), its expulsion from the Chabahar project by Iran, its removal from the Chabahar-Zahedan Rail Link, and its violation of border region of Galwan Valley of China located in Ladakh demonstrate that India is moving towards a harder and violent era of its history. If its not stopped, the repercussions will be detrimental to the interests of those who projected India in the region and accepted all her good and bad demands.

The appeasement policy of the US towards India can very easily be equated with the appeasement policy of the allies vis-à-vis Nazi Germany during mid and late 1930s. By the time the allies realized enough is enough, it was already too little too late. India under Modi is also following the Nazi Germany path and the US is acting like the allies of the 1930s. Engagement is very important to keep the region from the horrors of the war.

Annexation of Kashmir on 5th August was a clear violation of international law. Good that Pakistan remained calm. Galwan Valley was a grim episode. Good that China restrained. However, no one can guarantee such cold peace but absence of war; resulting in the growing patience getting thinner. It was the US which gave confidence to India for violating rules of international relations. As Chairman Mao of China said, ‘A fish can swim only in a friendly sea’, India is increasing its enemies in its neighborhood and increasing its friends far-off. During the cold war, Pakistan also committed the same mistake by keeping its neighborhood hostile and thousands of miles away situated-America happy. Pakistan paid and is still paying the price of the past blunder. India must learn from Pakistan.

You can change friends but not neighbors. Engagement is important especially with neighbors. Nepal, China, Pakistan, Iran and Bangladesh are having cautious or hostile relations with India. An engagement for a friendly neighborhood and economic benefits is a security for the people as well as for the physical borders of a country. All South Asian countries especially India must learn.

The Author is the director of the institute of peace and conflict studies at the University of Peshawar. Twitter: @SHussainShaheed