The Latin term “demokratia”literally means the rule of the people. This takes into consideration all the demands of the populace, what changes they desire, how they would like their needs to be met, and what steps they expect their government to take in order to make headway against the defective areas of the country. The government elected by the nation then has to take the necessary measures, like the implementation of certain laws to avoid crime, undivided focus on the economy and financial stability of the country, prioritizing the knowledge departed to the youth, especially awareness about the country’s state of affairs, to ensure that its people are satisfied. That is how the ideal democratic republic starts on the road to success. 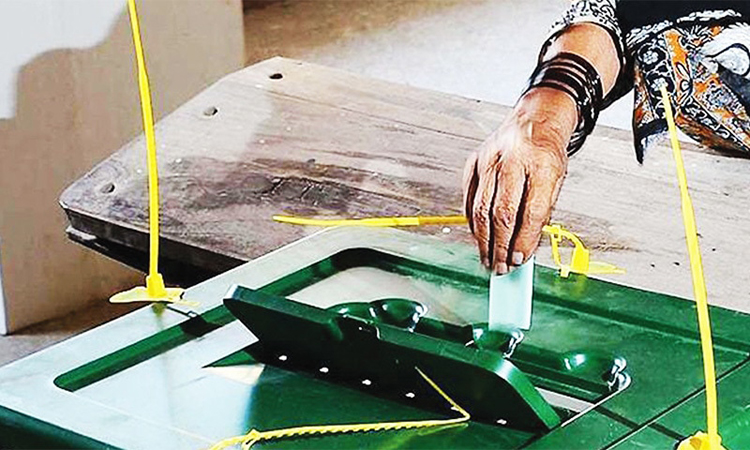 Third world is an obsolete term which was coined in the Cold War era to refer to states which remained neutral in their take on the afore mentioned clash between the First World and Second World nations. The countries belonging to the “Third World” category were simply classified as the ones who didn’t side with any of the countries in either of the first two worlds. At the beginning, this term meant under-developed or least developed, or the Global South, and every state belonging to this category was termed as poor. Even though that stereotype was soon abolished, the term had imprinted itself on the names of the countries grouped under it, which are considered as backward, unprogressive or inexperienced, whereas the correct term should be developing, advancing, orsemi-developed countries.

Democracy in the so-called third world has been a topic of discussion for many years. Ever since the advent of colonial powers in India, the ideology behind the perfect system of governance had kept evolving until a proper constitution was introduced and later, when the first elections in India were heldin 1920. After independence in 1947, the first democratic elections in Pakistan were held in 1970. It was decided then that Pakistan will follow a democratic pattern of administration, (not taking into account the four military governments Pakistan was subjected to) and is one of the youngest democracies to date.

For a democratic state to prove successful, it is crucial that the nation be aware of who it is voting for, and the political figures standing for elections know of the great responsibility that comes with the seat of the Prime Minister. However, in countries where the overall understanding of the legislation is little to none, poverty is at its height, illiteracy and unemployment are one of the many alarming crises plaguing the state along with the shortage of basic necessities, the system of governance employed hardly makes a difference. If the basic foundation of the country is ridden with such inconveniences, it is inevitable that the country will continue to suffer unless the obligatory initiatives are taken on part of both, the government and the state, to rid the land of these issues.

Reasons why democracy is failing, or is on the road to decline in certain under-developed or “third world” countries are multifarious, and a few are discussed in this article, as the magnitude of all of them cannot be encompassed within a few short paragraphs.

For a democratic state to prove successful, it is crucial that the nation be aware of who it is voting for, and the political figures standing for elections know of the great responsibility that comes with the seat of the Prime Minister

In a democratic state, it is important that the people be educated enough to know which decision is right for the betterment of the country and which isn’t. But, if a vast majority of the country is illiterate, and doesn’t know any better than to fall for the fictitious assurances and so-called “pledges” made by the deceitful “leaders” of the nation, then who is to blame? Winthrop Talbot writes in his article Illiteracy and Democracy, “Illiteracy is a barrier to democracy… we ignore the illiteracy of millions of unschooled men and women – apparently forgetting that the first requisite for government by representation is literacy.” Illiteracy plays a huge role in the decline of our economy. The lack of education in most of the rural areas in Pakistan has become a huge concern and raises a red flag when it comes to the future of the country.

Illiteracy leads to unemployment, and thus when those rising for elections untruthfully guaranteejobs for those without any source of income, a shelter for those without any roof over their heads, in exchange for their trust and their votes, they succeed. According to Masood Ahmed in his essay, Democracy and Corruption, “Politicians act according to the public choice theory which says that people are self-interested and try to maximise personal benefits and act in public interest only when doing so also promotes their personal interest.” Which takes us to another reason why democracy can be considered fruitless: corruption.

Pakistan has faced many hurdles, of which the hardest of all to overcome is corruption. Ellie Kedourie mentions Aristotle on democracy in his essay, Democracy and the Third World: Governance for Developing Countries: “For Aristotle, democracy was a vicious form of government, in which the many used their power for their own, rather than for the general good.” Time and again we have suffered economically and financially at the hands of nefarious, iniquitous legislators and representatives of the government, giving full credit to the reign of ex-PM Nawaz Sharif, which proved extremely detrimental to the state in itsdelicate, raw, developing years. Plundering the wealth of a nation already struggling to make ends meet, for more than 9 years, might have been a wake-up call for most people to realize their mistake in voting for the same fraudulent party, but subsequently proved to be the reason for the lack of political trust between the rulers and the ruled, which is again a major principal to be considered when it comes to the governance of a country.

Political trust is a mutual understanding that is a compulsory requisite for any form of government to function smoothly without any inconveniences. It is a sort of reassurance for the nation that they have faith in whoever they are voting for. One of the most cardinal factors involved in the governance of a state is the connection between the ruling class and its subjects. One of the salient features of any form of administration is the respect and love with which the nation regards its ruler. A successful government can only prove to be so, if it is built on a basis of trust. A nation cannot make the right decision when it comes to electing the governor of the state if it is skeptical about being confident in said government with the security of its wealth and future. In their article,Political Mistrust and the Economic Crisis in Southern Europe, Deigo Muro and Guillem Vidal write, “Political trust is important for the effective functioning of democracies and for having a smooth relationship between elected representatives and citizens.” This only strengthens the argument that without a basic political trust in the nation for the legislation, the government cannot perform to the best of its abilities, which classifies as another hindrance to the progression of an under-developed democratic state.

The writer can be approached at @anna.kazmi94@gmail.com