Will BRT Peshawar stand for 100 years?

I have critically analysed the Bus Rapid Transit (BRT) Peshawar with insights from Denicol 2020 and Midler 2019. 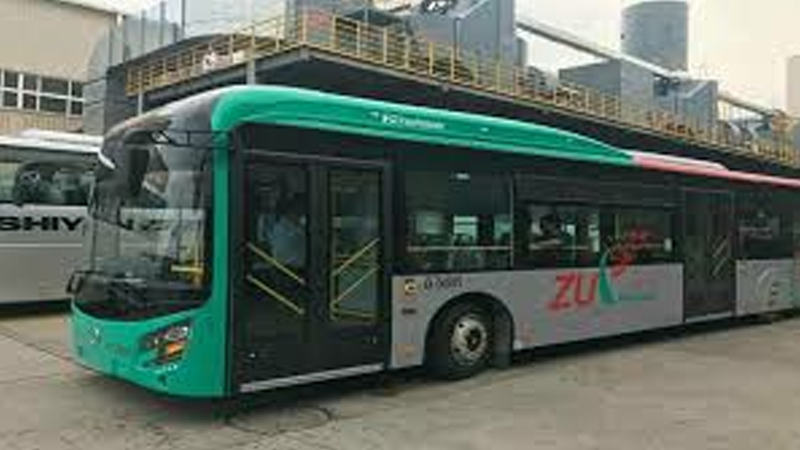 In my understanding, the BRT Peshawar is not a hundred years project but a waste of money by the government of Khyber Pakhtunkhwa. If we analyse the design of the project in general, it is on the ground, below the ground and above the ground. The design is not in a tremendous shape, which leads to a hundred years revenue contribution to the economy of the KP government.

The BRT design has disrupted so much area from the route. Either the project was supposed to be on the ground; below the ground or above the ground. With my understanding, this design has disrupted the route. We cannot introduce another megaproject on the same route in the upcoming years. With the growing population of Pakistan, especially Khyber Pakhtunkhwa, the BRT might not address the transport problem in future. We might need a “Fast Train” below the ground (underground) or above the ground (on flyovers), which would be disrupted by the BRT design. We might demolish this mega project for another mega project in future. In the futuristic approach, I have strong criticism over the design of BRT. It was supposed to be in one place, not occupy all areas.

The project was launched with an initial budget of 49.453 billion, which was later increased to 66.437 billion. In the same year, it was increased to 99 billion rupees.

With reference to Denicol 2020, “the project shall be installed with understandings of the megaprojects as a complete production system, from planning, through design, manufacturing and construction to the integration of handover.”

Moreover, he added, “there should be inspiration drowned from studies and an identification knowledge about, how megaproject performance interrelate and work together to achieve a project goal.”

In the scenario of BRT Peshawar, I have not witnessed the research studies to be made before the project. Because, in Peshawar, there is only one main route covering all areas of the city, which is disrupted by BRT road and the traffic is increasing day by day with increasing the number of vehicles on the roads.

In the developed countries, the BRT is given a specific route in the same road, above the ground and below the ground, there are “Fast Trains” covering the city from all sides. This is not disrupting the local transport system, but also increases the flexibility of travelling and save time. And the project stands for a hundred years.

Secondly, the people of Peshawar used the BRT on August 13 in a pretty careless manner. Buses were overloaded. In some areas, the public could be seen sitting on the top of the bus. The travel time doesn’t bring mental eas. Rather, it was an experience dotted with sound and noise pollution. Such sort of behaviour from the general public clearly shows that we don’t need BRT. We need quality education. We need to learn ethics. We need to learn how to behave like civilised human beings.

All this was supposed to be addressed in the initial studies. In the PC- I, the initial budget was 49 billion PKR, which was later increased to 99 Billion PKR till its formal functional date. This shows a lack of feasibility studies and the flawed design of the megaproject.

Denicol 2020 focuses on the planning and design first to be addressed and formulated in a draft before starting the megaproject.

Furthermore, I would like to share my eye-witness account of the incapability of the project team during the construction of BRT. I have witnessed several times that the design was changed after the construction of a specific area. In one case, an underground area was fully constructed and later the team realised that the bus could not “take a turn” in this area. Thus, the previous construction was demolished and reconstructed again. This clearly shows that the project’s initial study was not documented in a good way.

There are so many other scenarios as well. The bus was found unable to move near the station at one point because of the low space. Later, the area was demolished and reconstructed so that the bus could travel with stations. In another case, the above flyover was constructed with two holding pillars from the ground, which was later questioned by the Asian Development Bank team in a formal visit reported in Tribune. Later, they demolished the whole flyover and increased two more supporting pillars from the ground to the flyover. All this shows the incapability of the team and a lack of initial studies and design.

Moreover, all initial work done before the megaproject formulation was not productive enough to generate quality revenue and give back the loaned amount.

In the insight of Denicol 2020, there should be stakeholder engagement and management. Where there is a concept of institutional context, “the set of formal organisational structures, rules, and informal norms.”

In the context of BRT, if I may question, what are the informal norms, rules and the organisational structures? Because in Denicol 2020, who is going to operate the asset? Who will address the revenue coming from BRT so that they may be collected safely and given back to the ADB?

A good organisational structure is needed because the megaproject has been corrupted by the project leaders in the construction, which led to an increase in the cost of the project. I don’t think that it will be repaid by the BRT.

Moreover, there shall be a “delivery model strategy” to deliver its best and pay back the amount and be a hundred years project.

Referring to the stakeholder engagement and the management concept of community engagement to the BRT, the project involves the local population. The poor performance of the megaproject also refers to the misuse by the general public. People are not guided well about the use of BRT. There shall be media guidance regarding the use of the project to keep it safe.

Last but not the least, given the insight of Denicol 2020, Leadership and Capable Teams to the concept of Project leadership: there is a need of strong leadership role, project champions and dedicated leaders committed to the success of the project. But in the political scenario of Pakistan, every government brings down the project of the previous governments. So, in my opinion, this might be discouraged by the next government in a futuristic approach. In the leaders and capable teams, we can take examples of local firms and companies, which are growing so fast because of a good leadership role.

The study is based on two research papers, Denicol 2020 and Midler 2019, structured on the megaproject management, performance, problems, solution, failures and success.

The writer is a freelance columnist interested in policy analyses and debates. He tweets @kashifaakash23 and can be reached at kashifaakash.wordpress.com