Pakistan and poverty: more slipping beneath the poverty line!

Nobody can deny the fact that poverty is a curse. It is one of the challenging matters for the governments of almost all nations including Pakistan. The concept of poverty isn’t new in Pakistan the same number of studies have been led at both national(Government of Pakistan; Pakistan Institute of Development Economics) and international organizations (World Bank; United Nations) 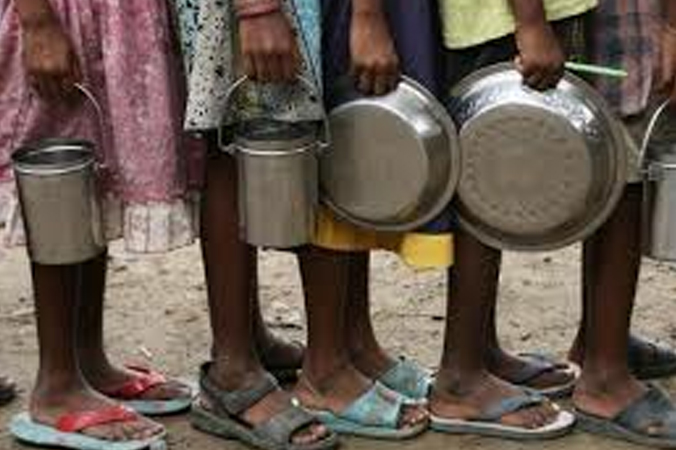 Constitution of Pakistan’s Article 38 (d) commits the state “to provide basic necessities of life such as food, clothing, housing, education and medical relief to the needy irrespective of sex, caste, creed or race”. Still The greater part of its populace lives in totally unfavorable conditions. Countless individuals in our nation don’t have a proper place to live, this hopeless condition has brought forth an enormous number of poor people and many emerging social issues are straightforwardly or in a roundabout way associated with poverty.

Pakistan doesn’t have any broad or all inclusive social protection system that covers the entirety of its populace. As indicated by the World Bank’s Poverty Headcount Analysis, if salary per grown-up in Pakistan is taken as $ 1.25 every day, at that point 21.04 percent of the populace falls beneath poverty line However on the off chance that the poverty line is raised to $ 2 every day in accordance with international standards for middle income countries at that point 60.19 percent of the populace fall beneath poverty line. The report found that over two-thirds of individuals in FATA (73 percent) and Balochistan (71 percent) live in multidimensional poverty. Poverty in Khyber Pakhtunkhwa remains at 49 percent, Gilgit-Baltistan and Sindh at 43 percent, Punjab at 31 percent and Azad Jammu and Kashmir at 25 percent. Quetta, with 46 percent, has the most noteworthy poverty rate while Islamabad, with 3 percent has the least poverty rate.

The government should find a way to lessen poverty

The nation’s famous economist, Dr Hafiz A Pasha, asserted that at the end of two years of the Pakistan Tehreek-e-Insaf (PTI) government, 18 million more people may slip into abject poverty due to low economic growth and double-digit food inflation. Poverty is expanding step by step, and the rising poverty is the result of poor governance and slow economic growth.

In 2001, the government was helped by the International Monetary Fund (IMF) in setting up the Interim Poverty Reduction Strategy Paper that proposes rules to lessen poverty in the nation. Tragically, following two decades yet our nation couldn’t give productive outcomes.

The reasons for poverty are very clear and known. Unemployment is the significant reason for poverty. Unemployment means no source of income and the result is poverty. High pace of inflation is an additional explanation behind poverty. Due to inflation a large amount of money is not enough to purchase much amount of goods and services. Inflation decreases the savings and investments of poor people and they remain poor. Quickly raising populace is likewise a reason for poverty. Existing populace is now not given fundamental necessities of life.

So increase in population will lead to increase in poverty. Lack of education and training is also a cause of poverty. It reduces the abilities to work. Sometimes a worker due to illiteracy remains unemployed or underemployed. Similarly, lack of skill in entrepreneurship also reduces his profit and its result is poverty. Unstable government and instability in the policies of government is another cause of poverty. Every government fails to establish such a policy that leads to reducing poverty.

The government should find a way to lessen poverty. The government must set up enough social security and make open doors for a superior life for each person. For that, the government needs to educate everybody. Education helps increase individual earnings for every member of a family. UNESCO points out that basic reading skills can lift 171 million people out of extreme poverty. Henceforth, the educated Pakistan can be the developed Pakistan.

The writer is a researcher, interested in social, political, economical and international affairs