Since the beginning of the coronavirus pandemic, major powers of the world have invested billions of dollars to develop the coronavirus vaccine. It was a global race just like a space race and nuclear arm race among the major powers during the cold war. Now, it clearly appears that Russia has won the vaccine race despite US billion dollars investment in developing the anti-COVID-19 antidote. Similarly, to develop the anti-COVID-19 vaccine US, Western Europe and China has established separate research programs worth billions but deliberately failed to develop the vaccine. 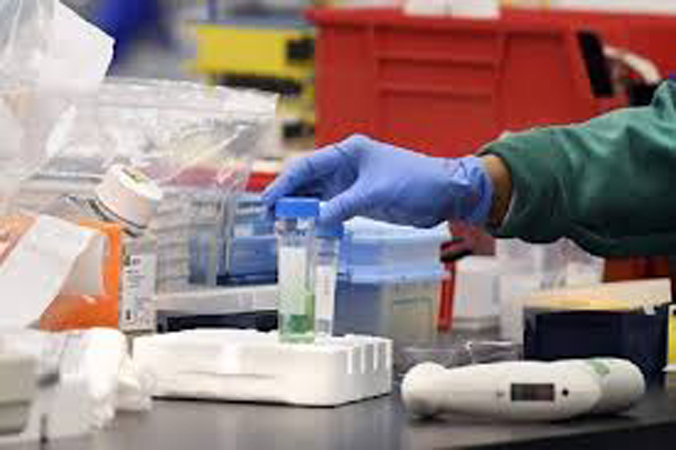 On the other hand, from the beginning of pandemic Russian president Vladimir Putin has made the production of Coronavirus vaccine a top priority and hence, Russia remained successful in producing the coronavirus vaccine against the backdrop of billions, which was already invested by the US and UK. Moreover, the fact cannot be denied that the big pharma companies in the US and UK have also received billions to produce the vaccine. In this regard, the surprise announcement of the Coronavirus vaccine on Tuesday by Russian President Vladimir Putin has not received much appreciation in the western media.

Some of the western media outlets blamed Russia for stealing vaccine information from the high profile research laboratories in the US and U.K through hacking. Indeed, these brittle allegations have nothing to do with reality because the coronavirus vaccine race among the major powers was political in nature. Subsequently, the geopolitical victory of Russia on the production of coronavirus vaccine was not lesser than the astonishing USSR launch of the first satellite into space in 1957. In this respect, the COVID-19 vaccine race among the major geopolitical rivals goes beyond science and ordinary political competition.

By becoming the first nation to produce the coronavirus vaccine, Russia has asserted its geopolitical image and refurbished its international stature. Perhaps, it has also contributed in restoring President Vladimir Putin’s domestic and global image, who is a popular propaganda icon of the western mainstream media. During the nationwide announcement of the vaccine, President Vladimir Putin proclaimed that the vaccine was tested on one of his daughters, and the test remained effective. Although, Russia’s due date for the announcement of vaccine was September but the announcement was made after the completion of phase-II trial. Many scientists in Russia are questioning the availability of vaccines globally before the completion of phase-III trials, which requires three months’ time with substantial human trials.

According to Russian government the vaccine has proven effective against the COVID-19 and offers an effervescent immunity from the virus. According to Health Ministry of Russian Federation, the vaccine is capable of providing immunity against the COVID-19 for up to two years. This is indeed a great achievement on the face ongoing pandemic, which has shattered the global economic growth. The large-scale production of the vaccine will begin in September, till then the vaccine test will continue on risk groups such as doctors, health workers and teachers, according to Russian authorities.

The surprise announcement of coronavirus vaccine by Russia has raised concerns across the west regarding the cogency and effectiveness of the vaccine. A week earlier when Russia announced that its coronavirus vaccine is almost ready, in response WHO declared the announcement as unofficial and insisted the product cannot be licensed without complete trials on humans in different phases. Consequently, the immense skepticism from the WHO officials has intensified the uneasiness of western countries especially the US about Russia’s coronavirus vaccine.

But, President Putin contends that the vaccine has undergone necessary trials and was announced after approval from the Russian health ministry. Now, it seems vivid that President Putin has trampled the US President Donald Trump in the vaccine race, whose handling of the pandemic has dragged huge criticism from the democrats. The production of vaccines under the leadership of Russian President Vladimir Putin is a great achievement that will hoist his popularity at home and abroad. Moreover, the fact cannot be denied that Russia has a long history of great achievement in science whether its space or nuclear technology.

Correspondingly, in the field of medical sciences Russia has also proven itself as a leading nation by becoming the first country to produce the coronavirus vaccine. In addition, Russia also has a track record of developing vaccines by using medical technology. For instance, Russian scientists developed the Ebola vaccine back in 2014 by using adenovirus that remained effective. Since then Russian Health Ministry has been spending a significant amount to fund research programs in the field of medical technology. Thanks to the immense efforts of the Russian health ministry-finally Russia has won the COVID-19 vaccine race.