Real Spirit of the Independence Day

It was due to the selfless practical unity among the Muslims under the leadership of Quaid-i-Azam Muhammad Ali Jinnah that Pakistan became a tangible reality on August 14, 1947. But that unity started declining after passing through various crises, and the result was the separation of East Pakistan in 1971, as India manipulated differences between East Pakistan and West Pakistan. Although August 14 is celebrated every year as the Independence Day, this time, it has come at a time when Pakistan is facing multiple threats of grave nature externally and internally, which are worrying all the citizens.

More than 12 months have passed. But, Indian fanatic government of the ruling party BJP led by the extremist Prime Minister Narendra Modi continues its lockdown in the Indian Occupied Kashmir (IOK). On August 5, 2019, Indian government revoked articles 35A and 370 of the Constitution, which gave a special status to the disputed territory of the Jammu & Kashmir (J&K). Thus, New Delhi unilaterally annexed the region with the Indian Federation to turn a Muslim majority into a minority. Acting upon the ideology of Hindutva ((Hindu Nationalism), Indian biased rulers also issued domicile certificates to 40000 non-Kashmiris.

Pakistan’s Armed Forces and the primary intelligence agency, ISI, have successfully broken the backbone of the foreign-backed terrorists

Meanwhile, Indian fanatic rulers are also escalating tensions with Pakistan and have continued shelling inside the Pakistani side of Kashmir by violating the ceasefire agreement about the Line of Control (LoC). Externally, Pakistan’s forces, especially, Pak Army and Rangers have been boldly responding to India’s unprovoked firing at the LoC. Notably, the Indian Citizenship Amendment Act 2019 (CAA), passed by the Indian Parliament further exposed the discriminatory policies of the Modi regime. The CAA coupled with the National Register of Citizens (NRC) is mainly against the Muslim immigrants particularly from Pakistan, Bangladesh and Afghanistan. Since last year, daily mass protests continued across every state in India against the CAA and the NRC. Despite criticism of the rights groups, foreign leaders, the UNO and moderate Hindus in wake of violent protests which killed and injured hundreds of persons-mostly Muslims by the police and fanatic Hindus, Modi’s government has not withdrawn the CAA/NRC. 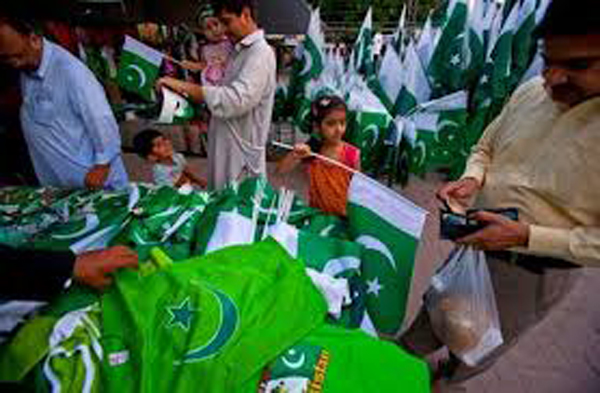 In this regard, a government-appointed the Delhi Minorities Commission (DMC) said in its recent report: “At least 53 people, mostly Muslims, were killed and more than 200 were injured in the worst communal violence in the Indian capital Delhi…against a new citizenship law [CAA] in February, this year…laying out the path to citizenship for six religious groups from neighbouring countries except Muslims…the law was discriminatory…Muslim homes, shops and vehicles…mosques were selectively targeted during the rioting…broke out across the country…with support of the administration and police, a retaliatory plan of pro-CAA protesters was worked out to trigger violence at a large scale…Some senior BJP leaders like former member of Delhi legislative assembly Kapil Mishra of fuelling the Feb 23 violence.”

Despite the new agreement to resolve the issue of eastern Ladakh through dialogue, the border dispute between China and India remains unsettled and has increased tension between the two countries. In this context, Pakistan’s civil and military leadership has repeatedly stated that to divert attention from internal crises and the border dispute with China, New Delhi can arrange another Pulwama-type false-flag terror attack in the Indian Held Kashmir to justify military adventure against Pakistan. In response, Chief of the Army Staff Gen Qamar Javed Bajwa has frequently said that Pakistan’s Armed Forces are fully ready to meet any prospective aggression or invasion by India.

Internally, Pakistan’s Armed Forces and the primary intelligence agency, ISI, have successfully broken the backbone of the foreign-backed terrorists. Peace has been restored in the Balochistan province and Karachi, including other vulnerable regions. In the recent past, terrorist attacks particularly in the provinces of Khyber Pakhtunkhwa and Balochistan, which is the central point of the China-Pakistan Economic Corridor (CPEC) show that the CIA-led Indian RAW, Afghanistan’s intelligence agency National Directorate of Security and Israeli Mossad are destabilising Pakistan and want to damage the CPEC project which is part of China’s One Belt, One Road (OBOR) initiative or BRI, as the US and India have already opposed this project.

At this juncture, Pakistan is also facing multi-faceted crises and challenges like corruption, soaring prices, energy-shortage, unemployment, crimes, lack of health facilities, and dependence upon the US-led developed countries, IMF and World Bank for financial aid. And coronavirus pandemic has affected Pakistan in the wake of the country’s fragile economy. In this respect, civil and army institutes are implementing comprehensive plans for treatment of the patients and to further stop the spread of this novel virus. Moreover, Pakistan’s security forces have been facing a different war, while the enemy is also different, who employ subversive activities of various kinds which include both internal and external challenges. In these terms, Pakistan is in the state of the new war, being waged by the Armed Forces and intelligence agencies against terrorists. At this critical moment, this significant day emphasises that our political leaders must pledge that they will not support their parties at the cost of the country. To castigate the conspiracy of the external enemies against the integrity of the country, our political leaders and human rights groups must also stop manipulating any crisis against Pak Army and ISI whose image are deliberately being tarnished by the external plotters.

As regards the Independence Day, March 23, 1940, was a watershed in the history of the sub-continent, when All India Muslim League passed the Resolution in Lahore for the creation of an independent state. Earlier, in his address to the Muslim League at Allahabad in 1930, the idea of a homeland for Muslims in their majority areas had been envisioned by the poet Allama Sir Muhammad Iqbal and had become the aspiration of Indian Muslims. The British colonialists in connivance with the majority Hindu population had manipulated and targeted Muslims through every possible way. In that background, Muslims had started to struggle for a separate state. Nevertheless, before the Lahore session of Muslim League, Muhammad Ali Jinnah had specified to this historical congregation of the Muslims, the watch-words of ‘Faith, Unity and Discipline’ which were not only necessary for waging the battle for an independent homeland but also present Pakistan. The essence of these watch-words is unity, which is also the real spirit of Independence Day.

It is a good development that despite differences, Pakistan’s ruling party PTI, opposition parties and military are on one page regarding Indian prospective aggression and military lockdown in the IOK. On this occasion, the government, opposition leaders, civil societies and media owners, including all other segments of society, must sign a charter of unity, which is very necessary to pull the country out of the ongoing serious crises and to meet the Indian war-mongering designs.

The writer is the author of “Invisible Balance of Power”