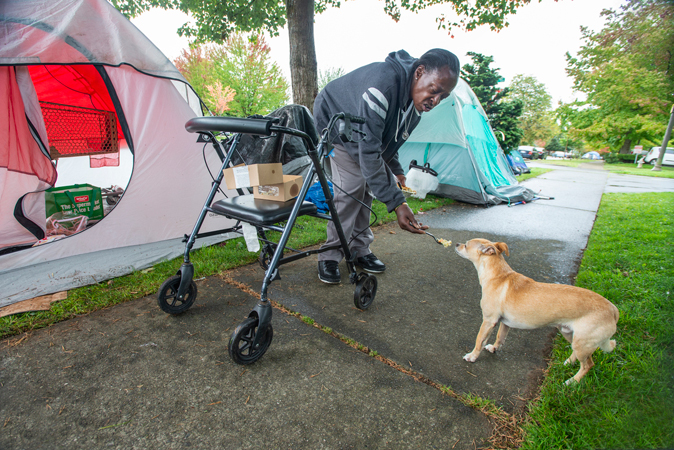 An Oregon city has joined Boise, Idaho, in eliciting a precedent-setting court ruling that could change how cities nationwide cite and fine people living outside.

A US judge decided last week that Grants Pass, Oregon, violated its homeless residents´ Eighth Amendment rights by excluding them from parks without due process and citing them for sleeping outside, The Oregonian/OregonLive reported.

The ruling builds on the landmark 2018 Martin v. City of Boise case that said cities cannot make it illegal for people to sleep or rest outside without providing sufficient indoor alternatives.

The US Supreme Court last year refused to hear the Martin case, forcing cities to rethink how their policies and law enforcement officials handle growing populations of people without housing.

In Grants Pass, people have been complaining for years to the Oregon Law Center office that their ability to rest was made impossible by local ordinances.

Debra Blake was one of them. She lost her job and then her housing about 10 years ago and lives in Grants Pass. On Sept. 11, 2019, Blake was lying in her sleeping bag in a park when she was cited for illegal camping and prohibited conduct. The same day she was cited for criminal trespass on city property.

The fines with those tickets totaled $885 and she was also excluded from the parks. The city has said Blake owes $5,000 in stacked up fines and fees.

She is one of several people who joined the case, many with similar debts.

US Magistrate Judge Mark D. Clarke wrote in his ruling, “Let us not forget that homeless individuals are citizens just as much as those fortunate enough to have a secure living space,” he said.

Many cities and counties were thrown by the Boise case, which has been widely interpreted as saying that it is unconstitutional to arrest people for what are called “sit-lie laws” — resting and sleeping in public — if the jurisdiction does not provide adequate shelter or affordable housing.

The Boise case was based in part on the Eighth Amendment — that arresting homeless people for simply being homeless is cruel and unusual punishment.

Clarke went further in the Grants Pass case, saying the city´s policies amount to excessive fines for doing something that all humans must do — sleeping, staying dry, staying warm, sitting down — only applied to a small group of humans. “Those activities are just unavoidable and tied up in the status of being unhoused,” said Ed Johson, head of the Oregon Law Center.

Johnson said the decision still leaves room for cities and counties to regulate how and where people camp.

“I hope what cities take from it they have a wide range of tools at their disposal, but the tools are not punishing people in their community who have no choice but to be living outside,” Johnson said.

The National Law Center on Homelessness and Poverty joined the Oregon Law Center in taking Grants Pass to court.