How can I be protected from cybercrimes?

Lately, many people not only in Pakistan but across the globe, are concerned about cybercrimes and raise the question how far the data in their mobile phone/computer and online is safe and how can it be prevented from being stolen or in the wrong hands?

According to the cybercrime laws in Pakistan, stealing data from one’s mobile or computer and spreading it with bad intention or any kind of interference in it is considered a crime. This data can be informing of images, videos, written content or in any other form.

In Pakistan, cybercrime complaints are on daily basis recorded and the relevant authority – Federal Investigation Agency (FIA) – has a special setup known as ‘cyber wing’ which deals with these cases under the available resources and prevailing law is trying its best to respond and redress, which is no doubt remarkable in current time when cybercrime has increased in the country.

Keeping in view the reports published in the media, the increase in these gender related cases is the most important factor in which more cases of harassment of women are being reported. On the other side, boys also face cyber harassment but mostly they are not reported due to the factor of shame.

Women and children do not know what is important to take care of while using mobile applications and online activities. By all means, they become a victim of blackmailing, harassment and many other issues. In some cases, it leads to depression and at the end they commit suicide while in some case they become victim of honor killing as well. 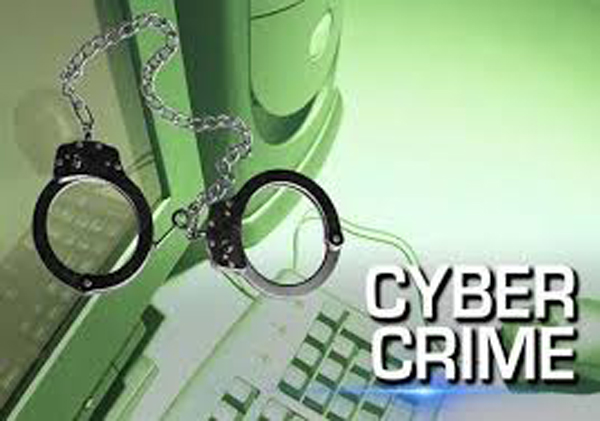 With modern technology smartphones and mobile phone applications, it is possible now that during video call user images can be created or video recorded. These images can be easily edited while the location of the caller can also be detected from mobile applications. So, women and children who are unaware of the security features of social media, and online applications etc., can easily harm themselves by becoming victims of cyber predators.

While the trend prevailing in society is that only edited images are considered as real which has a negative effect on women’s and children’s personal lives. Usually golden dreams are shown to them on the Internet, whether they are in the form of a lottery, a job offer or in some other form.

As cybercrime in the country is increasing by almost 50% annually, one reason for the increase in complaints is that the number of Internet users has increased significantly in the last decade in Pakistan. The biggest increase in the number of internet users has happened after the mobile phone companies have launched 3G and 4G technology and from here the people with criminal minds are also misusing the technology. The FIA statistics for years 2016-19 show the number of complaints in 2016 is 9,075; in 2017 it increased to 9,364; in 2018 the figure almost doubled and 19,014 complaints were received while in 2019 it increased by three times and numbers of complaints were 56,696.

To prevent cybercrime in Pakistan, law was introduced in 2002, which critics call ambiguous. But in 2016, parliament passed a new law called the Pakistan Electronic Crime Act of 2016 or ‘PECA’.

Under this law there are three crimes in which PECA can also bring direct arrest. These include crimes, such as creating and spreading child morality images, cyber terrorism and trying to damage their personality by changing the images of national.

Under this law, the ‘FIA’ authorities can file an FIR only with the permission of the court after the investigation. These other crimes include hacking, stealing data, harassment, fraud, spreading viruses, and stealing someone’s ID or password, etc.

As experts say it is important to make cyberspace a safer place and free of cybercrimes. So it is suggested that the complaints of such incidents should be filed immediately to the FIA Cyber wing so that the suspects can be tracked on time and brought into the custody of law.

Recommendation and way forwards for the government and other stakeholder to make cyber space a safe place are that they develop a national policy regarding online protection of women, children and youth. Develop a mechanism to counter and take down false and fake information. There should be cyber policing for identification of cyber predators. Assure access of rehabilitation services to cybercrime victims.