Trump administration’s bid to extend an international arms embargo on Iran will be up for a vote at the UN Security Council next week. US Secretary of State, Mike Pompeo’s, statement, on Wednesday, hints at attempts towards preventing Tehran from conducting proxy warfare in the region or continuing with its proliferation efforts. This latest strategy, just months before the scheduled November 2020 elections, is aimed at coercing a state, which has been at the receiving end of the Trump doctrine, and has become increasingly emboldened and defiant in the process. This proposal fails to account for several factors, which have contributed towards Iran’s acrimony and go beyond the established narrative that proxy groups will be officially sanctioned by Tehran in the Middle East. These factors act as justifications as to why next week’s American proposal should be cut short with countries such as China and Russia playing a key role in possibly vetoing it.

Firstly, this proposed arms embargo extension is a part of an extended political campaign, which has strangled Iran to the brink of economic collapse by the Trump administration. The scrapping of the Joint Comprehensive Plan of Action Nuclear Deal signed by the P5+1 in 2018 had left Iran increasingly vulnerable at the international stage; prompting the senior leadership to peddle the narrative that Washington DC continues to violate international law. The American withdrawal had also coincided with clearance given by the IAEA regarding Iran’s compliance with the JCPOA deal where no credible indicators of Iran striving towards developing a nuclear device after 2009 being found. Furthermore, many American allies distanced themselves from the Trump administration and strove towards preserving the deal with an understanding that rolling back on prior commitments would only embolden Iran towards the path of proliferation.

This proposal fails to account for several factors, which have contributed towards Iran’s acrimony and go beyond the established narrative that proxy groups will be officially sanctioned by Tehran in the Middle East

The unfair treatment has also been meted out by the Trump administration during the initial stages of the COVID-19 pandemic, which had burdened Iran’s crippled health infrastructure. The adamancy of the White House, in not providing any sanctions relief, resulted in the denial of access to key medical supplies for the Iranian population. Furthermore, the increased acrimony and negative public sentiment domestically were capitalised upon by the senior Iranian leadership with its hardliners; increasing the intensity of its rhetoric against the US.

The fact that trust deficits had festered since the Trump administration assumed power, has resulted in an increasingly defiant which considers any prospects of direct negotiations with the United States to be off the cards. In a meeting with senior leaders in May last year, the supreme leader of the country, Ali Khamenei, equated negotiating with Washington DC on another prospective nuclear deal with poison. 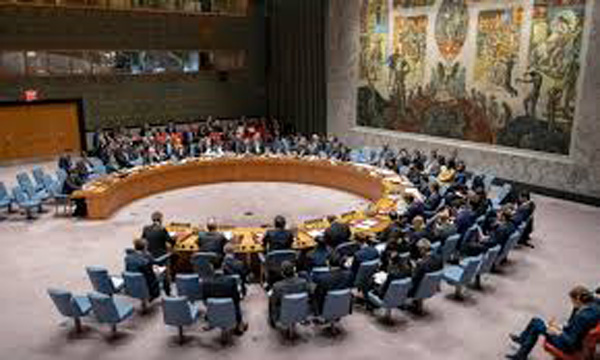 On the subject of arms embargoes, Iran has made it clear that the preservation of the JCPOA depends on lifting the embargo and nothing else. This narrative has gained increased resonance across the country in light of historical trends of how the Trump administration dealt with Iran with economic coercion and strangulation resulting in the cash-starved country failing to resuscitate its economy internationally. Trump’s crackdown on Iran took place despite repeated denials from Tehran regarding developing nuclear weapons, which has been rebuffed time and again by the Trump administration. This was a fact acknowledged by the IAEA in the aftermath of the US withdrawal from JCPOA the deal. While the arms embargo extension is to be viewed from a proxy warfare prism instead of a proliferation one with many American allies reiterating fears of Iran arming proxies across the region, the fact remains that Tehran is not alone in pursuing such debilitating strategies in the Middle East. There is incontrovertible evidence that the US has provided assistance and sponsored the Kurdish YPG militia in the Middle East; contributing towards sowing discord and threatening strategic stability in the region. An increasingly emboldened Iran with proxies at its disposal is also the result of the persistent inability of the US to uphold key principles of diplomacy, such as mutual respect, pursuing direct negotiations with Tehran and allowing Iran to present its narrative on key issues such as proliferation and threat perceptions, which have contributed to proxy warfare.

Hence, countries such as Russia and China who have had a history of pursuing policies based on neutrality and respect for state sovereignty which are divorced from coercion and subjugation can and should rightfully veto this proposed extension of the arms embargo at the UNSC next week. Much of the reservations of Moscow and Beijing are also grounded in facts, with experts such as Roberta Czulda of Poland considering Iran to lack the financial capabilities of triggering an arms race in the Middle East. The US has also threatened to invoke a provision in the JCPOA allowing for all UN sanctions to be imposed on Iran. This invocation and lack of understanding of Iran’s capabilities prompted the former to be rejected by many of Washington’s long term allies in Europe as experts warned that such a move would eventually kill the deal and allow Iran to become increasingly emboldened. From a principled standpoint, however, it is important to ensure that a state, which has borne the brunt of US duplicity, economic strangulation and open threats does not become subject to further exploitation, which is precisely why the proposed arms embargo extension is muddled with trouble.

The writer is an Assistant Research Officer at the Islamabad Policy Research Institute. He was also a Visiting Fellow at Stimson Center, Washington DC in 2016