39 injured in grenade attack on JI rally in Karachi 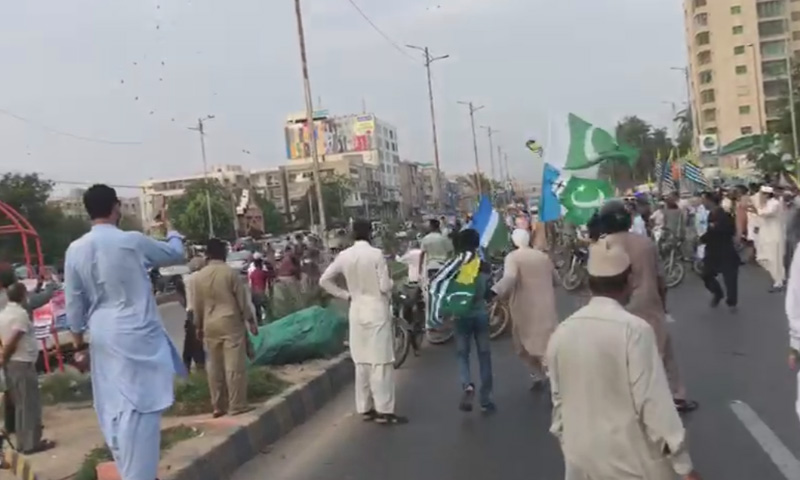 At least 39 people were injured in an explosion at a Kashmir solidarity rally organised by Jamaat-e-Islami (JI) in Karachi’s Gulshan-e-Iqbal area on Wednesday.

According to police, the blast was caused by a grenade, which was tossed near the rally by unidentified assailants riding a motorcycle. They managed to flee afterwards.

Sindh health department spokesperson Meeran Yousuf said that so far 39 people have been reported injured, of which one is in critical condition. She earlier said five of the injured were taken to Al Mustafa Hospital, seven to the Jinnah Postgraduate Medical Centre (JPMC), 11 to Aga Khan University Hospital and 10 to Liaquat National Hospital. No deaths have been reported so far. “A majority of the patients have very minor injuries. Some have been discharged,” said Yousuf.

Earlier, eyewitnesses said the blast caused a stampede which resulted in severe injuries to five people on the site. The number was corroborated by the JI spokesperson and Senior Superintendent of Police (SSP) East Sajid Amir Saduzai.

SSP Saduzai said a bomb disposal squad was called on the site to determine the nature of the blast and sweep the area clear of any possible explosives. Police also cordoned off the area and begun an investigation into the incident.