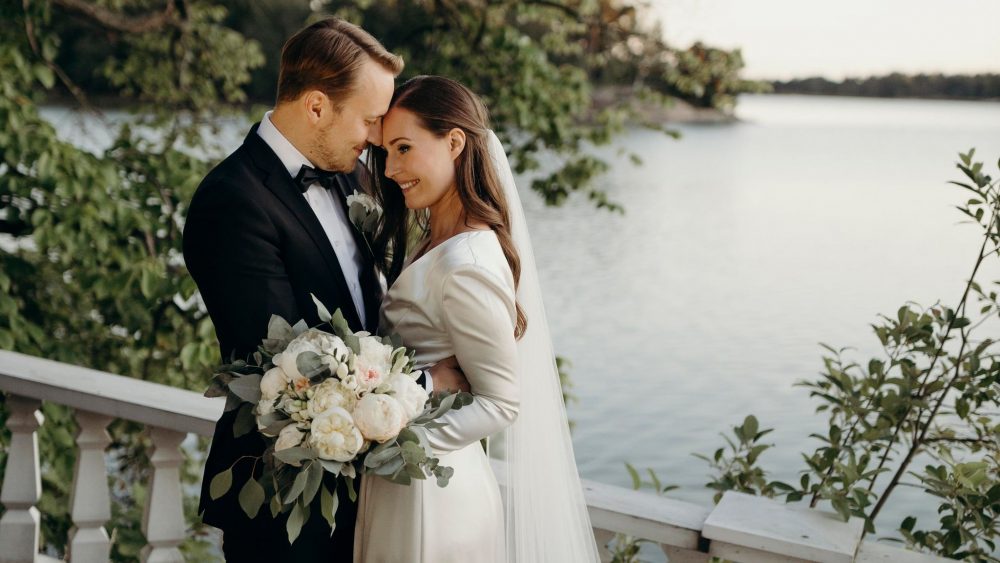 Finland’s Prime Minister Sanna Marin declared on Sunday that she had married her longtime partner and former Finnish soccer player, Markus Raikkonen. The pair have been together 16 years and have a 2-year-old daughter together, the government said.

The couple wed on Saturday with family and their closest friend attend’s the wedding, the Finnish government said in a statement on Sunday that just 40 guests attended the wedding, which took place at their official residence in Helsinki, a picturesque seaside villa. Marin, 34, first announced her wedding in an Instagram post.
Wedding photographer Minttu Saarni said on Instagram it was a “great honor” to capture their special day.
“We’ve lived together in our adolescence, grown up together, and become parents to our beloved daughter. Thank you for being by my side,” the prime minister wrote to her husband.

Marin, a Social Democrat who has been a creative user of social media and an enthusiastic advocate for environmental issues, became Finland’s prime minister in December.

The politician became the youngest prime minister in Finland’s history upon her appointment, in addition to the country’s third-ever female ruler.

When she became prime minister, Finland’s coalition government was then made up of five parties all led by women.