Quetta suicide attack condemned by all walks of life

PESHAWAR: The worst terror attack a suicide blast at Quetta Civil Hospital, that claim more than 70 lives was largely condemned by journalists, politicians and representatives of civil society, while representatives of these bodies asked the authorities to ensure protection to journalists and common citizens.

Members of Khyber Union of Journalists (KhUJ), Peshawar Press Club (PPC) and people from all walks of life on Monday held a protest demonstration against the Quetta attack. Holding banners and placards inscribed with different slogans regarding their protection. The agitators gathered at Sher Shah Suri Road outside Peshawar Press Club and shouted slogans against the government. Speaking on the occasion, Syed Bukhar Shah Bacha, President PPC was of the view that rulers had completely failed to provide protection to journalists as well as common people. If the rulers were serious in providing protection to masses the Quetta incident would have not occurred, he maintained.

Saif ul Islam Saifi, President KhUJ also lashed out at the government for failing in providing security even at the hospitals.

Condemning the Quetta explosion Saifi said that the people and journalists of Khyber Pakhtunkhwa could understand the agony of Balochistan’s people. Journalists in Khyber Pakhtunkhwa and Federally Administrated Tribal Areas had also been targeted in the past but the government instead of providing protection to journalists had turned blind eye towards their woes and least bothered to take tangible steps in this regard, he said.

He said the government should announce compensation for the devastated relatives of journalists and others who lost their lives in Quetta explosion. He lamented that journalists were among the underprivileged segments of the society.

“When a journalist loses his life in the line of duty neither the government nor the media outlets they worked for announce any proper compensation for the devastated family who had just lost their sole bread winner,” Saifi maintained.

He, therefore, demanded of the governments to make sure protection to the journalists and citizens and announce compensation package like the grieving families of government officials get after they lose their near and dears in terror incidents.

Mian Iftikhar Hussain, Central General Secretary of the Awami National Party (ANP) said that National Action Plan had failed as more than 70 outlawed factions were present and reorganized under different names. Lashing out at the government he said that the security apparatus of the country had failed to control the terror outfits.

He asked the government what was it waiting for and carrying out drastic measures and against terrorists in the country. He also urged the civil society and citizens to unite at a single platform and raise their voice against such horrific attacks.

He added that the Quetta attack was a targeted attack. He also urged the government to bring changes in their policies to nip the evil in the bud. The former KP information minister said it was high time to organise and force the government to take steps towards uprooting militancy and terrorism.

Earlier a condolence reference was held at PPC wherein prayers were offered for the deceased of the Quetta tragic incident. The participants also prayed a speedy recovery of the injured.

At least 63 persons lost their lives and more than 40 others injured in the Quetta suicide attack on Monday morning. Shahzad Ahmad, a private TV channel cameraman was also among the dead while another cameraman was severely injured. 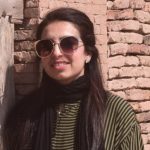 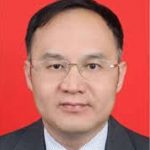