Tobacco taxation can positively contribute to revenues for education budget

Society for Protection of Rights of the Child (SPARC) organized a briefing session on “raising taxes on tobacco products for revenue generation” at National Press Club Islamabad on Monday. 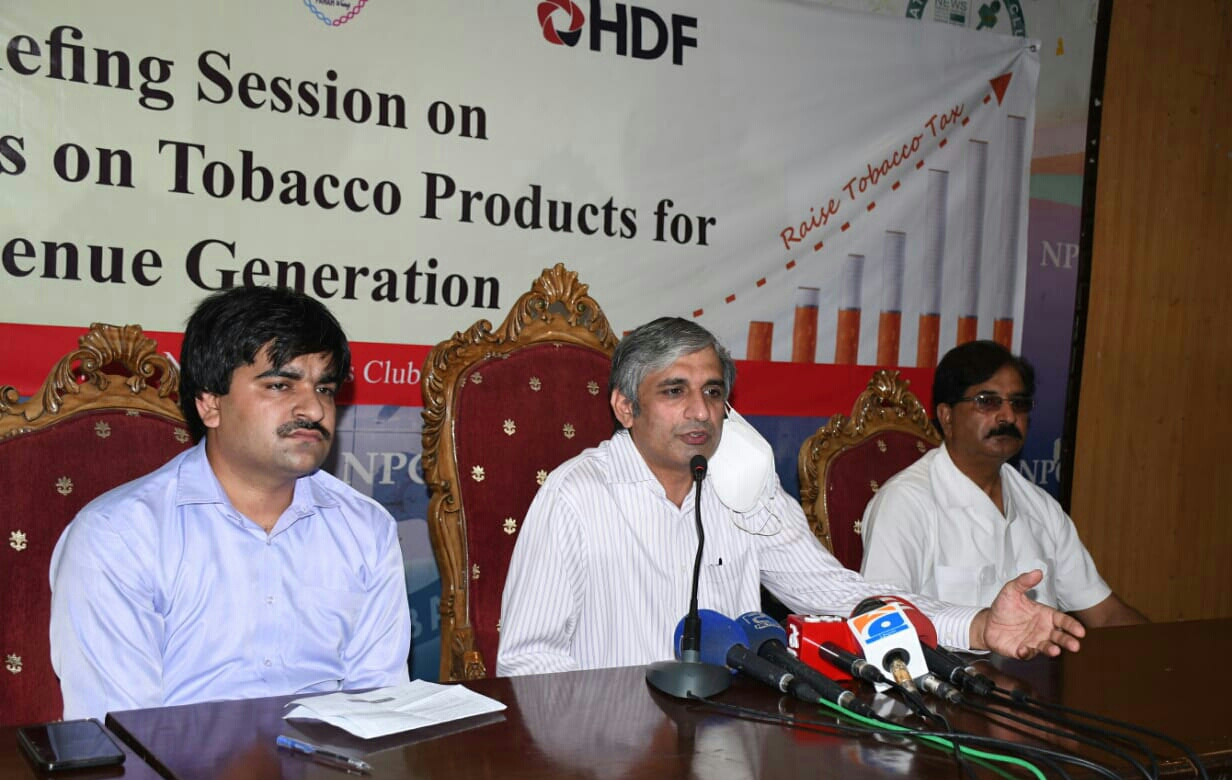 Sajjad Ahmed, Executive Director, SPARC said that Pakistan has not made much progress on its commitment of providing free and quality education to every child according to article 25-A of constitution. Pakistan has around 87.938 million children approximately 47% of Pakistan’s total population. An estimated 22.8 million children between the age of 5-16, 44 percent of the all children in the country are out of school. This is one of the highest number of out of school children in the world. Allocating the salaries of teachers does not equate to working on education. Adequate budget should be allotted to convert primary schools in to middle and secondary schools to curb down the drop-out-ratio of children.

Waseem Saleem, Senior Economist, Social Policy and Development Centre (SPDC) said that the level of under-reporting of cigarette production in Pakistan has significant negative implications for government tax revenue. Revenue loss due to undeclared production is estimated to be Rs 31 billion while by including GST revenue, it becomes Rs 37 billion (considering the average FED rate of Rs 1.93 per cigarette in 2016-17, calculated by dividing total revenue by the volume of sales).

Khalil Ahmed, Manager Research & Communication, SPARC said that the volume of illicit trade is very low as compared to the claims made by the tobacco industry. He further added that the annual economic cost of smoking in Pakistan is as high as Rs143.208 billion.

He further added local manufactures of cigarettes have their representation in the Senate and National Assembly and big companies even approach the Prime Minister to plead their case regarding taxation on tobacco products.