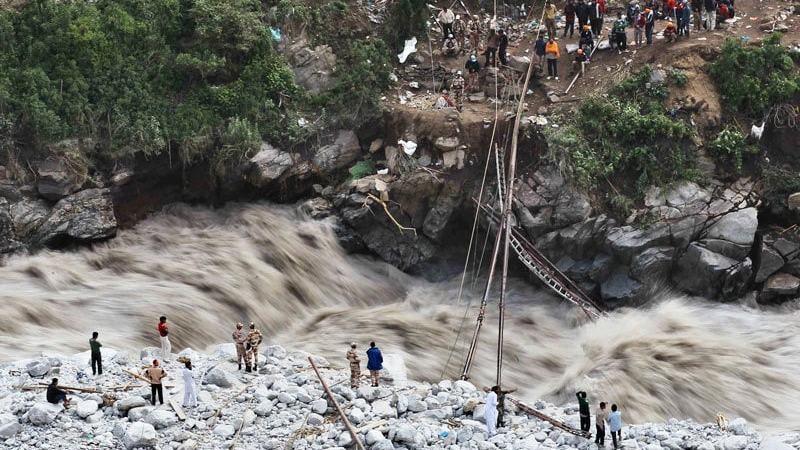 Since early notice given by the specialists of Golf venture the most inclined locals to the disaster were shifted to safe spots in nearby hills.

No loss to humans happened.

Rescue tents were located in the valley a week prior to the misadventure.

The teams of rescue 1122 and Alkhadmat Foundations continue shifting people to the safer zone.

They have also placed ladders in many places across the stream to keep the supply of food and medicine.

Some 500 families got distressed from the flood.

The headwork of 108 megawatts Golen Gol power station also been ruined, which leads to its closure. The water of Golen Gol Golen valley likewise used for drinking and irrigation systems in many villages. Due to its impairment 350 residents of an adjacent village named Mori lower have also been affected.

Officials of government visited the affected areas and showed satisfaction about the rescue works.

Local people implored that roads should be made accessible in the first place to avoid any incident related to health.

Abdul Wali Khan, Assistant Commissioner (AC) Lower Chitral in his visit said district government will provide every help to the aggrieved families. The damage sites will be reconstructed in early priorities.

According to local-based media, however, people of Golen valley direly lack food and shelter. Just fifteen tents and an equal number of foods have been provided by the district government till to the date.