You are free to go to your temples 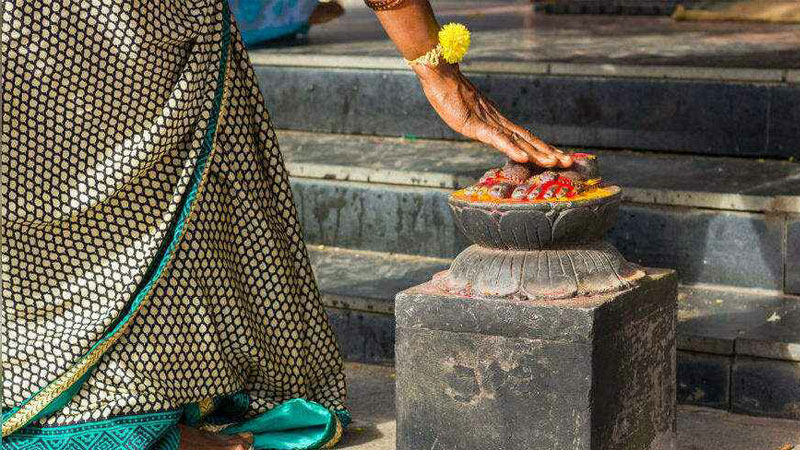 About 73 years ago, millions of Muslims migrated to land in anticipation of practising absolute religious freedom that was otherwise denied to them in Hindu-dominated Subcontinent. Therein, their mosques were burnt down, they were martyred during prayers and faced religious and economic discrimination because of their religious identity. Albeit being numbered in millions, post-withdrawal of the British empire, Muslims were destined to reduce to just another minority to be ruled by a Hindu majority whose bias and bigotry against Muslims was evident. So, Muslims moved to their homeland, Pakistan. But today, seven decades later, a homeland created by a minority of subcontinent is shrinking for its minorities. A country created in the name of Islam – a religion that advocates equality of all human beings – is failing its minorities.

In the latest episode of religious intolerance, the target was Shri Krishna Mandir, the first Hindu Temple in Pakistan’s capital, Islamabad. Prime Minister of Pakistan, Imran Khan – a vocal proponent of minority rights in the country – in a meeting with a delegation of MNAs of religious minorities approved the grant of Rs 100 million for the construction of a temple on the land allotted to Hindu panchayat by the former government in 2017.

The demand of Shri Krishna Mandir by Hindu panchayat is premised on the grounds that for a Hindu population of about 3,000, there is not even a single temple in the capital of the country and those existing ancient Hindu temples in the city have been abandoned long ago. Now, with the unavailability of a temple, the Hindu community is deprived of their fundamental religious needs: a crematorium, a place for worship, prayers, rituals, marriage ceremonies and religious festivities like Holi, Diwali etc., all of which are now being organised at public and private places like halls or marquees.

Just within a few hours, the news of construction a new temple spread like a wildfire and with that an unbridled campaign where the social and electronic media remained front-line players. The campaign on social media comprised of bigotry, religious manipulation, warnings to the Prime Minister of Pakistan and death threats to the Hindu community. The clergy openly came out in protest and threatened the government of the ‘severe reaction’. The political representatives including the government allies did not remain behind either and opposed the construction of the temple and labelled it as ‘un-Islamic’. Just when that was not enough, few vigilantes went to the temple’s site and destroyed the newly erected walls of the temple and gave azaan standing atop the destructed edifice.

Resultantly, as expected, the government cowed down and sent the matter to Council of Islamic Ideology (CII) to seek advice if an Islamic State can provide financial assistance for the construction of a non-Islamic place of worship.

The religious intolerance and sense of religious supremacy are common traits of people of Subcontinent and these traits are rooted in the dominance of clergy and its control over the social and political sphere. The problem with bigotry is that once it seeps into a human mind, it becomes impossible for it to be eradicated. Once the seeds of bigotry are sown, they proliferate and spread their roots in the social fabric so swiftly and deeply that the populace becomes completely blind to it. The naked demonstration of it took place when the current government of Pakistan had to retract its decision of including a renowned economist, Atif Mian – an Ahmadi Muslim – in its economic team. That was the starkest revelation of how deeply bigotry has seeped in our social fabric that it resides in our homes now.

Amidst this, there were tiny victories too that Pakistan has witnessed lately which appeared not short of any miracle. First the State’s victory against Khadim Hussain Rizvi – a right-wing Islamic scholar and founder of Tehreek-e-Labbaik Pakistan, a religious-political organization – who was apprehended after repeatedly creating mayhem in the country over blasphemy laws and exoneration of Asia Bibi by the Supreme Court of Pakistan. The other feat was opening of “The Kartarpur Corridor” for the Sikh community of India. Both times, Pakistan had moved many steps forward by defeating the right-wing powers in the country.

If Pakistanis don’t have a heart big enough and their land wide enough for its minorities to build their places of worship, not only do they lose the moral ground to whine and protest about the oppression of Muslims anywhere in the world but it will make them equivalent to followers of RSS/Hindutva who are persecuting Muslims in India.

Every religion is sacred. Every religion preaches peace unless it is taken over by extremist elements and make it a manipulating tool to mislead the masses. No religion can be a threat to other religion from outside. Its followers are its strongest guardians and its greatest enemies. A national introspection is the need of the hour to reflect as to how did the followers of Islam – the religion of peace and humanity – and the followers of Prophet Muhammad (PBUH) – the greatest human being and a strong proponent of minority and human rights – went astray, forgot the basic principles of humanity and religious freedom and ended up becoming a danger for their religion.

The proclamations by the State of Pakistan regarding religious freedom of minorities will remain hollow until Article 20 of the Constitution of Pakistan, which states:

(a) every citizen shall have the right to profess, practice and propagate his religion;

and (b) every religious denomination and every sect thereof shall have the right to establish, maintain and manage its religious institutions,

is implemented in letter and spirit. Further, the cyber laws should become effective in stifling the religious hate-speech and those who challenge the State with their bigotry and religious incitement should be combated and apprehended.