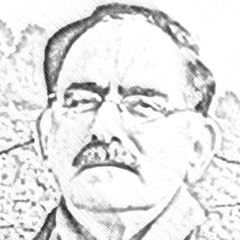 After battling with the deadly COVID-19 for four months, Pakistan was able to quickly reign in the spreading pandemic as the number of cases started declining in July as compared to June. But the question looming large over the country is whether this trend will not be reversed as another surge is in the offing with the approach of the big festival of Eidul Aza.

London Imperial college estimated in its latest comment that the pandemic in Pakistan is “on course to fade out,” saying with the 0.74 the Coronavirus “reproduction  rate in Pakistan is among the lowest in the world.”  But it warned the government against any complacency to avoid its resurgence.

Few experts will contradict that the first spike came soon after last Eid following the holy month of Ramadan, as people cast aside all precautions and went for frenzied shopping and partying to celebrate the occasion.  As forewarned by Prime Minister Imran Khan, “If we are carelss on Ediul Azha, the virus can spread again.” Yet another surge of novel coronavirus is looming at Eidul Azha. The alarming spread of the deadly pandemic  had sent shivers down the spine of those  trying to check its spike  after the month of Ramadan. Another big event of Eidul Azha by the end of the month will present itself as a daunting challenge to the authorities not to allow a repeat of what happened after Eidul Fitar as it can waste the progress made in last month across the country. This religious event of vital importance to Muslims to offer qurbani (sacrifice)of animals in memory of the tradition of the Hazrat Ibrahim is an occasion which generates economic activities worth billions of Rupees. An estimate put the sale and purchase of livestock alone to the tune of $2.8 billion. So, it helps both the poor and the business connected with trading in animal hides.

But in the presence of a spreading virus the challenge is now to manage selling and buying of the animals and how to ensure implementation of precautions spelled out by the health experts to contain the spread of the Covid-19. The pandemic which has already consumed over 5000 lives and affected over two lach forty-three thousand people across the country, with a continuing wrangling of the government and the opposition over how the life-threatening virus needs to be tackled. The much needed political consensus is missing. Although the opposition did make an offer for conciliation, the PTI government declined to accept. Perhaps it failed to realise the onus rests much more on it than the opposition to sit together with the  latter to work out  a joint strategy to meet a health challenge of  gigantic proportions decapitating economy of the country.

Those who closely watch the huge livestock business during the Eid festival will agree that villagers toil and spend a lot of money to prepare their livestock especially cows, goats and sheep throughout the year to get a good bargain by selling their animals on the occasion. Just one week before the Eid, both the villagers and owners of small farm houses bring  their animals  to the dedicated open market spaces and  open places to sell  at the demanded price. They quite often get away with the exorbitant price as buyers are ready to spend  on this occasion, although those with bargaining traits do purchase their sacrificial animal at a reasonable price . The question here is how best to carry on this business within the prescribed limits of the doctors to avoid another spike of the pandemic? Some enterprising individuals have come up with the online sacrificial services on the occasion but it will not be possible to both win confidence and cater to the needs of the people intending to offer “Qurbani” (sacrifice) . It is a challenge for the government, sellers and buyers to meet hence a strategy well in time has to be worked out  to avoid confusion with all the stakeholders. Time is of the essence as a clear message must be sent across to those concerned and provide enough time to the city administration to take steps for implementing  the call like ” sell  and purchase your animals ,do not spread pandemic ” .  The federal and the provincial governments along with the opposition need to use this window of Eid festival to gel together and at least agree on one point agenda of jointly fighting the pandemic in the larger interest of the people who they represent. If the governments in power both at federal and provincial level  frittered away this opportunity by  scoring political  points against one another at the cost of the lives of the people and the national economy , it can spell disaster no one will be able to cope with and will waste all the efforts mounted in last few months. Within the short period, the pandemic crippled the economy and exposed millions of people to a situation where they did not have resources to feed themselves, still further pushing millions more under poverty line.

The interaction of the rural and village people has to be managed keeping in view the stark realities of the pandemic. Otherwise the virus will spread in the villages where live over fifty-seven per cent of the country’s population which play a key role in our agricultural economy. Any lay back approach on this occasion of Eidul Azha will be too big a risk to be even pondered. But all the portents are indicating that the PTI government  is in the dilemma  whether to go for abandoning the  sacrifice in view of the clear risks involved or to let the people take it as a usual business , consigning  them the fate of herd immunity. If the past is any guide ,abandoning the event the way Saudi Arab decided to restrict the haj, looks impossible. So as the provincial governments mull over the matter, the possibility is to shift the cattle markets outside the city centres.  But mingling of the urban and rural folks will consequently bring the virus into villages leading  to its another surge  while extending the period of  flattening the curve .This  will have  crippling impact on the economy which has already been hit hard by the novel coronavirus.