The Indian quest for regional supremacy through different manipulated approaches is finally bearing its adverse effects. In the recent past, India has adopted some unprecedented policies at domestic and regional fronts to spread the ideology of “Hindutva” and achieve the status of regional power. India is one of the strongest allies of the US in South Asia. China is close to achieving its milestone of becoming an economic giant, which has raised concerns over the hegemonic status of the US. Hence, the US desires to promote India as a regional superpower. These multifaceted global and regional interests have placed the Indian territory to face a new emerging crisis. While facing challenges on its borders with China, Nepal and Pakistan concerning Kashmir, India may have its devastating effects on the country, along with an internal crisis regarding the minorities’ status. 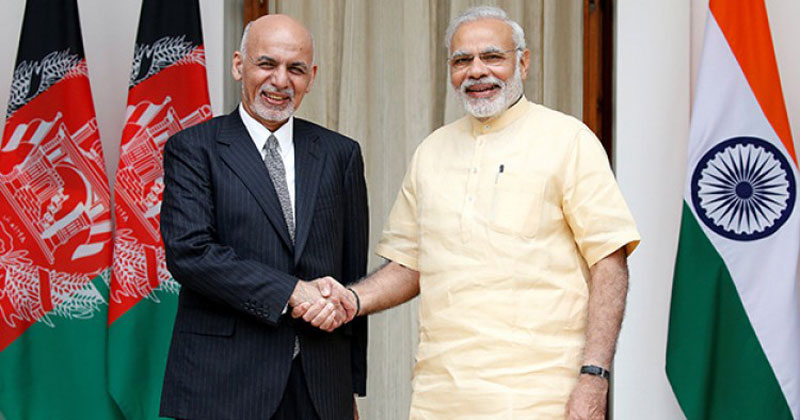 Since the Cold War era, India always sided with Union of Soviet Socialist Republic (USSR), which also resulted in its support to the Northern Alliance of Afghanistan against the Taliban regime in Afghanistan.

After the rise of China as an emerging superpower, the US had to play its cards in the favour of India and to keep a check on Chinese activities in the region. This new bondage between India and the US get started in 2008 following the signing of the nuclear deal. The reason for providing special assistance and to defend India on every platform is because the US wishes to see India as a regional power in its region, to which China is a presumed threat.

China’s project — Belt and Road Initiative (BRI)– has sowed the seeds of fear for the US regarding China as an emerging superpower. China-Pakistan Economic Corridor (CPEC)–the key element of BRI–had further heightened the tension between China and the US. India and Pakistan are both playing their roles as allies to these major countries. The only difference is that India is exposed to toxicity at various fronts while Pakistan is strategically and economically benefitting, from being an ally to China. The provision of special assistance and favours to India by the US is eventually leading India to face new challenges on several fronts.

The peace deal between the Taliban and the US has given a setback to the Indian clout in Afghanistan. Despite India’s wishful opposition, both Taliban and the US reached a peace agreement leading to the withdrawal of the US troops in Afghanistan. Indian policy towards Afghanistan is not driven by ideological or humanitarian concerns. Rather, it is based on its intentions to limit Islamabad influence in Afghanistan and initiate anti-Pakistan activities from the Afghan soil. These Indian designs and presence in Afghanistan have largely affected the peace and stability in Pakistan in general and Balochistan in particular. However, the fact cannot be ignored that the insurgencies and terrorist activities carried out across Pakistan are mostly Indian-sponsored.

Indian policy towards Afghanistan is not driven by ideological or humanitarian concerns. Rather, it is based on its intentions to limit Islamabad influence in Afghanistan and initiate anti-Pakistan activities from the Afghan soil

India dragged itself into a more complex situation to achieve the status of regional power and spread the Hindutva ideology under Narendra Modi’s premiership. Since this May, the situation between India and China in the Ladakh region is critical over the border dispute in Galwan valley. After six decades, both states (China and India) are again confronting each other. The mutual agreement over the Line of Actual Control (LAC) restricts both states from using military capabilities against each other and calls for a reduction in the military force at the disputed border to restore peace in the region.

However, the agreement also bound any infrastructural development for the military purposes by either side for maintenance of peace and stability. Moreover, the situation in the Galwan valley/Ladakh deteriorated while Chinese censured India of violating the laws of the LAC. As per the reports by Chinese media, India is involved in the construction of facilities and communication network to facilitate its military activities in the valley, which is against the 1996 agreement. Currently, India is facing its territorial disputes on three fronts that are with China, Nepal and Pakistan.

On May 8, the Indian government inaugurated the construction of Darchula-Lipulek Pass link road in the disputed territory with Nepal. The link road will pass through the area of Kalapni, which is claimed by both India and Nepal. Kalapani is located at the corner of Uttarakhand’s Pithoragarh district between India and Nepal. In November 2019, India developed a new political map showing Lipulek and Kalapani as part of Indian territory. The Indian assertive policies have aggravated the Nepalese sentiments. In retaliation, Nepal has also developed a map showing Kalapani area as part of their territory.

If someone becomes stubborn for expansionism, it creates danger for world peace. The entire world has made up its mind against expansionism. Boosting the morale of the soldiers is the right of every leader but at the same time, India should not undermine the territorial rights and powering capabilities of neighbouring states, especially in the case of China.

Indian designs to compete and contain China are not a realistic approach. China can give a tough time to India on every front. Despite being a weaker state, Nepal would also not compromise on its territorial rights. Indian aggression would force Nepal to align with China. Pakistan would also never compromise on its stance on Kashmir. If India continues to adopt her aggressive policies, it would lead to numerous challenges, both internally and externally.