Pakistan ranks 151 out of 153 countries on the Global Gender Gap Index Report 2020 index, published by the World Economic Forum. According to the 2017 census, women constitute half of the country’s population due to many social, political and economic factors. The political participation of women as voters as well as candidates remains significantly low, particularly the women living in rural areas of Pakistan. Currently, there is a huge gender disparity in the voter lists and there are over 15 million fewer women voters as compared to men voters. This number has been increasing day by day as due to ongoing COVID-19 pandemic, fewer women are visiting NADRA to apply for Computerised National Identity Card (CNIC), which is a pre-requisite to register a person as a voter in Pakistan. If the NADRA starts registering these 15 million women voters from today, with an average of facilitating about 20,000 women daily, it would take another two years to fill the gap and bring gender equality in the voter lists. With an existing gender disparity in voter lists, a large number of women will not be able to use their constitutional right to vote in upcoming local government elections. The ECP should start working with NADRA and civil society organisations to identify areas with low women voter registration and innovate methods to fill the gap in voter lists. The authorities can utilise teachers as mobilisers and data collectors to facilitate women’s voter registration. The politicians can also play a significant role in driving women voter registration campaign in their respective constituencies.

Another pertinent challenge for women’s political participation is barring them from using their right to vote. In General Elections-2018, the women voter turnout remained only 40 per cent as compared to 60 per cent for men voters, which means only 21 million out of the 46 million registered women voters at that time used their right to vote. The Elections Act- 2017 addressed this issue by declaring elections null and void in a constituency where women turnout is less than ten per cent on the polling day but this provision is inadequate as this only covers the overall women’s voter turnout in a constituency, not in a particular polling station. What if the women voter turnout remains over 10 per cent in a constituency but 0 per cent in a particular polling station? 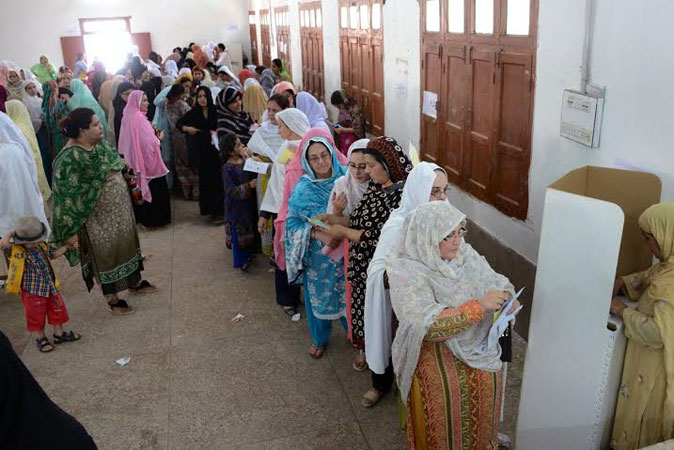 The law is silent in such case and these types of restrictions were also reported in General Elections-2018. There is an urgent need to look at the provision and to declare the elections null and void in a polling station where the women voter turnout remains less than 20 per cent.

The writer is development practitioner working with PODA-Pakistan a leading women’s rights NGO based in Islamabad.