India carrying out its own version of territorial revisionist policy: expert 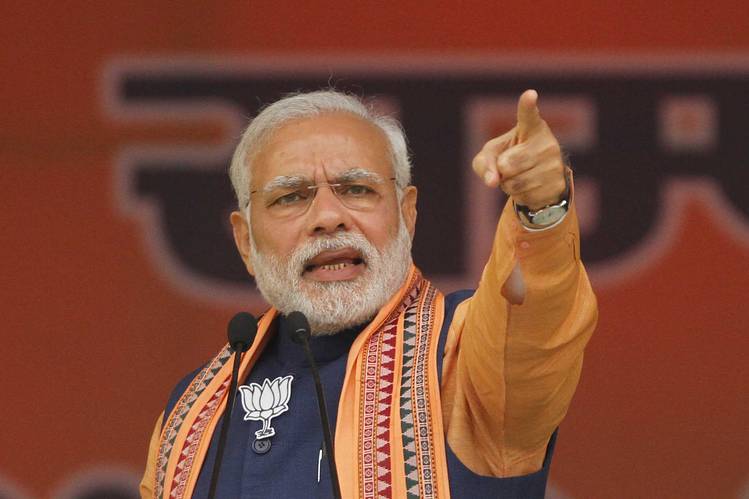 A Chinese expert said that India is carrying out an Indian-version territorial revisionist policy after four militants were killed by Indian security forces in Kashmir and noted that the South Asian country is trying to deflect its people’s dissatisfaction over real domestic issues, such as COVID-19 and the economy, onto border conflicts with its neighboring states of China, Pakistan and Nepal.

India and Pakistan exchanged fire on the Line of Control (LoC), dividing Kashmir, on Sunday, and four militants, including a Pakistani national, have been killed by Indian security forces in two encounters in Srinagar, Jammu and Kashmir’s summer capital, the Indian Express reported on Monday.

According to AFP, Pakistan’s Ministry of Foreign Affairs Sunday said it had summoned the Indian charge d’affaires “to register Pakistan’s strong protest over the ceasefire violations” that, it said, led to the death of a teenage resident on Saturday.

Two other civilians including a child were seriously hurt, the ministry said.

“India now is carrying out an Indian-version territorial revisionist policy,” Lan Jianxue, an associate research fellow at the China Institute of International Studies, told the Global Times on Monday.

“New Delhi revoking Indian-controlled Kashmir’s semi-autonomous status last year is the main cause of the subsequent turmoil of frequent exchanges of fire between the two countries,” said Lan.

The clash in Srinagar was the second such encounter in the old city and brought the death toll of alleged militants to more than 100 in 2020, said AFP.

New Delhi also has a frontier dispute with neighboring Nepal and tensions with China that last week left 20 Indians dead after a fight involving nail-studded batons, rocks and fists, while there were also an unknown number of Chinese casualties, AFP reported.

Lan pointed out that India has started to implement Hindu nationalism and has chosen an aggressive, radical and hardline policy route since the ruling National Democratic Alliance (NDA), led by Prime Minister Narendra Modi’s Bharatiya Janata Party (BJP), secured a landslide victory in the country’s election in May 2019.

“New Delhi has been drawn into territorial conflicts and disputes with China, Pakistan and Nepal due to the expansionism and inflated nationalism promoted by the Indian government,” Lan noted.

India thought China might not respond strongly to their border issue as China is busy containing the COVID-19 pandemic and dealing with the deterioration of China-US relations, which misestimated the current international situation, its own national strength and China’s determination to safeguard its territory, thus ending up suffering painful consequences, Lan added.

New Delhi has been stepping up counter-insurgency efforts in the disputed territory since the nationwide coronavirus lockdown was imposed in late March, said AFP.

“Modi’s administration is trying to manipulate border conflicts with neighboring states to deflect Indian people’s dissatisfaction from real domestic issues, such as inadequate control of the coronavirus pandemic, difficulty of work and production resumption, and slowing economy, as well as rising prices of raw materials and oil,” Lan stressed.

The ministry reported 306 new deaths and 15,413 more cases during the past 24 hours across the country, the highest single daily spike in new COVID-19 cases in the country so far, said Xinhua.

“China’s determination to uphold territorial sovereignty will not change, but is also open to dialogue to resolve conflicts,” said Lan, warning that China, however, must also prepare for the risky moves resulting from Indian nationalism.

Chinese State Councilor and Foreign Minister Wang Yi suggested on Wednesday that China and India strengthen communication and coordination on properly addressing the border situation and jointly maintain peace and tranquility in the border areas.