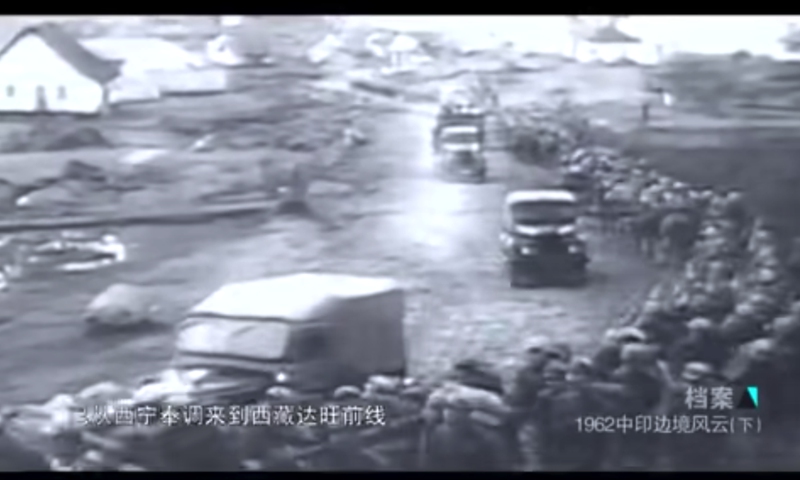 A Chinese documentary on the China-India War in 1962 has come back into the spotlight on Chinese social media following the border clash between the two countries on Monday. Many netizens in China have recommended the 7-year-old film to people who want to learn more about the history of the conflict.

The documentary, first released as an episode of the program History on the Shanghai Television Station, introduces how the Chinese military defeated the Indian troops that had tried to invade Chinese territory along the border in October 1962. Chinese netizens found some of the details in the documentary inspiring.

“This was the first self-defensive counterattack along the border by the Chinese People’s Liberation Army (PLA) to safeguard the country’s sovereignty and territorial integrity since the founding of the People’s Republic of China,” the documentary said.

According to the documentary, after hearing the news of the PLA’s counterattack, the Indian government was shocked. The country’s defense minister was unable to provide an answer on how to resist the Chinese troops during an interview, saying that the troops were able to go wherever they wanted to.

“I can completely see our country’s attitude through the documentary. Whether it be 1962 or 2020, we have never provoked anyone, nor have we ever been afraid of other’s provocation,” netizen Muzijin commented on China’s Twitter-like Sina Weibo, representing a majority of users’ voices on the platform.

Some netizens pointed out that the documentary reflects the military power of the PLA. During the war, three PLA soldiers were able to destroy an Indian artillery position and defeat an infantry battalion during a battle.

Pang Guoxing led two soldiers, Ran Fulin and Wang Shijun, to sneak 7.5 kilometers behind enemy lines to disrupt the enemy’s movements without receiving a single injury. This event has been considered a representative example of how to defeat a force superior in numbers with a small group.

“Young people should watch this documentary to learn more about the history between China and India,” another netizen posted on Sina Weibo.